How (and why) to attend a mining conference

Going to a mining conference looking for investing tips is like walking into a strip club hoping to find a soul mate.

The ambiance and the clientele conspire against you.

Despite that, we strongly urge you to attend The International Mining Investment Conference in Vancouver, May 15 & 16, 2018.

Because after six hours of walking the aisles, you’ll understand how mining companies market themselves – and that will help you make good investment decisions – and avoid bad ones.

There are also a number of speakers that you should catch – including Equity Guru’s own Chris Parry.  More on that later.

A Mining Conference Primer: there will a lot of old (mostly white) men in expensive suits.  If you spot a badly dressed man he is either:  a.  very poor or b.  very rich.  If you want to know which – look at his shoes.  If they’re cheap – then he’s poor. Don’t shun him.  He probably has a good story to tell. 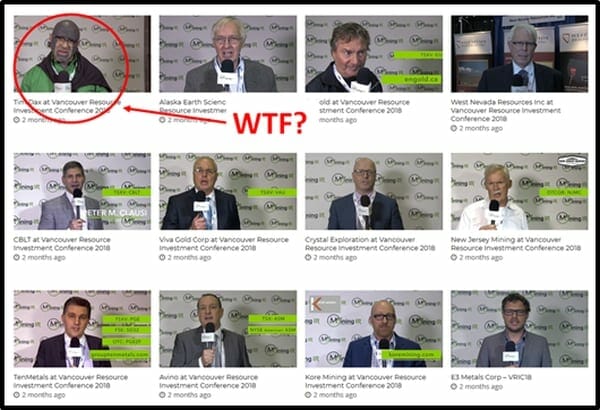 Many of the mining companies will recruit “booth babes” (curvy young women) to sit in front of the display – in the hope that the old men in suits will be drawn to them.  While the gender-politics is retrograde – the psychology is rock solid.

Just as a mortally wounded black bear is still attracted to honey (though it has no hope of metabolising it) most older men are enslaved by archival urges. 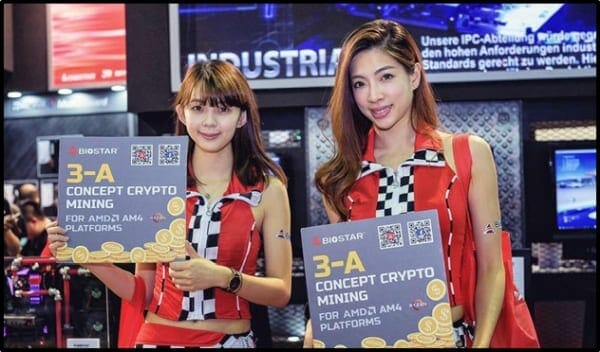 Important note: the “booth babes” are not always professional entertainers.  Often, they are secretaries – pushed into the spotlight for the day.

At first glance, every mining company looks the same: an aerial photo photograph of a forest cut into a grid; an airborne survey with fluorescent hot spots of “potential mineralisation”; a 128-pt. bombastic quote by an analyst with a lot of consonants in his last name.

If you stop and listen, the pitches will also sound the same.  By the time you exit the conference, you will have memorized the phrase, “under-valued compared to our peers”.

In reality, the conference is not a completely homogenised mass.  The photograph below illuminates some of the classic mining-conference formations: 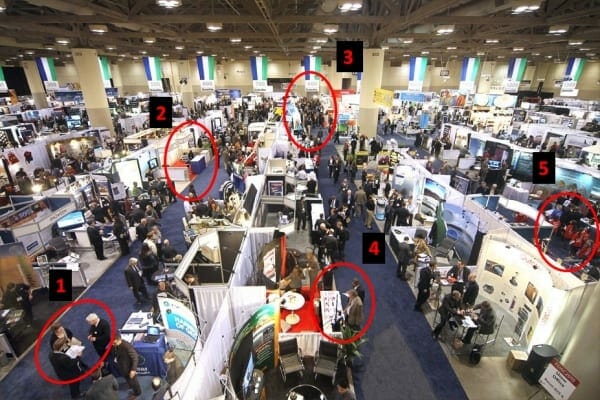 We also recommend attending speeches and panels.  There are a dazzling number of choices: “Major Market Breakouts That Need To Be Watched”; “Add a Zero to Your Net Worth—The Coming Super-Bubble in Gold Stocks”; “From Exit to Next-Tech: Two Young Mining Leaders Discuss What’s Next”; “The Re-Electrification Of Everything – What It Means To Your Wallet” etc. 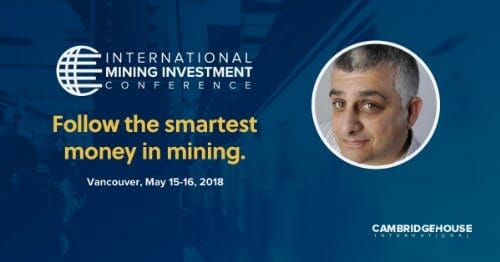 But then he had a second, ever bigger insight, “I can’t let the client companies control the message.”  He put his middle finger up at a business model that’s been around for 50 years.

Companies pay us to keep them in our attention span, because not doing so means being out of the conversation, and that leaves a company as just another ticker on the outside looking in.

But when those companies pay us to discuss them, they don’t receive any automatic pass. We’re clear with them about this: they have to hit the milestones they’ve laid out, they have to run their company as a business and not a promotion, they have to do what they said they would do when they invited you to be a part owner.

If they don’t, we’ll be the ones hitting first and hardest. That’s important to us – and to the companies involved – because only then will you believe us when we say nice things about those companies.

That’s what’s made us so successful. We’re not promoters. We’re the ones who keep the promoters honest.

There’s an old saying: “Investors buy the story – not the stock”.

You’ll find that most exploration companies struggle to describe their project in a way that differentiates it from a hundred other projects.  Yes, grade is king.  But a successful exploration company is usually tethered to a compelling narrative.

The 2018 International Mining Investment Conference may not be a fountain of useful investment tips.

But it’s a perfect place to study the difference between a story and a stock.