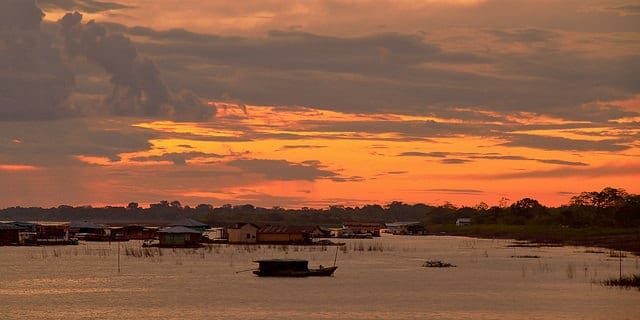 Now that Amazon is LITERALLY Taking Over The Post Office, You May Also Like VANC Pharma, The Detour Selloff Continues, Major Supply Concerns light Up the Cobalt Space.

The West Coast media buzz this morning was everyone’s favourite mail order catalogue conglomerate announcing a deal to set up shop in Vancouver. The Mayor, the Prime Minister and any chamber of commerce type with leverage and a sense of profile were all on hand to celebrate the notional role that Amazon’s Vancouver office is going to play “…in high-tech fields like e-commerce learning, cloud computing and machine learning.” No word yet on what that means exactly, or if it comes with free shipping. Amazon is going to take over the old Canada Post building at Georgia and Homer, epicentre of the 2011 Stanley Cup riot. Vice News has Canadian immigration policy playing a key part in Amazon’s Vancouver deal:

Last June, the Canadian government launched the Global Skills Strategy, an immigration program designed to make it easier for high-skilled foreign tech workers to obtain work visas in Canada. The program significantly cuts the amount of time that a foreign applicant will need to get a visa, from months to as little as two weeks.

For Now, This Is Still A Resource Economy

The Detour Gold selloff from a shortened Friday picked up right where it left off. DGC.T traded 8 million shares and lost another $76 million in market cap after several analysts who were on that awkward call Friday morning downgraded them. Credit Suisse analyst Anita Soni, who had pointed questions about why the company doesn’t figure their cost per ton into their reserve calculations, and clearly wasn’t buying the company’s answers, cut DGC.T to “neutral” from “outperform”, putting a $15.60 target on the stock. Detour closed -7.6% at $9.28

But that was yesterday’s news. Today the mining markets were all in a twist about the cobalt market. Already a victim of a lack of supply, the cobalt price has been pushed up to all time highs above US$ 90,000/tonne (currently $88,500/t). The blue metal figures to be further squeezed in the near term as infamous Isralei mining financier Dan Gertler filed for an asset freeze against Toronto listed Katanga (KAT.T), operator of the world’s largest cobalt mine in the Democratic Republic of the Congo. Gertler’s Ventora Development Sasu is the former operator of the mine, alleges that it is owed back royalties, and has asked the courts in the Congo to freeze the assets until they are paid.

Katanga corp is refusing to pay because the United States has designated Mr. Gertler and any companies controlled by him “Specially Designated Nationals,” which means that US persons or entities are not allowed to do business with them. Ventora eyes up the damages at $2.28 billion. Katanga has a $1.4 billion market cap.

Everyone circling up for a fight over the Katanga mine doesn’t help the cobalt supply (or the market’s perception of it), but it’s worth noting that Katanga hasn’t shipped cobalt concentrates since March 2016. The Congo is still the world’s largest producer by a wide margin, having produced 64,000 tonnes in 2017 (mining countries like Russia, Canada, Australia produce 4k – 6k tonnes a year, all as byproducts) and the rapid price appreciation isn’t lost on the local political establishment, who made it clear that they’re going to have to get theirs from anyone who wants to take it home, raising export taxes on cobalt in January.

Nobody In Saskatchewan Is On The US Treasury Blacklist. That We Know Of.

Perhaps striking while the iron is blue-hot, EG marketing client Copalt Power Group (CPO.V) announced a $2.5 million all-stock deal to acquire privately held Western Cobalt Corp. Western controls ground adjacent to UEX’s West Bear Cobalt-Nickel prospect on the Saskatchewan side of the Athabasca basin. There are not yet any co-ni reserves at West Bear, but high grade, near-surface mineralization certainly warrants further exploration, and would indicate that the area is a good one for Cobalt Power to acquire land. Stay tuned to EG for a full analysis of this move.

Everyone’s favourite uncle who friended them on facebook, and is trying a little to hard to be hip, Goodlife Networks (GOOD.V) beat their volume number from Friday’s shortened trading session

Vanc Pharmaceuticals, who are making hay while the sun shines on this Amazon news.

VANC.V first came to life in late November when Victoria based marijuana company who does not report their production Emerald Health Therapeutics (EMH.V) acquired a stake in the generic pharma maker (reported at 6.1%).

Today’s rally followed the release of their MD&A, which referenced an Amazon Web store that they intend to launch in Q2018 as though it had always been a thing, even though this appears to be the first mention of it in company literature, on the day that the Amazon circus came to town.

The Amazon store is supposed to be used for the sale of Hema-Fer, the company’s over the counter iron supplement, but between the acquisitions of the two software platforms, the deal with Emerald, and Amazon’s undefined but much-discussed foray into the healthcare field, we wonder if they aren’t telegraphing an extended utility to that web store.

Generic drugs are VANC’s bread and butter. They did $1.6 million worth of sales in 2017, and 75% of it was from generic prescription drugs. A good promotion would provide a few more details (but only a few) about their Amazon store in a news release when volume threatens to die down.

Our staff will be hanging around the Arcview Investments show tomorrow at Vancouver’s Westin Bayshore. If any of our readers are there and want to talk, send us a twitter dm. But if you just want to complain, email Chris.