The price of Cobalt – Co according to the periodic table – has been rather buoyant of late. This, despite a well circulated report last month suggesting this most critical of battery metals has seen its day in the sun and is about to grind lower. 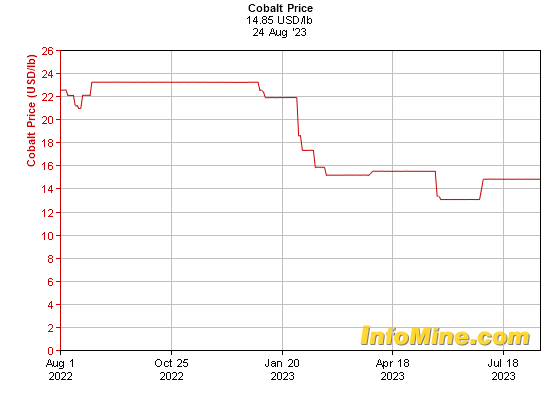 The last time I commented on the cobalt price it was trading at roughly $37.00 per lb. They’ve goosed it all the way up to the $43.00 level in recent sessions. Nothing like a 20% price gain to muzzle the naysayers. 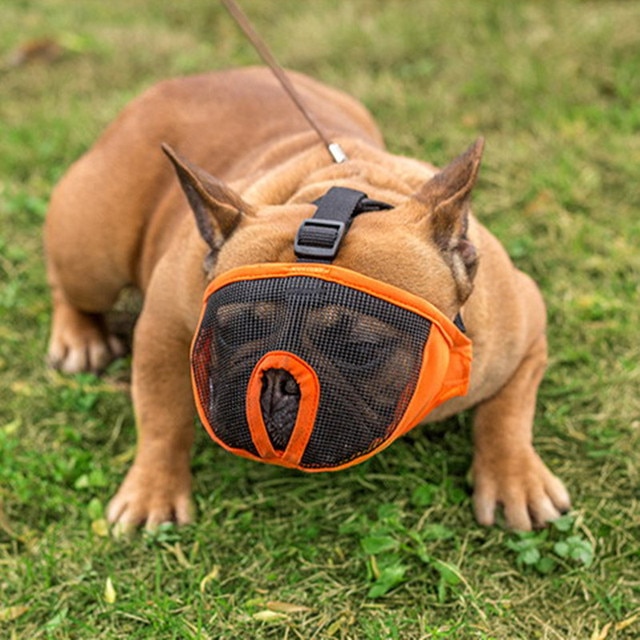 So, why does the price of cobalt continue to push higher?

In a word: DEMAND…

The production of Electric Vehicle (EV) batteries, cell phone batteries – batteries of all shapes n’ sizes for all kinds of gadgetry – is on the rise. These batteries cannot be produced without substantial amounts of cobalt.

Obviously, there’s more to the story than the demand side of the equation and a dramatic high altitude price chart.

It’s a SUPPLY thing too.

This isn’t a simple subject. It involves human rights. It involves politics. The issues raised around the globe about how and WHERE cobalt is sourced haven’t gone away. The DRC is still the world’s largest producer of the metal and this isn’t sitting well with groups like Amnesty International, Unicef and Change.org.

From a recent Equity Guru article on the subject…

By now, we’re all well versed on the role the DRC plays in the Cobalt supply chain – some 60% plus – and the jarring images that have emerged from that African nation involving a serious child-labour problem (Unicef estimates that 40,000 children work as artisanal miners in southern DRC, many of them in the Cobalt industry). This has prompted some of the larger Cobalt consumers to ATTEMPT to source their product in jurisdictions that employ a greater ethical/social standard.

For car manufacturers, the pressure is on. They need cobalt. They need vast quantities of it. What they don’t need are legions of pissed-off EV customers. A major consumer backlash, one which could develop if a certain EV manufacturer is busted sourcing Co from an evil empire, is something that needs to be averted at all costs.

And yet, the industry is committed to accelerating EV production well out into the future. Tricky…

In light of the fact that sourcing ethical cobalt is becoming increasingly difficult, companies like Apple are beginning to think outside the box – they’re looking at ways to source cobalt directly from non-DRC miners.

This innovative thinking, this championing of higher moral principals, is a most welcome development, especially coming from a dominant player like Apple.

The King of Cobalt Land:

First Cobalt (FCC.V): This is a company that has received fairly extensive coverage here at Equity Guru, and for good reason. FCC is on a mission to build the largest pure-play cobalt exploration and development company in the world. Not idle jaw flapping… this management team truly is on a mission.

To say that First Cobalt has been scouring the Co landscape, scoping out the terrain with a predatory eye, would be a bit of an understatement. They did it again…

FCC’s latest ‘friendly acquisition’ is a good one: US Cobalt (USCO.V).

This makes three strategic acquisitions for First Cobalt in the last nine months.

This latest takeover isn’t a done deal. Yet.

US Cobalt still needs to put it before shareholders for a vote, but the business combination makes sense. It’s win-win. The premium offered to USCO shareholders is a generous one too. I believe this one’s in the bag.

US Cobalt’s flagship asset – the object of FCC’s intense interest in the company – is their Iron Creek Cobalt Project in Idaho. 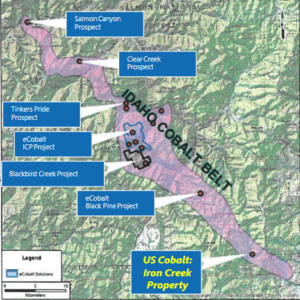 Due to the fact that the Iron Creek orebody was defined a number of years back, US Cobalt conservatively decided to treat the tonnage and grade estimates as ‘historical estimates’. This means that the information is considered by regulators (and thus should be by investors) to be heresay.

Obviously, First Cobalt management trusts the veracity of these historical numbers – they’re offering a fairly substantial premium for the project. The company intends to table a 43-101 compliant resource for Iron Creek later this year.

For perspective, just to give you a rough idea how a cobalt deposit like Iron Creek stacks up against deposits containing other metals, .60% cobalt is the approximate grade equivalent of a gold deposit sporting 12.5 grams per ton… or a copper deposit running a grade of nearly 8%.

Benefits of this latest acquisition:

Aside from establishing beyond a shadow of a doubt that First Cobalt is THE most active non-DRC consolidator in the junior cobalt space, the company is locking in an asset that gives it a foothold in one of the most prospective cobalt jurisdictions in the world. The company has an anchor in two such jurisdictions now.

The sweep of First Cobalt’s asset base:

This list is bound to change/expand over the coming months, what with the company’s insatiable appetite to acquire strategic assets, not to mention its aggressive exploration plans.

What I like about this deposit is the length/width of many of its mineralized intervals. Typically, what I see accompanying cobalt assays are narrow veins in the one to two-meter range. Iron Creek is broader. FATTER. It’s richer than most. Its mineralization is carried in a geological setting of semi-massive sulphides within sedimentary rocks. The mineralized zone has been traced for over eight hundred meters. The deposit is open to the west, and at depth.

An example of these broader mineralized zones is illustrated below. Note that the intervals here are measured in feet (something to do with the US still using the imperial system…). 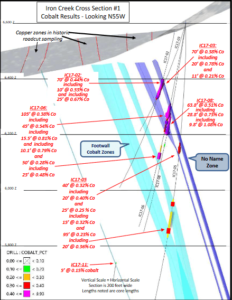 The (historic) deposit at Iron Creek is wide open for expansion.

Below are a series of hits released by US Cobalt two weeks prior to the announcement of the takeover – this mineralization lies OUTSIDE the current resource area. Iron Creek is destined to grow, perhaps substantially. You can put your calculators away now – the intervals below are also measured in meters.

In the same news release, US Cobalt released results confirming significant mineralization within the main target identified by the historical estimate at Iron Creek. A highlight hole from that release contained the following assays:

On March 23rd 2018, shortly after the takeover was announced, US Cobalt released another set of assays OUTSIDE the Iron Creek resource:

The 2017 drill results continue to expand the potential of the Iron Creek project and demonstrate the continuity of cobalt mineralization within the area targeted by the 2017 drill campaign. The underground drill program is currently exploring beyond the historical estimates to the West.  We are excited to continue the rapid exploration and then development of Iron Creek. Seven drill holes from these same targets have results pending and will be announced soon.

These are the kind of results that have the potential to expand an existing resource, the kind of numbers that could add significant tonnage.

Not too shabby at all.

Across the border, on March 26th 2018, FCC began releasing assays from the first drill holes near the Kerr Mine in the Cobalt North area of Ontario. Highlights include:

These two holes, over 160m apart, intersected cobalt mineralization that is considered contiguous, based on oriented core measurements. Continuity – connecting the dots – is always a good thing when you’re drilling off a potential orebody.

Cobalt North showed significant promise during the 2017 surface sampling and mapping work. These initial results confirm some of the early ideas we have for the structural setting for this area that make it highly prospective. Indications of both disseminated and vein styles of mineralization across a network for more than 100 metres make this an attractive target for a future bulk tonnage operation. With zones of mineralization now identified in Cobalt South and Cobalt North, we are seeing multiple opportunities in the Cobalt Camp for future primary cobalt sources to supply the North American battery market.

Then, on April 4th, on the Woods Extension Zone of the Cobalt South area, FCC released the following highlights from recent drilling:

We remain encouraged by the cobalt potential of the Woods Extension Zone. Broad breccia areas have not been seen previously at either the Frontier or Keeley Mines and new fault zones continue to be found. We have confirmed cobalt occurs in two different structures at relatively shallow depths that may extend to surface. The key objective of the 2018 exploration program is to identify potential targets in the Cobalt Camp that could be amenable to open pit mining.

I’d like to think that FCC is only scratching the surface so far at the CCC. What I’m still hoping to see out of this camp in the coming weeks/months is a monster hit of disseminated mineralization assaying .3 to .5% cobalt over 50 meters or better. With the number of historic high-grade veins that were previously mined on their claims, the potential for a large disseminated Co deposit has to be considered quite good. We could see such a discovery this year. The company plans to work their ground pretty damn hard for the remainder of 2018…

This is THE go-to multi-project company in the cobalt exploration space. Now, after this recent business combination with US Cobalt, they sport an enhanced market profile; one with a solid institutional shareholder base, a solid balance sheet, and a super-solid management team.

I suspect that anyone taking advantage of this current share price weakness will be handsomely rewarded in the months to come. We stand to watch.

FULL DISCLOSURE: First Cobalt and Cobaltech were Equity.Guru marketing clients when they merged. While their contracts have since expired and they are no longer technically clients, we continue to cover the parent company to ensure they receive the full benefits of what they paid for before Cobaltech ceased to exist.