Cann Group (CAN.ASX) skates away in 2017, doesn’t look like stopping

Something quite remarkable took place at the 2002 Winter Olympics in Salt Lake City. Australian Steven Bradbury took out the gold medal in the men’s short track 1000m speed skating event by just hanging in there and letting the front runners implode in spectacular fashion.

His strategy from the semi-final onwards was to cruise behind his opponents and hope that they crashed, as he realised he was slower and could not match their raw pace. His reasoning was that risk-taking by the favorites could cause a collision due to a racing incident, and if two or more skaters fell, the remaining three would all get medals.1

In some ways, that’s how things played out in the ASX cannabis sector in 2017. By any metric, Cann Group (CAN.ASX) finished the year ahead of the pack even though they gave others a  head start.

And it doesn’t stop there. Hell, the stock added 35% to an already inflated price on Thursday, January 4th and stayed in the green Friday, closing the week at $4.01 for a market cap of AUD $397m.

Cann Group a worthy winner in 2017 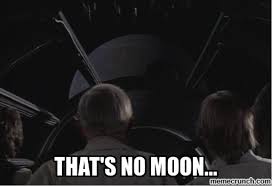 The 4th was definitely with CAN. After listing in May at double the $0.30 offer price they continued to rise throughout the year, finishing at a blistering $2.74.

Also, they’re the only ASX weed stock to have broken and held the one buck barrier in 2017.

Three other names saw blue sky above a dollar, albeit briefly:

“We would like to be, potentially, the world’s number one medicinal cannabis supplier,” Greg Hunt, Australia’s Health Minister said in a statement.

2018 ushered in with a wild week for weed stocks

Closing out this past week on a high, AusCann (AC8.ASX), BOD Australia (BDA.ASX) and Cann Group (CAN.ASX) have delivered shareholders with impressive 1-week returns. Anyone invested in the sector is surely pleased with the performance of pot stocks over the past 5 days. (See chart).

Most of the trading gains were made on Thursday and Friday, and the dip in the US on the back of Sessions’ memo didn’t appear to hamper sentiment much, although profit taking was evident in some names Friday. Not uncommon as traders tend to trim risk heading into the weekend.

Creso Pharma (CPH.ASX) has recovered from its recent stumble to once again sit above the cap raising threshold of $1.10 with investors no doubt breathing a collective sigh of relief.

The Hydroponics Company (THC.ASX) is sitting near its all-time high and will likely see further gains when news of its remaining license are released.

Not everyone’s celebrating, though. E-sense Lab (ESE.ASX) and Queensland Bauxite (QBL.ASX) holders will feel a little miffed at missing out on the party with their holdings going backward. 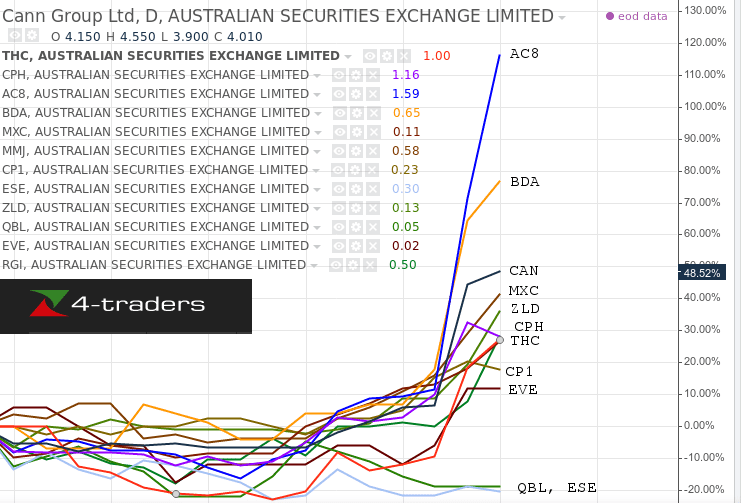 How CAN beat the competition in 2017

As far as their competitors are concerned, these are the Four Horsemen of the Weedpocalypse. This becomes a classic feedback loop: The higher your share price, the larger your market cap, the easier it is to raise capital and attract the attention of the big fish and heavy hitters. Rinse, repeat.

We threw together a yearly price performance comparison chart2 and although it has a lot of squiggly lines here is the main takeaway – CAN came out on top even after a late threat from speculative minnow QBL. 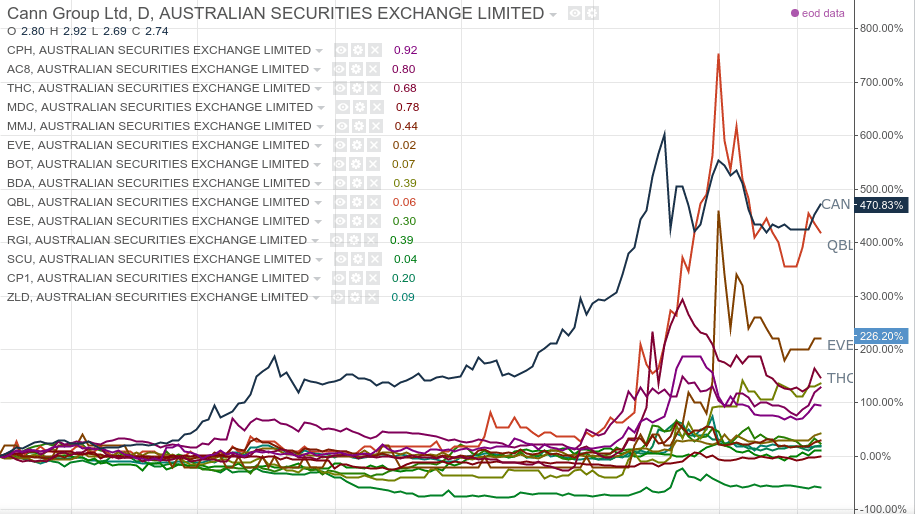 The market is the final arbiter despite what many think. She is often wrong, but in this case, it doesn’t seem so. Price pays.

Is it the Sun? In competitors eyes, the Death Star maybe.

For the past year we’ve highlighted AC8, CAN, CPH and THC as the ones to watchlist.

Look at the four largest by market cap – who are they? Right then, as you were.

Since breaking away from the pack mid-year CAN haven’t looked back and have left competitors in their wake.

Looking at it another way – CAN constitutes roughly 20% of the entire ASX weed sector. Nuff said.

A while back we sifted through the paperwork to determine how much capital the ASX weed companies have raised so far. Result – It was CAN first and daylight second. 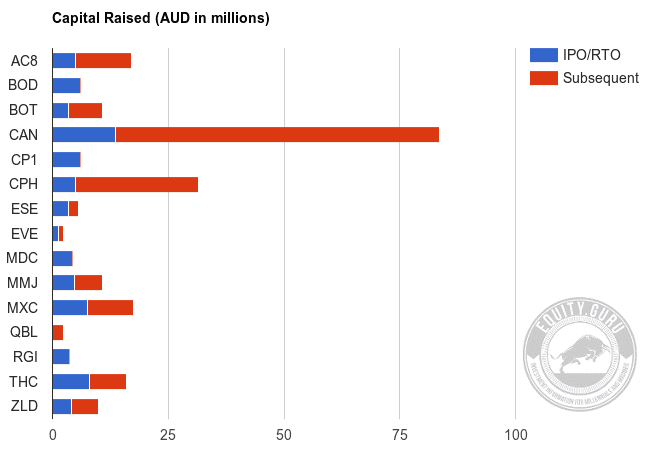 That’s quite a war chest the boys are sitting on!

Cann (ASX:CAN) will use the cash to build a “much larger” production and manufacturing facility, “following a further assessment of the market opportunity, and the prospect of Australian cannabis producers being approved to export product into overseas markets”.

A Canadian Ally in Aurora 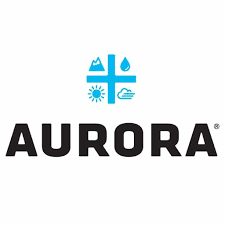 Canada’s Aurora Cannabis Inc (ACB.T) holds 22.9 percent of CAN shares, a show of faith in the aspirations and potential of Australia’s medicinal cannabis market.

Even after last weeks dip, Aurora is still capitalized at 5.9B (as in Billion). The entire ASX weed sector comes in at just over AUD 2 Billion, to offer some perspective.

Aurora secured a cornerstone stake in CAN prior to the IPO and thus far it has been nothing short of a phenomenal investment returning more than 10 fold in less than a year. They recently increased their holdings from 19.9% to 22.9%, purchasing their shares at $2.50 each when CAN went cap-in-hand to the market.

A merger in the making?

Perhaps. We had to take a look under the hood to understand how Aurora could actually hold so much of the float without having to launch a takeover offer (the threshold is 20% under Australian company law).

The key rule for takeovers in Australia is that a person may not acquire a relevant interest in the voting shares of a company to which the takeovers law applies (see above), if the acquisition would result in the person having more than 20% voting power in the company, unless the acquisition is conducted through one or more exceptions or gateways outlined in Chapter 6 of the Corporations Act. Source – Norton Rose Fulbright

Turns out there is a creep provision whereby a company can increase its holding every 6 months without having to launch a bid.

Back to Norton Rose Fulbright:

Sometimes it’s harder to stay on top than to get there. Just ask Tiger Woods!

Tall Poppy Syndrome thrives in Australia. Perhaps a relic of our Antipodean past. 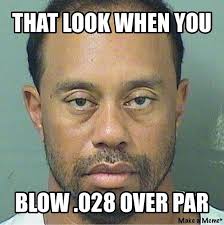 Will CAN continue to outperform?

You wouldn’t want to bet against them, that’s for sure.

Bradbury wisely hung up the skates after the 2002 Games.

Cann Group, however, are just getting started and it’s competitors have a lot of ground to make up.

FULL DISCLOSURE: The author holds stock in both Creso Pharma (CPH.ASX) and The Hydroponics Company (THC.ASX). None of the companies mentioned in this article are Equity Guru marketing clients.