Gold has been a good teacher.

Between 2011 and 2013 we lost a fortune on a portfolio tilted recklessly toward precious metals.

As the US dollar gained strength over the last 5 years, the Canadian gold price went up.

So the carnage in bullion hasn’t been as violent for Canadian investors.  In fact, gold in CAD is only $240/ounce (12%) off its all-time high.

Over the last five years, gold has rallied a number of times, only to sag back down in exhaustion.

But let’s face it, other asset classes performed better. 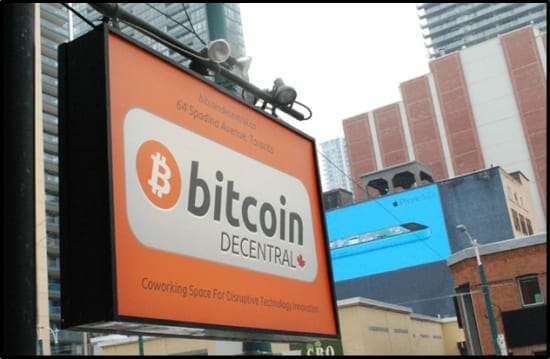 The question is not:  why is gold so shitty?

The question is: why isn’t gold more shitty?

The U.S. stock markets have reached new highs and the Federal Reserve is jacking up interest rates as the US economy “improves”.

We put “improves” in quotes, because our ears are still ringing from the thunderous clatter of money-printing presses grinding 24 hours a day.

The Federal Reserve, the United States central bank, has printed more than $2 trillion since the global economic crisis began in 2008. This has more than tripled the size of its balance sheet.

The Price-to-Earnings ratio of the S&P 500 is double historical levels – and headed exactly where it always goes before a stock market crash. 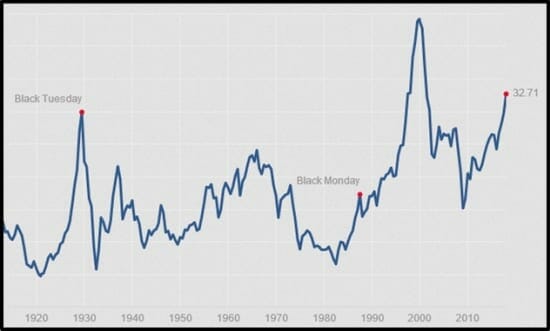 When that bubble pops, there will be a stampede to gold.

Here are a few of the gold companies we are focused on:

The CEO of Ashanti is Tim McCutcheon is a former investment banker with a track record of finding inefficiencies in financial systems – and exploiting them for profit.

“We asked ourselves a basic question:‘what do we know that others don’t know?’”, stated McCutcheon.  “We put a team together that had a competitive advantage. Because we had been Kinross’s JV exploration partner in Ghana, we had a huge database from that experience.  We identified an opportunity to cherry pick the best assets out of the Kinross portfolio”.

Ashanti’s Anumso Gold project in Ghana is close to Newmont’s (NEM.NYSE) Akyem Mine which began production in 2013.  For the last five years, the average annual gold production from Akyem is 400,000 ounces with an all-in sustaining cost of about $800 per ounce.

In Mali, a 53-hole, 6,000 meter RC drill program for the Kossanto East project has been completed.

Since 1998, about 40 million ounces of gold has been discovered in this area resulting in the construction of dozens of mines.

2. Cabral Gold (CBR.V)  is a brand new junior explorer that is in the process of updating its Resource Estimate for Cuiú Cuiú project, Brazil.

The updated resource will incorporate an additional 22,068 meters (72 holes) of 2011 diamond drilling that took place after the issuance of the 2011 technical report.

On December 19, 2017 CBR announced that it is begun to review of all of the historic data from the Cuiú Cuiú project. This work is expected to be completed by late January 2018.

Eldorado controls the Tocantinzinho gold deposit which currently has Proven and Probable reserves of 39.6 million tonnes @ 1.43g/t gold for 1.82 million ounces. The company received its construction license in April 2017.

Cabral is also benefitting from Eldorado’s mine-supporting infrastructure.   ELD has constructed a new 70km road to the Tocantinzinho project. The Cuiú Cuiú project is accessible through a spur road.  There are also 5 new dams planned on local rivers, projected to generate a total of 10,682Mw.

Previous exploration work revealed a gold-in-soil anomaly 18 kilometer in length, much of which has still to be tested.

Coeur Mining has a market cap of $1.7 billion.  It operates five precious metals mines in the Americas (Mexico, Nevada, Alaska, South Dakota and Bolivia). The company also has a non-operating interest in the Endeavor mine in Australia.

Based on the Pan American Disclosure, Metalla estimates that future production and cash flow from the Joaquin project will be about 3.9 million for 2019, 2020 and 2021 inclusive.

Burkina Faso is the fastest growing gold producer in Africa. Eight new mines have been commissioned there over the past six years. The country has a mining corporate tax rate of 20%, and a sliding royalty on gold production from 3-5%.

Some big gold companies operating profitably in Burkina Faso like Endeavour Mining (EDV.T) – a $2.7 billion gold miner – building the Houndé project with a projected annual production of 190,000 ounces at a cost of about $700 an ounce.

NXS spring 2017 drill program hit gold on eight of nine holes, with four of those being classed as ‘significant’. The best intercept was 4.85 metres of 26.69 grams per tonne. That’s almost an ounce per tonne across an almost 15-foot section at a depth of about 165 feet.

According to the Nexus Geos, “Drill results now outline a trend of gold occurrences extending for 16 kilometres between the Company’s Rakounga and Bouboulou concessions.”

Burkina Faso, the little African country that no-one talks about, is getting hot.

Prize picked up the Kena Project in April 2017 and then raised about $6 million to explore it.

But the Kena Project is not a one-trick pony.  The Prize geologists believe there is a copper porphyry target on the property.  This copper target is currently untested by exploration.

President and CEO of Prize Mining is Feisal Somji, the founding president of Rio Alto Mining.  Somji oversaw the construction of a mine in Peru which achieved annual production of 150,000 oz. gold.  Rio Alto was sold in 2015 for $1.3 Billion.

Historical producing mines on the Daylight Property have historical grades as set out below.

We wish to stress to our readers that the “historical grades” means that the data does not meet modern geological standards.

“Collectively, the 1,550-hectare Daylight and the 1,010-hectare Toughnut Properties strategically cover a five-kilometre strike length of the central and eastern segments of the one kilometre wide Silver King shear system.” stated Somji.  “With the Kena Property, Prize has consolidated the ownership of the district for the first time and will be completing a district wide exploration effort for years to come.”

“As global complacency over the trajectory of U.S. rates continues to be astoundingly low, precious metals in general should continue to benefit,” Jeffrey Halley, senior market analyst at Oanda Corporation in Singapore, said in a recent note.

On January 2, 2017, bullion gained for an 8th consecutive session – it’s the longest stretch of daily wins for 6 years. 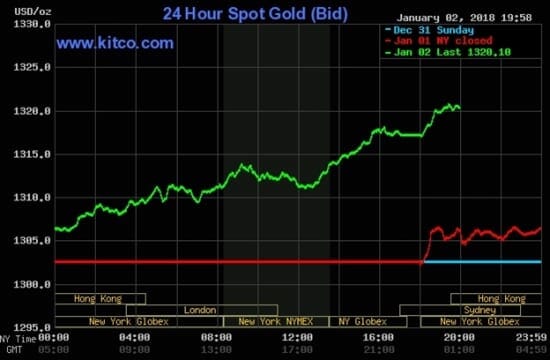 Like a charismatic wayward child, gold may disappoint, it may teach us bitter lessons, but we can’t stop believing in it.