At Equity Guru, we often get hold of new-born companies.  It’s rewarding to rock the cradle, brag about them and watch them grow up.

It’s been trading for less than a week; the challenge may be finding people willing to sell you their shares. 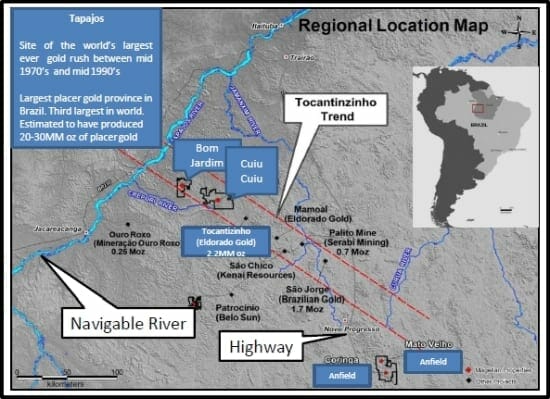 Eldorado’s near-term goal is to complete construction of an access road to site, permitting, basic engineering and general site costs.

These are positive developments for Cabral.

But let’s be clear, Cabral is not a close-ology play (our neighbour is successful!).

This is a mature project in a gold-rich area of Brazil.

But we are getting ahead of ourselves.

Let’s go back to the birth story:

That may seem complicated, but compared to the original press release – it’s a Dr. Suess book.

Do you feel safer in a crowd of wily experts?

The Cabral financing is stacked with big players who don’t bet on a drill punts.

The President and Director is Alan Carter.  Equity Guru’s Chris Parry weighed in on Carter in a November 2016 article.

Enter Dr. Alan Carter, a Ph.D. with a specialty in gold geochemistry, and a director and co-founder of Peregrine Metals which sold to Stillwater for US$487 million. He was also the founder of Magellan Minerals, and a four-time gold discoverer, including one that is set to become Brazil’s third largest mine.

Dr. Carter is an imposing figure. He’s made his bones in mining many times, has no time for small talk, cuts right to the chase and makes his points with well-considered, tough to argue against words. 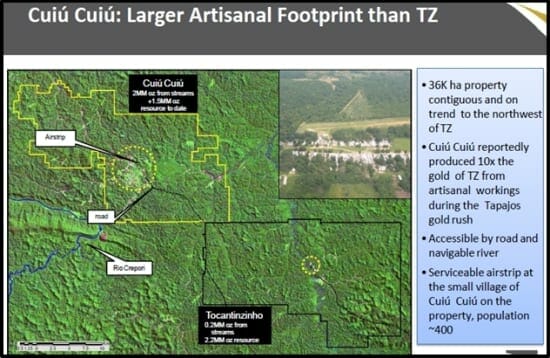 Cuiu Cuiu has a 1.3 million ounces of largely inferred resource averaging 1.25g/t gold, based on 26,000m of drilling.  An additional 22,000m of drill has not yet been included in an updated resource. The project has previous expenditures of $22 million. 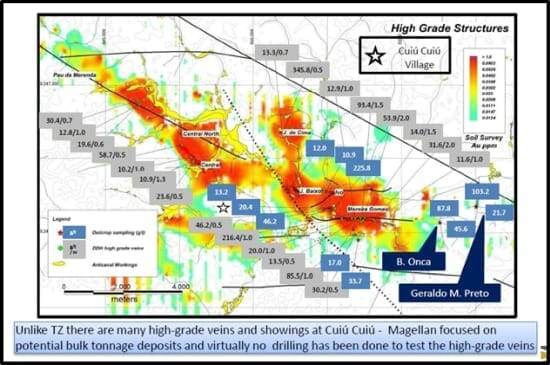 So, to dumb it down, we’ve got a new company valued at about $15 million, next to a big deposit with a bucket of historical gold, hotshot management and a platoon of veteran seed financiers.

This is how the baby grows. 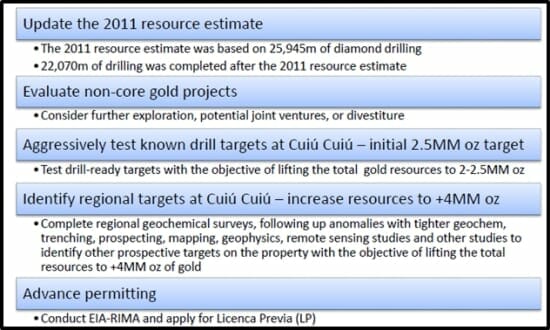 Gold, we understand, is not as sexy as blockchain.  But it’s still a hard asset.  Constrained supply.  The Chinese love it.  India’s population treats it as a religion.

According to a report by Fitch Ratings, Trump’s Tax Cuts and Jobs Act, which cuts the corporate tax rate from 35 percent to 20 percent, will add up to $1.5 trillion to the federal deficit over a decade. Fitch rejects the argument that economic growth will boost tax revenues to cover the gap. 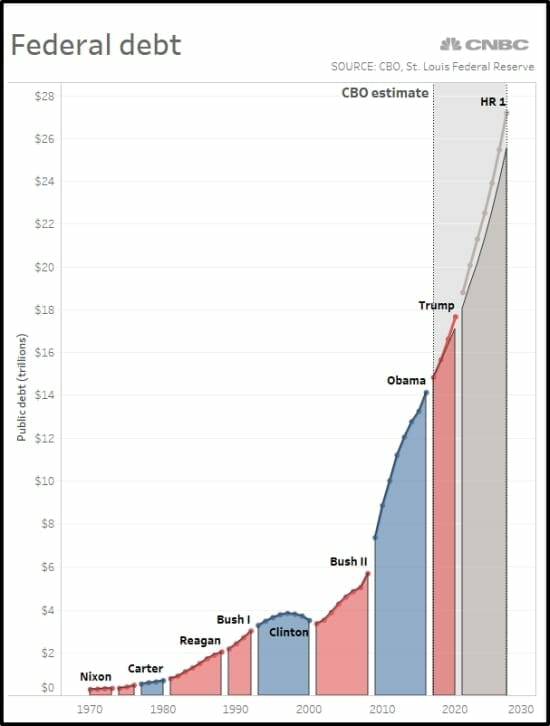 Fitch stated that the tax cuts, “may lead to a short-lived boost to output…but will not pay for themselves or lead to a permanently higher growth rate.”

Have you ever tried living off your credit cards?

This reckless spending won’t end well for the U.S. either.  When that house comes down, we believe there will be a stampede to gold that will send valuations of gold juniors higher.

When it starts making noise (putting out news), people will pay attention.

The vital signs are good.  The bloodlines are strong.

We believe this baby has a bright future.