Brainy actress Angelina Jolie recently took three of her six children on a monster shopping spree at Toys R Us – just days before the toy giant filed for Chapter 11 bankruptcy after choking on a $5 billion debt-bone. 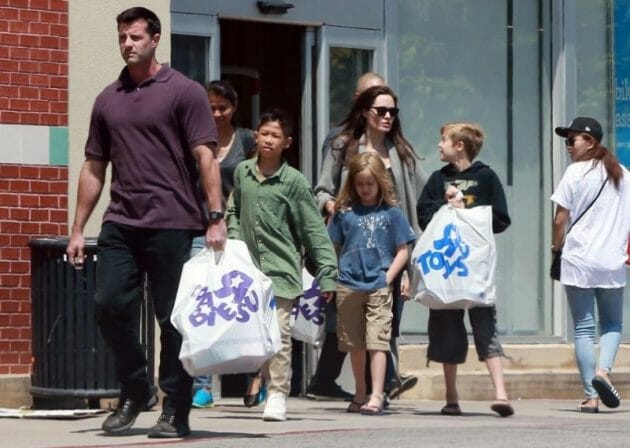 In a September 18, 2017 news release CPO announced that it has completed the purchase of four separate blocks of mineral claims owned or leased by Canadian Cobalt in the South Lorrain and Lorrain Townships.

The four blocks of mineral claims total about 18,300 acres.

The claims were previously owned by a private mineral company. They are close to several historic mines, including the former producing Keely and Frontier Mines in South Lorrain Township.

“The acquisition of the Canadian Cobalt properties presents a rare opportunity to increase our land holdings in the Silver Centre region, an area with a robust mining history and known high-grade silver/cobalt mineralization,” stated Dr. Andreas Rompel, CPO President & CEO.

We dug up a 48-year-old geological data-set on South Lorrain from the Ontario Department of Mines.

According to this report, the mine owners knew they had a good business, and the grade was high enough that 3.49 million pounds of cobalt was mined – despite there being no interest in cobalt.

CPO closed the deal by issuing 29.95 million shares to the privately held company, and also granting them a 1.5% net smelter royalty, of which 75% may be purchased at any time for a cash payment of $1 million.

The massive land acquisition comes only weeks after the finalization of a strategic alliance with a $1.2 billion company, Hochschild Mining (HOC.LSE).

HOC has extensive experience in commercially exploiting steeply dipping, narrow epithermal veins, like those found in the Cobalt Camp.  They have a $150 million cash lying around and an army of grizzled geologists which CPO can now tap into.

CPO stock is trading at .15 with a market cap of $9 million.

The stock price has doubled since early July.  It’s now risen back where it was in March, 2017.  But with a powerful big brother watching its back.

Exploration companies and celebrities know how to shop.

CPO just pulled off the deal of the century.