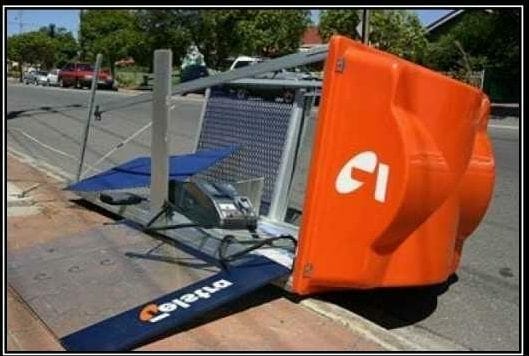 Telstra dials up the risk to 11

Its customer service is woeful at best and its only real point of differentiation in the market has been network coverage. Unable to exploit the monopoly that powered earnings until the mid-2000s, they are now faced with credible competition.

Unless they can re-invent themselves, and quickly, investors have every right to be concerned about future growth prospects. This will only put additional downward pressure on an already strained share price.

Investors get clipped as dividend slashed

Taking a quick glance at the year-end financials released on August 17th, the numbers don't look too bad.

But the devil is in the detail.

Segmentation-wise Telstra Retail (comprising both Business and Consumer) contributed 58% of revenue while Telstra Wholesale chipped in a further 10%. Decades old revenue streams are providing 68% of revenue. While we all need carrier access, no industry is immune to disruption anymore.

Remember the Yellow Pages? Probably not, because telephone books are a thing of the past, along with the outrageous revenues they generated (Newspaper classifieds, anyone?)

Speaking of things of the past..

Delving into product sales by revenue we see that mobile accounted for 39% and fixed 25% (a total 64%). Any trend-spotter will tell you fixed lines are disappearing faster than an intern’s dignity at a cigar club meeting.

While the PR seemed to put a positive spin on everything, it was this mortar round which did all the damage.

Telstra expects total dividends in respect of FY18 to be 22 cents per share fully-franked, including both
ordinary and special dividends.

In financial circles it's known as a haircut.

In layman's terms - "We've just slashed your dividend by 30% so you can forget about heading to the Riviera next summer."

Investors wasted no time in savaging the share price the following day, sending it down 10% to $3.87 and in the process wiping over $4 billion from Telstra’s market value.

More shares changed hands in the first 30 minutes of trading than typically do in an entire day.

The three mobile networks in Australia are owned and operated by Telstra, Optus and Vodafone.
Other (read: smaller) providers buy bandwidth at wholesale prices from one of the above three and resell it under their own brand. They are called mobile virtual network operators (MVNOs) and tend to offer basic services at a lower cost (case in point: Kogan)

Due to the significant barriers to entry of building a mobile network, Telstra enjoyed a monopoly in the early days of mobile (cell) phone proliferation but as it stands now the other operators have made inroads and taken market share away from the telco behemoth at an alarming rate over the past decade.

Depending on where you purchased, it may have been a decent investment over the years, especially for those who took the initial offering ("T1") and didn't add to their position.

If that's you, give yourself a pat on the back as the stock owes you nothing and you've enjoyed a healthy dividend stream for the past 16 years.

T2 was an absolute dud for anyone who came down with a bad case of FOMO. Coming just months before the dot-com bubble burst in the US in early 2000, the shares plunged below $7 never to return.

Investors who bought into all three tranches are the worst off - they've outlaid $14.30 and received $5.31 in dividends (ignoring franking credits). With the share price sitting at $3.90 they're still underwater to the tune of around 5 bucks.

Just buy it for the dividend, silly

Source: Telstra NB: Special dividends were issued in 1999,2003,2005 and 2006
Cutting the dividend is a game changer, with the company effectively stating that it needs to redirect cash flow internally rather than handing it over to shareholders.

As savvy investors know, buying a share solely for the dividend stream is a dangerous game, as any capital loss can easily erode the benefit those twice-yearly cheques bring.

You need the prospect of capital growth, or at the very least, a stable share price.

The yield hunters have been all over Telstra for the best part of 10 years. Many traders have been left with dirty fingers - all you get when you try to pick bottoms in a sliding share price.

With the company maintaining its dividend at or above $0.28 for the past decade the stock has been yielding in excess of 5% per annum. Sure it's a great return for a blue-chip stock, but it only makes sense if they can maintain the dividend going forward, which now appears doubtful at best.

The first cut is the deepest, but rarely the last.

The projected dividend for 2018 is $0.22 but the danger, of course, is a further cut and continued erosion of the share price. Like they say, long term investors are the real risk takers. 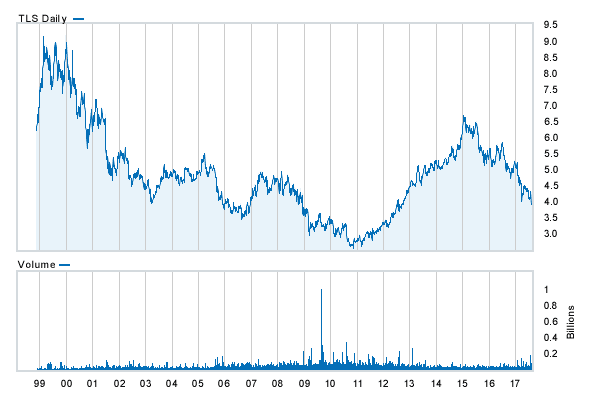 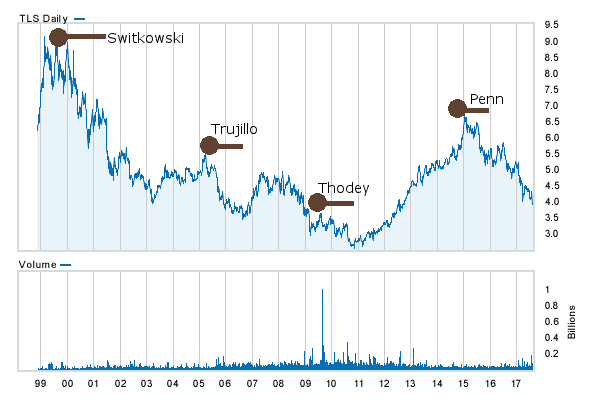 Sure, TLS had a great run from mid-2011 to early 2015 and rewarded longs handsomely over that period. But since? Slim pickings indeed.

The question needs to be asked: Where will future growth come from? 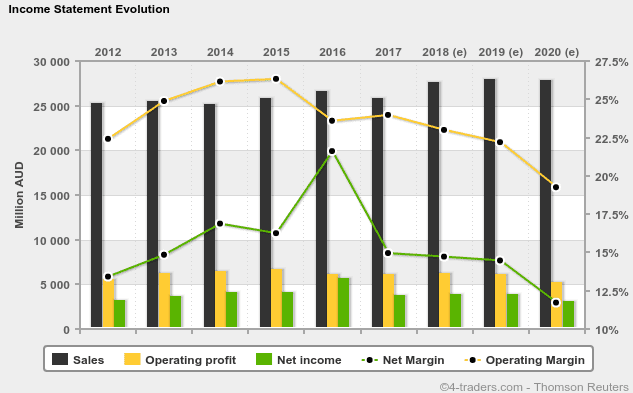 We're not accountants but those green and yellow lines seem to be heading in the wrong direction, don't they?

A colourful array of CEOs - Can Penn stay at the top?

The Who's Who of Telstra CEOs over the years makes for interesting reading.

During his tenure at Telstra (1999-2004), Switkowski oversaw the introduction of a number of services to the company; such as its major internet service provider subsidiary BigPond, and substantial expansion of others; such as its advertising and directories subsidiary Pacific Access (later re-branded as Sensis in 2002).2

History doesn't appear to have judged him to kindly with respect to his time managing the telco giant yet to be fair it has been described as one of the toughest corporate gigs in Australia.

Trujillo (2005-2009) is recognized as a combative CEO who frequently locked horns with Australia's government, but was pivotal in shifting Telstra's position from a government-run monopoly to a more nimble, competitive company.3

David Thodey proved a steady hand on the tiller and oversaw Telstra's renaissance, at least as far as investors were concerned. During his stewardship (2009-2015), the share price doubled from $3.00 to $6.00. Maybe he could see the writing on the wall and got out while the going was good?

The incumbent CEO, Andrew Penn, who only took the reins in February 2015, certainly has his work cut out for him after a tumultuous first few years in the job. He's watched the share price drop by ⅓ since settling in to his desk.

It's hard to put into words just what a clusterfuck the NBN rollout has been.

And the fun's not over yet.

Australians have long endured third-world broadband. According to the Speedtest Global Index (July 2017) Australia ranks 53rd in the world with an average download speed of a measly 24.32 MB

Count yourself lucky Canadians as you take out 18th place, more than doubling the bandwidth generally available to most Australians. Even Thailand is ranked higher than Australia.

Gizmodo has it right: Australia's Internet Speeds Are A Global Embarrassment

Nevertheless, our overall ranking compared to the rest of the world can only be described as a disappointment. In its original guise, the National Broadband Network promised to make us world leaders when it came to broadband technology. Instead, we're being bested by most developed Asia-Pacific nations including South Korea, Hong Kong, Singapore, Japan, Taiwan, Thailand and New Zealand.

The NBN was supposed to address this, rolling out fiber across the country and bringing Oz into the 21st century.

From birth to abortion? Well, it's a long story. With a huge infrastructure price tag and no government willing to fund it directly, things were never going to end well were they?

It became a political football, for one, starting out as a key promise of the 2007 federal election, which swept the Rudd government (Labour) to power. Subsequent governments have shifted the goalposts considerably infrastructure-wise - while 'fibre-to-the-premisis' (FTTP) was initially promised this has been downgraded to a more cost-effective model.

Let's backtrack a little with some context on how Telstra is entwined with NBN Co.

NBN Co (nbn) is a wholly government-owned corporate entity formed to build and operate a wholesale-only national broadband network across Australia. ISPs contract with nbn to access the NBN and sell fixed internet access to end-users. According to itnews.com.au, as of February 2017, there were over 50 Retail Service Providers for NBN based services, with three (Telstra, Optus and TPG) having 83% of the market.

In 2011 nbn and Telstra signed definitive agreements that allowed nbn to utilise existing Telstra infrastructure as well as the migration of Telstra wholesale customers over to nbn. In exchange, Telstra will receive $1 billion a year akin to rental payments.

But as a service provider to the nbn, they also have to pay tolls in the form of what's known as a CVC (Connectivity Virtual Circuit) charge.

The CVC represents a drag on Telstra's finances going forward and the company has said as much:

As stated by CEO Andrew Penn in the FY17 market release:

“We reported in May 2016 that the expected negative effect of the NBN rollout on Telstra’s EBITDA would be in the range of $2 − 3 billion. Given the latest outlook of NBN CVC charges, which we estimate will more than double over the coming years, we now expect the impact is likely to be at the top end of this range, around AUD3 billion."

As it stands now, the NBN is in the midst of substantial cost over-runs and delays. The buck passing and finger pointing have well and truly begun as we move into the blame game.

Sure, people have been connected (2 million households+) but if recent reports are anything to go by, scores of customers are dissatisfied with both cost and service.

Surely many who signed-up are wishing they had just stuck with ADSL.

End of the line or just a bad connection?

Hard to see it being a takeover candidate either with the ACCC unlikely to green light a play by a multinational.

There's risk attached, even at these prices, so buying just as a yield play doesn't much sense.

Telstra investors are buying into a company that has unproven management, is in the position of having to maintain aging infrastructure and will struggle to attract new customers in a crowded marketplace.

Our verdict: Better value elsewhere. Time to hang up on this one.

FULL DISCLOSURE: Telstra (TLS.AX) is not an Equity.Guru marketing client. 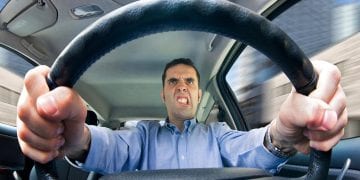 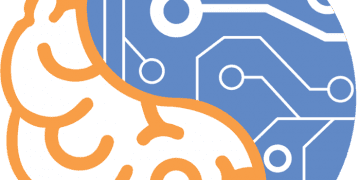 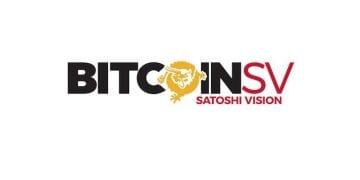