In pure SEO terms, this article should be at the top of every ‘cobalt’ search on Google for the next several years. Cobalty cobalt cobalt. Would you like some cobalt with your cobalt, Mr Cobaltstein?

Cobalt Power Group won’t mind if the article zooms up the search rankings, as they’re largely unknown in the cobalt space. Formerly a copper explorer that went in a little early on that metal, the microcap sprang forth into what was a largely empty cobalt scene last year, only to quickly find themselves surrounded with ‘me-too’ outfits and big stock plays. 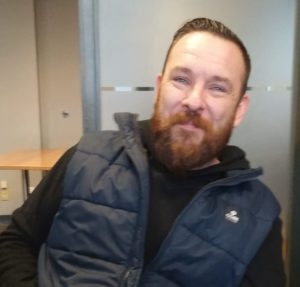 For Jevin Werbes, who looks more like a hipster artisan butcher than a miner, much less the Chairman of a mining company, the search for cobalt is real, even as many of his colleagues are searching more for cobalt deals rather than the actual rock.

As the larger LiCo Energy Metals (LIC.V) was releasing news they had completed geophysical surveying on their property up the road from CPO, Werbes’ crew were plunging into some of the five long ago dug shafts on their property, shafts that were developed at great expense in times when silver was the prize at the bottom.

With silver often comes cobalt. But it used to get in the way of all that silver stuff, so it was often discarded. Werbes says he has slurry stacks aplenty that contain lots of pink, signs that cobalt is present. Now he just needs to turn the drills and figure out the best spot to drag it out.

We spoke to the CPO Chairman about how the company came to be, how he found his plot, his background in getting his hands dirty at the pointy end of a mine, and just what it will take to move this little $4 million market cap explorer into the heady business of supplying Tesla, Samsung, Mitsubishi and Apple.