Nano One Materials (V.NNO) plan: Concept to patent to $$$$

One of the reasons I’ve moved from working for a large public company marketing firm to my own deal this past week is the importance of my own brand as a journalist. I’ve won awards for my work, I’ve attracted a healthy readership, and central to keeping that going and growing is maintaining that legitimacy by only working with good clients. The only way I can control that part of my job is by being in control.

Sure, I cover the penny stock space, but that space doesn’t have to be a den of thieves and eightballers and carpetbaggers and rounders. It is, but it doesn’t have to be, and if the only press coverage the space gets is advertorial puffery, it will never climb out of the morass it sits in presently.

For the smallcap world to thrive, even survive, there needs to be a reckoning, and real launchpads for those playing the game the right way. I aim to build one of those in the coming weeks, and the first company I hope to help really launch to greatness is Nano One Materials (NNO.V).

Nano One doesn’t have a fat gold deposit or a crushingly busy weed grow. It doesn’t have generic pain medication formulations in front of the FDA or some sort of fintech that will turn Bitcoins and coconut shells into bullion.

It has a concept. Wait, where are you going?

Okay, so we’ve hit upon Nano One’s greatest problem, as an investment opportunity, right off the bat. It has a concept, not a factory, not a product, not a recognizable brand.

But that concept is an interesting one if you, like just about everyone trading on the Canadian markets over the last three months, think battery tech is just about the next big thing.

Nanotechnology is important to battery storage. By definition, it’s the science involved in making things smaller, so small that you can do amazing things with not a lot of space. How far way are we from a time when robots can be injected into us to clear a blocked artery, or a time when we can turn our shirt into a computer, or make a car 80x stronger than its predecessors?

Nanotechnology is already prevalent – it’s what makes something the size of your phone able to hold the processing power that would have required a room full of large servers to replicate two decades ago.

But all that nano takes some raw materials. And those aren’t cheap.

Nano One has a tech, and an armful of approved broad patents, that aim to make the powder needed to make nano work, cheaper, easier to acquire, and more effective.

As an example, and this is only one of many, but perhaps the most relevant right now – the rapidly emerging battery tech sector, which has been kicked along by the inevitable ramping up of Tesla’s shift into bigger, better batteries for everything and everyone, has much need for lithium at present. Lithium is leading the ailing resource sector, with companies such as Lithium-X (LIX.V) going nuts, with big money investment from such luminaries as billionaire Frank Giustra.

But much of this nuts going involves companies that are a long way from producing the stuff. The thinking is, a rising tide lifts all boats, and as lithium needs double and triple in the years ahead, just having a piece of ground where the briny can be located will lead to acquisition opportunities.

Back at Nano One home base, the lithium buzz means something different, because NNO has tech that can help nano needs be met not by lithium, which is expensive and is supply-strangled, but by lithium carbonate, which is cheaper and not so tough to find.

From the Nano One website:”By cost effectively controlling the structure and size of these powders at the nanometre scale, in bulk industrial quantities, Nano One believes it can enable industry to adopt the remarkable properties of nanomaterials for a much broader set of market applications [and is] positioning its core technology to make these materials affordable, address demand and broaden [their] commercial adoption.”

Important thing to remember here is the end goal. If you want to daytrade, keep moving. Nano One is not going to pump out itty bitty bits of news designed to keep the share price bouncing like a Kardashian mattress. And it’s admittedly a way off from building a factory and churning out purchase orders. But that’s not the play here. The play is, the IP.

Those patents are not material specific. They are BROAD patents which means, if anyone, anywhere, decides they’re going to start farting about with materials to make nanotechnology a little cheaper, easier, whatever, they’re going to have NNO’s lawyers peering over their shoulder, saying “where’s our licensing fee?”

And those patents aren’t built on patent troll hopes and dreams – the company, literally, as I was writing this, announced a $2m grant from Sustainable Development Technology Canada (SDTC), that is non-repayable (read: free money), to help gets it’s pilot plant up and running to properly demo the tech to industry.

Have you ever tried to get a $2m grant? It’s not real easy. You kind of need to have your ducks in a row, especially for tech grants, especially when the money isn’t going to be repaid. I can barely get a car loan, these guys showed enough to get the government to fork over two mill.

And, from what I hear on the rumblephone, that may be just the beginning of the grants. More have been applied for. More are being discussed. But even if nothing comes from that, Nano has a $17m market cap right now, so they just received the equivalent of 12% of their company value – for free – from  government agency with no watering down of the stock, no debt, no drama.

More than a concept, right?

Well, it gets better. Chairman of the Board? Paul Matysek.

Potash One.. Lithium One.. Nano One. Hmm. 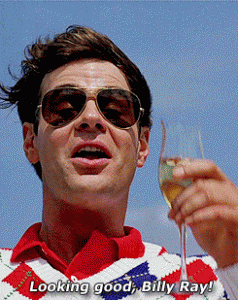 THE GREAT HIDDEN HORSE OF DOOM:

For mine, the GHHOD on NNO is the chance that the world stops using nanotechnology, which obviously isn’t likely. If lithium goes away tomorrow, Nano’s patents hold up in a long list of other ingredients and applications and, let’s face it, lithium is going nowhere but up.

There’s the chance that, upon completing the pilot plant, we find that the technology somehow doesn’t work, but that’s begats belief. Matysek doesn’t show up at your door if you’re a two-bit penny stock with a four month promo plan, he shows up when you’re sitting on something with great timing, great tech, great demand, and great people.

He’s said as much, many times. It’s how he’s turned millions into billions.

I guess Nano could, eventually, run out of cash, but to do that, you’d need Matysek to fail in an effort to finance, and he’s not had that problem previously. Quite the opposite.

I guess an asteroid could drop on us and wipe us all out but, in that case, you’d be no safer having stuck your cash in US bonds.

This is probably a good time to disclose that I’m a consultant for Nano One, so you can take what I say with a grain of salt, but, as stated above, I don’t do that with companies that I think can’t walk the walk. And the proof of that is, I took part in the most recent private placement raise for the company with my own hard-earned. That decision has already paid off nicely – the company has jumped from $0.31 to $0.375 just in the last week. Those that got in around last November have taken a ride from just $0.20 to a near double. And that’s, again, with a concept and a handful of patents. We haven’t got close to the serious stuff yet.

For mine, the serious stuff is alluded to in this statement by Matysek to analyst Peter Epstein earlier in the month; “Nano One’s patents cover a broad range of materials and were issued quickly with only minor revisions. This indicates to us that we have a unique technological edge with fertile ground to expand our IP portfolio. Broad patents like ours can provide freedom to operate and should draw the attention of global players looking for strategic IP advantages.”

Translated: The patent applies to a wide range of materials and uses and licensees and partners.

I would be shocked if we ever see a product with Nano One written on the side.

I would be amazed if they ever build anything more than the pilot plant.

i would be blown away if, by 2018, they aren’t bought out by some giant player that has done the math and figures it’s better to drop $100m on them now than pay $25m a year in perpetuity for the right to use cheaper nano powders.

That’s the play here, and with every new patent delivered, and every screw tightened on that pilot plant, and with every quiet meeting with a nano industry player, the investment I’ve made here is going to grow like Hulk.

Oh yeah – they have seven figures in the bank and just raised more in an oversubscribed round. Warrants are out there, which will bring in more.

Whether this stock goes up or down in the days and weeks ahead is beyond my predictive abilities, but that it should, at some point in the next few years, explode out from where it is? To me, that’s a gimme. I’mma gonna hold this a while.