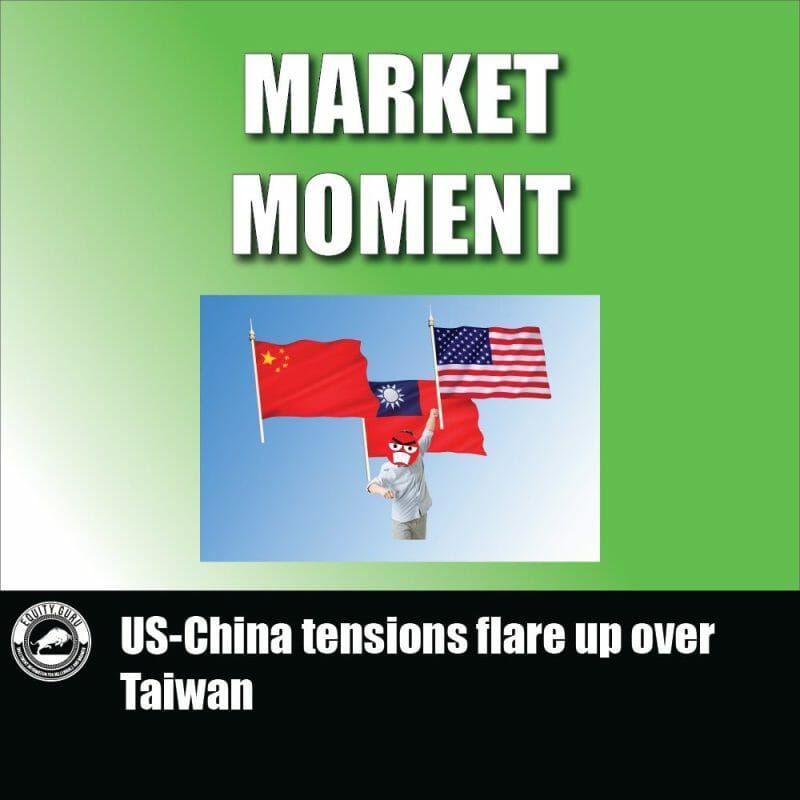 US-China tensions flare up over Taiwan

House Speaker Nancy Pelosi’s visit to Taiwan makes her the highest ranking American official to visit Taiwan in 25 years. Her official visit has also been heavily criticized by China, and stock markets initially showed some fear as they awaited China’s response.

For those of you who have read Ray Dalio’s new book, Principles for Dealing with the Changing World Order, or any other US-China geopolitics book, none of this comes as a surprise. The worrying part is the end result. Dalio and many others have said that the US and China are going through a Thucydides Trap. A period of time when the dominant power is falling and a new power is rising.

This relationship between a former and new power was immortalized by Thucydides who wrote about the war between Sparta, the dominant power, and Athens, the rising power. The most famous line from his work, and the line that defines this trap:

“It was the rise of Athens, and the fear that this instilled in Sparta, that made war inevitable.”

A Thucydides Trap has occurred many times in world history, and the ending result is often war. Graham Allison in his book, Destined for War: Can America and China Escape Thucydides Trap?, lists the many Thucydides Trap situations of the past. The scary thing is that just over 70% of these traps lead to a shooting war.

Ray Dalio in his book has said that if the US goes into a shooting war against China, it will occur over Taiwan. Taiwan is the trigger. Mind you the US and China are already in a trade war, a currency war, a technology war and a financial war. With current events, it does seem like we are heading to an escalation.

The interesting thing is the timing. If you look at China, the country has many problems. Covid, real estate issues, mortgage boycotts, bank runs which are seeing tanks deployed to protect banks, and a collapsing consumer confidence.

All of these things make me worried that war will be seen as an option to distract the people from a failing economy. When all else fails, they take you to war.

There is also the fact that the China Party Congress is coming up in the second part of 2022. This is the most important political meeting in China which sees a reshuffling of China’s top leadership. The people appointed will be in China’s highest positions and have a huge influence over the development trajectory of the country. But the biggest news to come from this meeting has to do with the re-appointment of Xi Jinping as general secretary.

Xi will be running for a third term. In China a leader is allowed two 5 year terms. Xi is closing in on his second 5 year term, but has changed the law allowing him a third term. But what if there is some dissidence from the party behind the scenes? A faction which wants him out because his zero covid policy is not working, and the economic problems are worsening. This is the kind of stuff we need to think about. If Xi feels threatened, he may take the country to war. In a case like this, I assume either the congress would be delayed, or appointments would occur without the entire congress in attendance.

China considers Taiwan part of its territory, not an independent country as I am sure you are all aware of. The Chinese believe the US has no business involving itself in Chinese affairs. This island and part of the world belongs to China’s sphere of influence, and the US should stay out. With Pelosi’s visit, the US is doing the opposite. The most extreme thing the US could do is to recognize Taiwan as an independent sovereign nation. If that were to occur, the Chinese would be furious… and who knows what their response will be.

Even now, China is threatening “targeted military action” and has initiated major military exercises around the country.

One wonders if Russia’s foray into Ukraine may also encourage China to hit Taiwan given the lack of a military response from the West.

Let’s take a look at how Taiwan markets responded: 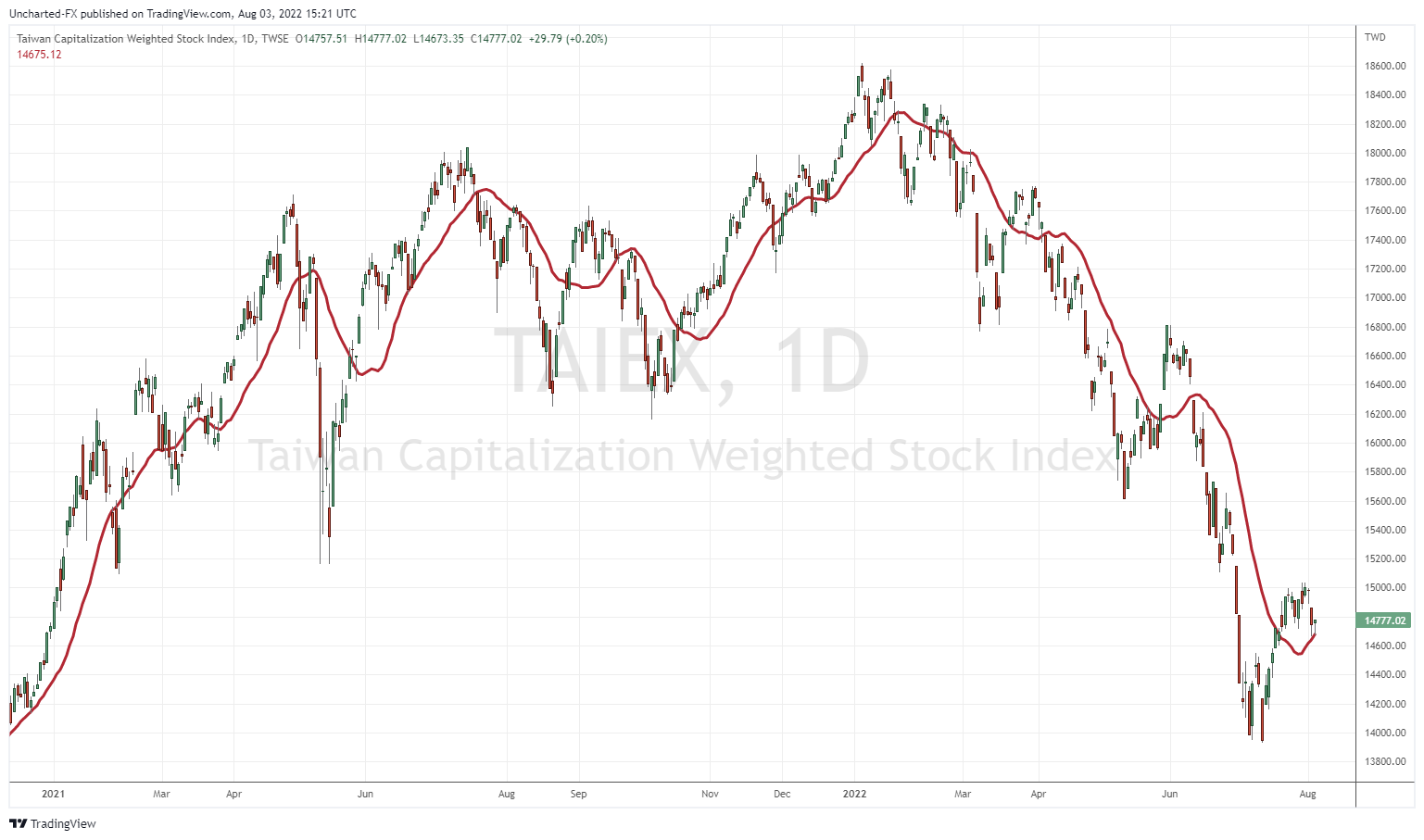 Taiwan’s index has already been in a major downtrend and is somewhat following other global indices. We are now in a range which requires a break above 15,000 to head higher. To be honest, the market did not react with too much fear on Pelosi’s visit. 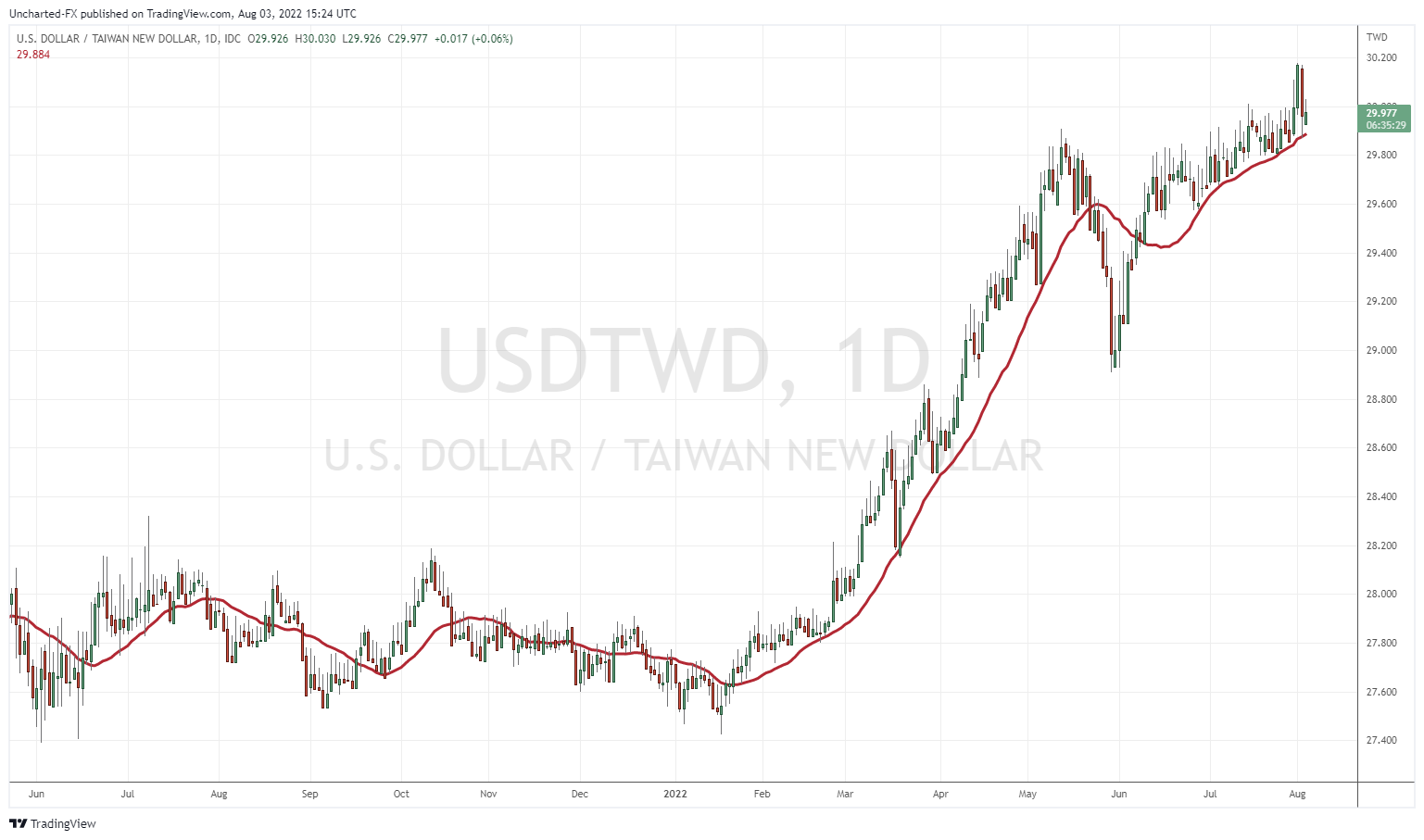 The Taiwan Dollar actually strengthened on the day of Pelosi’s visit, but weakened during the run up of her visit. I think this is more to do with US Dollar strength…which has especially been hitting Asian nations hard. Think Japan, but also look at India, South Korea and Thailand to name a few. 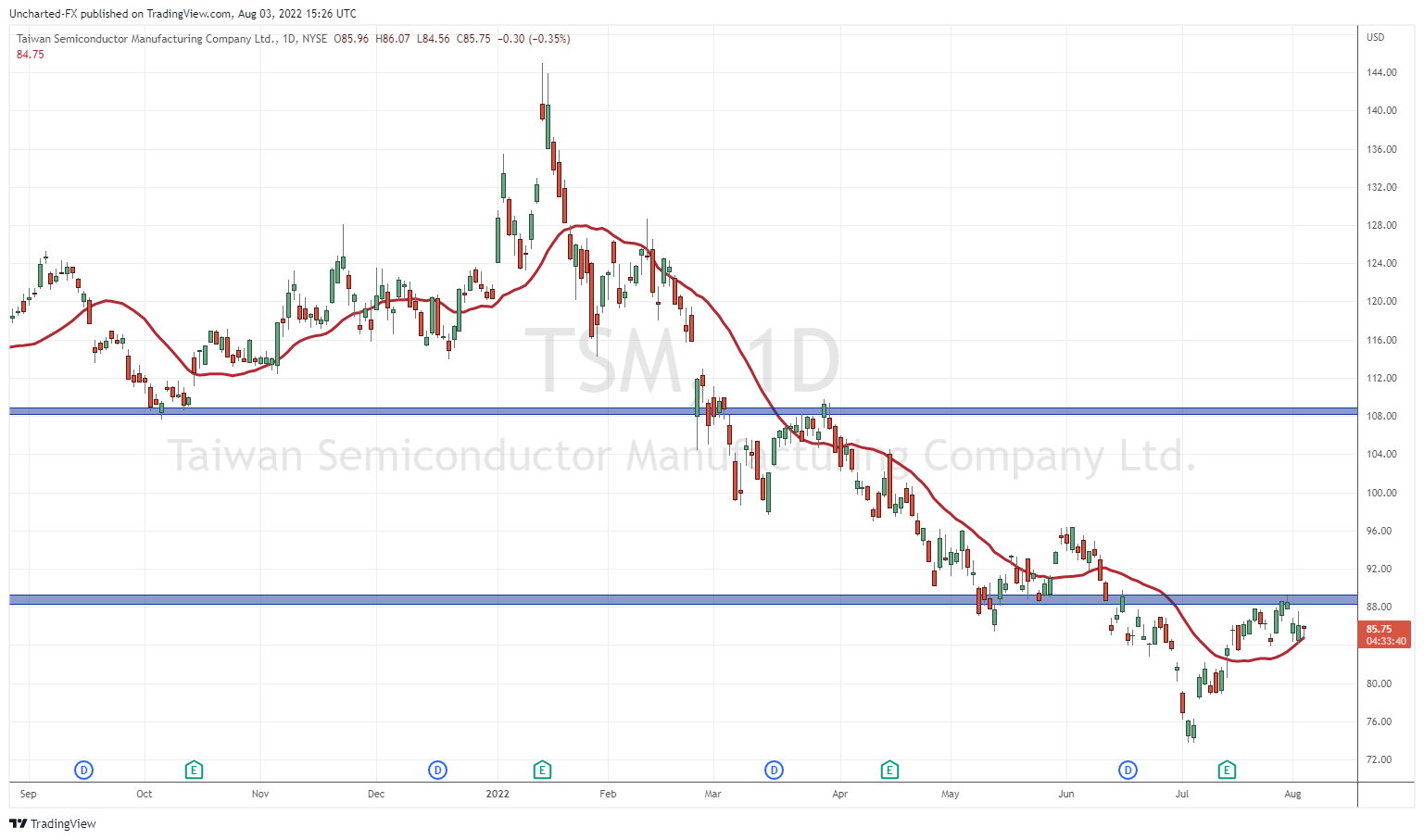 Taiwan semiconductors (TSM) is what most people think of when it comes to Taiwan’s economy. It’s all about semiconductors, and a conflict in Taiwan would have huge ramifications for an already stressed semiconductor and chips supply chain.

The stock itself hasn’t sold off on fear. In fact, we are forming a reversal pattern known as the inverse head and shoulders. It looks bullish.

The stock markets are currently not worried about an escalation in Taiwan, but China’s response could change things. Be prepared to hear more about this island nation as it will be the center of US and China relations. A conflict cannot be ruled out according to the Thucydides Trap.

My interest in this area actually has to do with Hong Kong. Some major moves are happening there. But this is a story for another time.