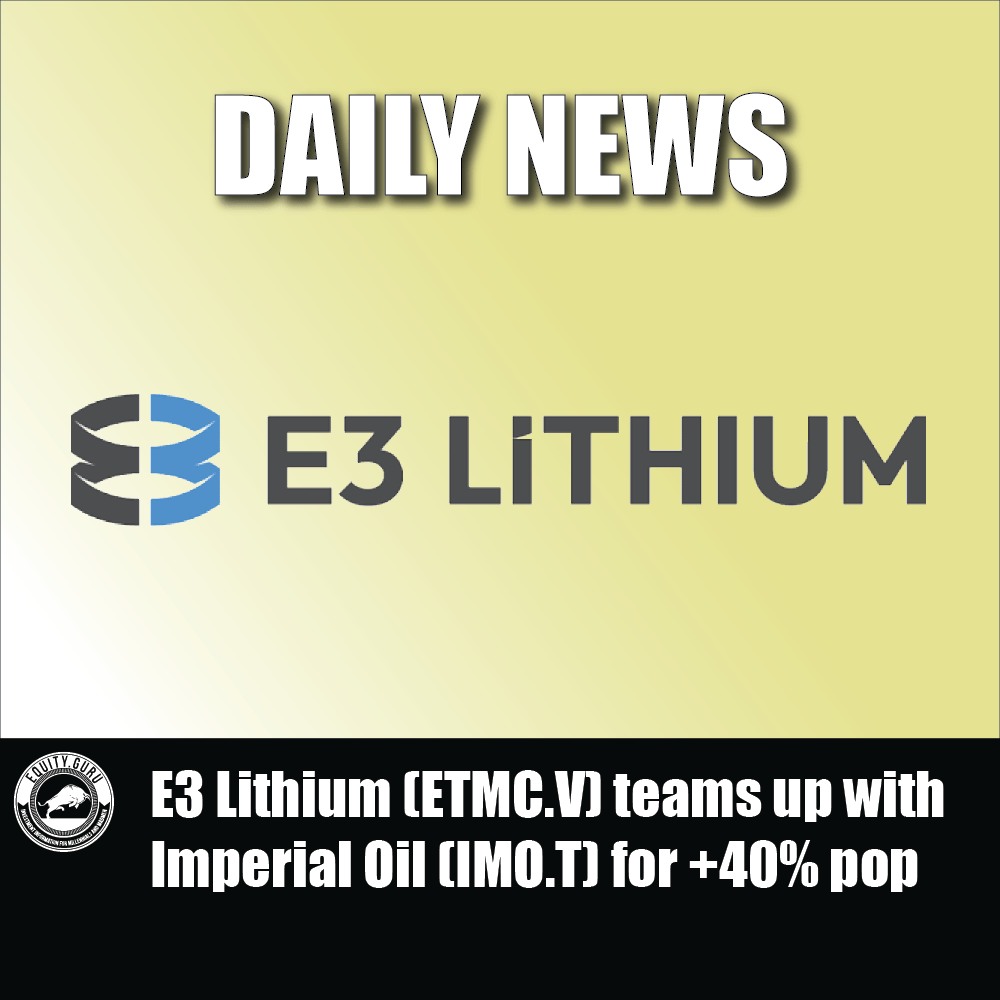 In With the Old 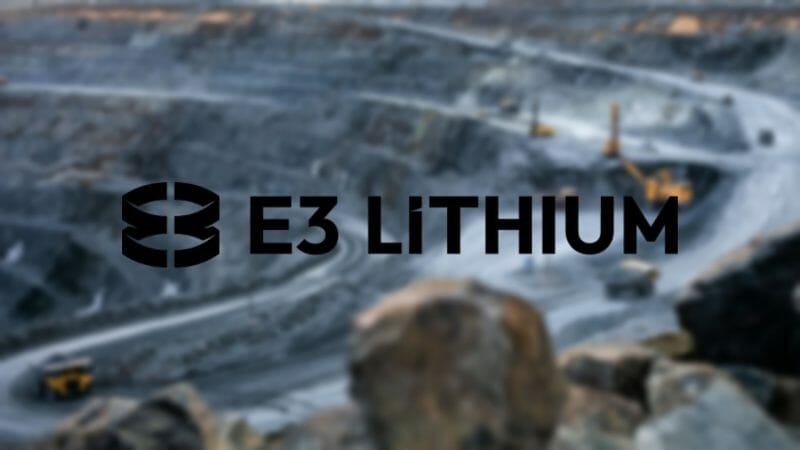 E3 Lithium Ltd. (ETMC.V), formerly known as E3 Metals Corp., announced today that it has formed a strategic agreement with Imperial Oil Ltd. (IMO.T). In doing so, the two companies will collaborate to advance a lithium-extraction pilot in Alberta. More specifically, the pair will explore the redevelopment of a historic oil field into a “potential new leading source of lithium” in Canada.

“Leduc No.1, Imperial’s first well into this reservoir, was one of Imperial’s most prolific oil discoveries in Alberta…Having Imperial now working with E3 Lithium in exploring the redevelopment of Leduc into a world-class source of lithium is an exciting new chapter in Alberta and Canada’s story,” said Chris Doornbos, CEO of E3 Lithium.

To clear up any confusion, on May 31, 2022, E3 Metals Corp. announced that it would be changing its name to E3 Lithium. Given that the Company’s sole focus for the last few years has been on lithium, the name change is certainly fitting. Anyways, referring back to E3 Lithium’s latest news, the pilot will support the Company’s Clearwater project, which will draw lithium from under the Leduc oil field.

Time for a brief history lesson. The Leduc oil field represents Imperial’s historic discovery credited for spurring major oil and gas development in Western Canada. Alluded to by Mr. Doornbos, Leduc No. 1 was a crude oil discovery made in 1947 by none other than Imperial. Before it was decommissioned in 1974, the Leduc No. 1 well produced 317,000 barrels of oil and 323 million cubic feet of natural gas. 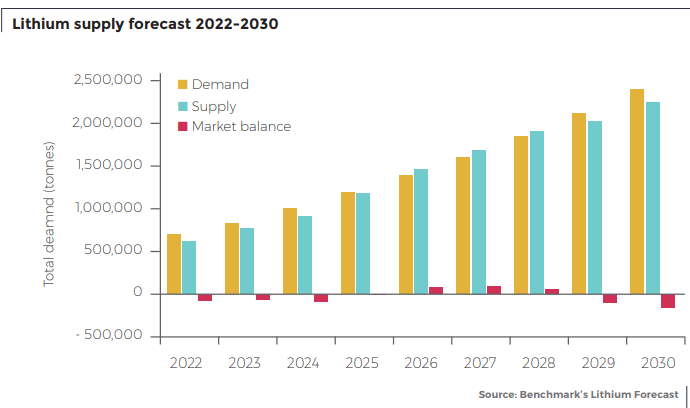 With this in mind, E3 Lithium’s proprietary technology is designed to extract critical minerals from lithium-rich brine, with potential for commercial development of battery-grade products. Personally, I do not have a developed opinion with regard to lithium. However, Benchmark Mineral Intelligence (BMI) recently published a rebuttal to Goldman Sachs’ assessment of lithium supply and demand.

According to Goldman Sachs, “the battery metals bull market has peaked.” The firm also concluded that the “fundamental mispricing of lithium has, in turn, generated an outsized supply response well ahead of the demand trend forecast.” Traditionally, many investors, myself included, have been under the impression that there are no concerns related to current lithium reserves.

While that may be in line with Goldman Sachs’ opinion, BMI paints quite a different picture. To summarize, BMI believes that, until 2025, the raw lithium market will remain in a structural shortage, whereby there is not enough capacity to meet demand. BMI has also claimed that the demand for lithium is unlikely to decline significantly before then. Make of this information what you will.

Getting back to the news at hand, the companies’ pilot project will include Alberta’s first lithium evaluation wells, which are expected to be completed by the end of Q3 2022. The project will focus on scaling up E3 Lithium’s proprietary technology, which brings the brine liquid to the surface where it is then removed and concentrated.

“We continue to advance the innovation and technologies needed to support the energy transition, working in collaboration with governments and industry to progress new opportunities from existing assets and sector expertise,” commented Jason Iwanika, Director of Commercial Business Development at Imperial.

The remaining liquid is then immediately returned underground in a closed-loop system. According to E3 Lithium, the Company’s Preliminary Economic Assessment (PEA), the first phase of development of this pilot project could generate an estimated 20,000 tones of lithium hydroxide per year. Under the terms of the agreement, E3 Lithium will continue to operate its Clearwater project and retain its IP.

However, Imperial will also provide technical and development support with regard to water and reservoir management. Moreover, E3 Lithium will receive access to freehold properties operated by Imperial. As for dollars and cents, Imperial has agreed to invest CAD$6.35 million into E3 Lithium at a pre-paid price of CAD$1.86 per warrant and the issuance of 3,413,979 warrants.

Each warrant provides the holder the option to exercise the warrant for one common share of E3 Lithium. It should be noted that the warrants are also immediately exercisable, non-transferrable, expire in 24 months, and are non-refundable. According to recent research, the global Lithium market is expected to reach USD$15.45 billion by 2028, expanding at a CAGR of 11.75% between 2022 and 2028. 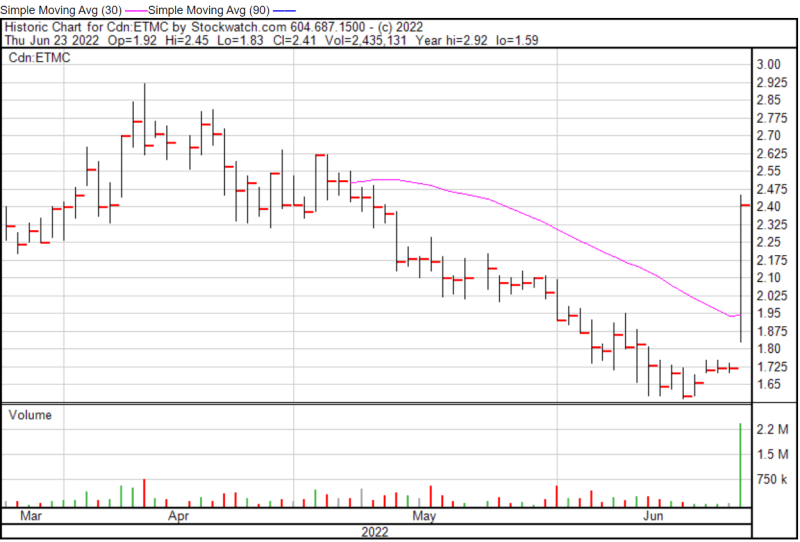