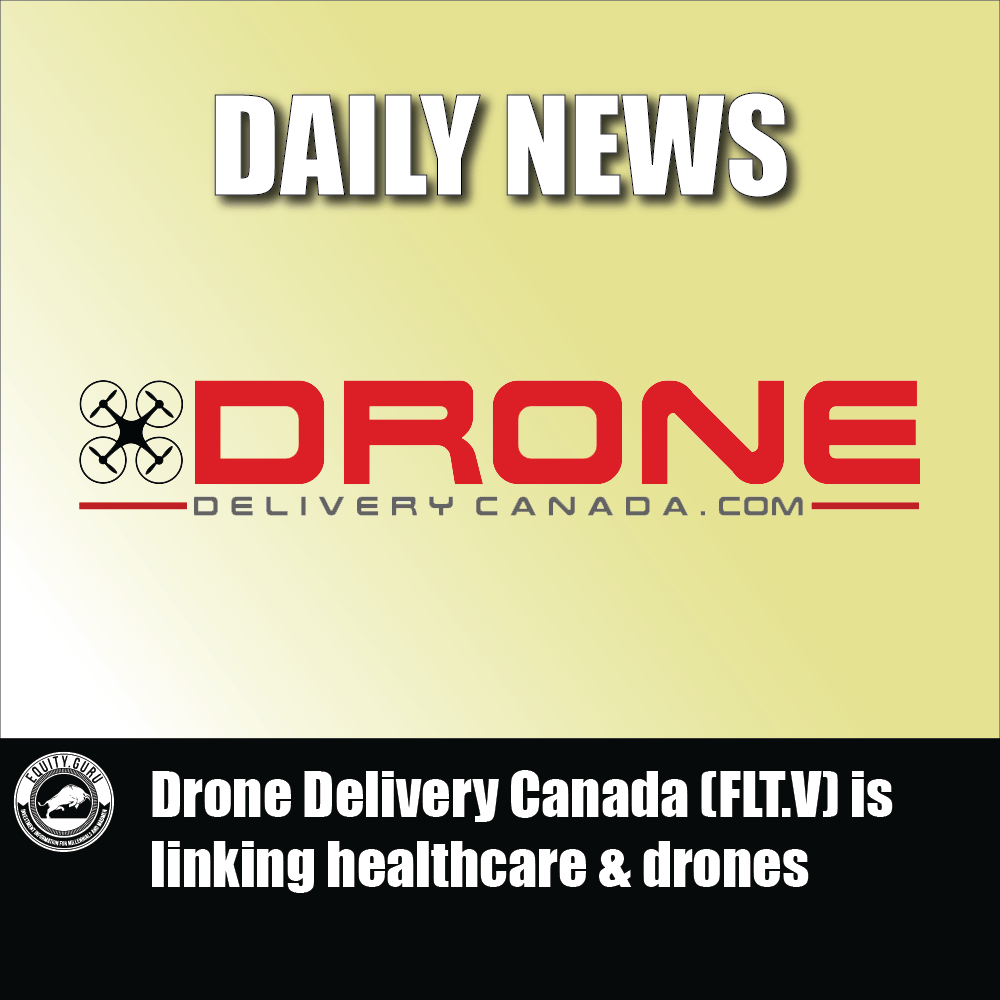 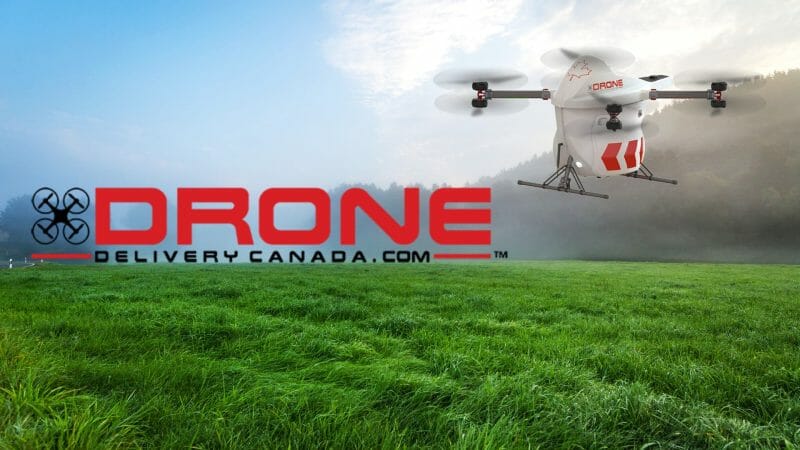 Drone Delivery Canada (FLT.V) announced today that, in cooperation with Air Canada (AC.TO), the Company’s sales agent, it has entered various agreements. Dated June 17, 2022, these agreements have been made with DSV Air & Sea Inc. Canada (DSV) and Halton Healthcare Services Corporation. Together, the parties will deploy DDC’s patented drone delivery solution at the Oakville Hospital.

“This project is a great fit to demonstrate a new efficient way to transport medical goods from DSV Milton to Oakville Trafalgar Memorial Hospital. It will also allow us to explore additional connecting air routes, through DSV, in the future,” said Steve Magirias, CEO of Drone Delivery Canada.

Since this is likely the first time you are hearing about Drone Delivery Canada (DDC), let’s talk about the Company. According to  DDC, the Company offers turnkey logistics solutions, including its proprietary FLYTE software system, hardware, and professional services. To summarize, DDC’s portfolio includes drones, all of which are intended to provide safe and secure autonomous cargo delivery.

Now, let’s talk about the Company’s credentials. Of the multitude of startups swarming Canada’s drone industry, DDC was the first drone delivery company to secure itself as a compliant operator by Transport Canada. Furthermore, DDC is credited for developing the first delivery drone to meet Transport Canada’s compliant unmanned aircraft standards.

DDC was also the first publicly traded company to be granted a domestic cargo license under the Canada Transportation Act (CTA) and Air Transport Regulations. The Company received its cargo license, which is usually only granted to airlines, on July 27, 2021. As defined by the CTA, the agency issues license to Canadian applicants looking to operate domestic air services. 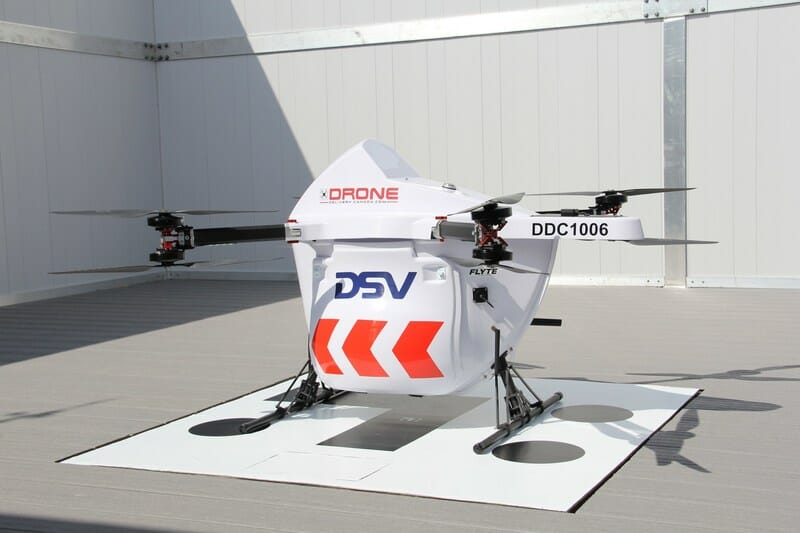 The CTA also issues licenses to operate scheduled and non-scheduled international services to and from Canada to Canadian and foreign applicants. Obtaining a cargo license was a significant milestone for DDC, enabling the Company to pursue additional drone delivery use cases. Since then, DDC has expanded its presence in a multitude of industries, such as airports, healthcare, and oil & gas, among others.

Speaking of healthcare, DDC’s latest initiative was developed in collaboration with McMaster University and DSV, the Company’s logistics partner. Ultimately, McMaster hopes to integrate drones into the nuclear isotope supply chain. However, DDC’s “revenue-generating pilot project,” will be conducted between Milton, Ontario, and Oakville, Ontario. It should be noted that DSV’s head office is in Milton. 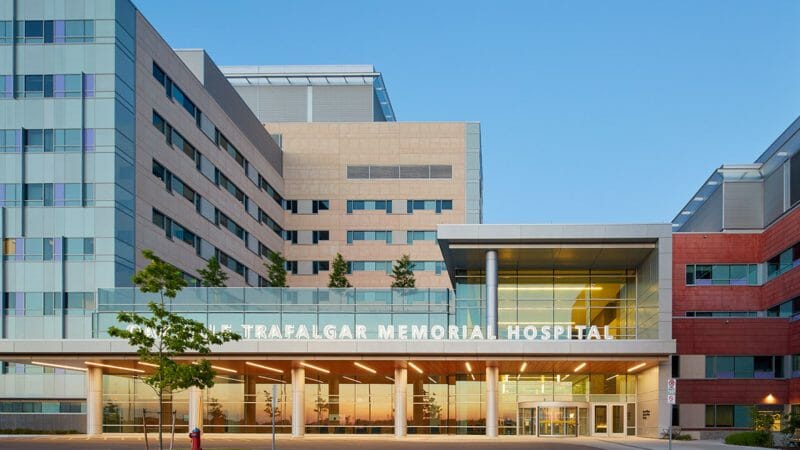 With this in mind, DDC will be relying on DSV’s existing DroneSpot® takeoff and landing infrastructure as well as establishing additional infrastructure at the Oakville Trafalgar Memorial Hospital. Operations are expected to begin in Q3 2022 for a duration of 6 months. Interestingly, I drive past the Oakville Hospital at least once a week. If I end up with any drones through my windshield later this year, I will let you know.

DDC’s latest press release notes that DVS’s intra-site route will continue to be operational in parallel to the Company’s planned pilot project. To summarize, DVS develops drone delivery routes, namely its intra-site drone delivery route. This route enables the company to deliver various types of cargo from its logistics facility and warehouse in Milton, Ontario, to DropSpot locations at its customers’ local facilities.

Previously, on March 15, 2022, DDC announced the approval and implementation of dangerous goods within DSV’s intra-site drone delivery route. This represents another significant milestone for DDC, allowing the Company to deliver dangerous goods to customers in various verticals, including retail and consumer products, healthcare, automotive, and chemicals. 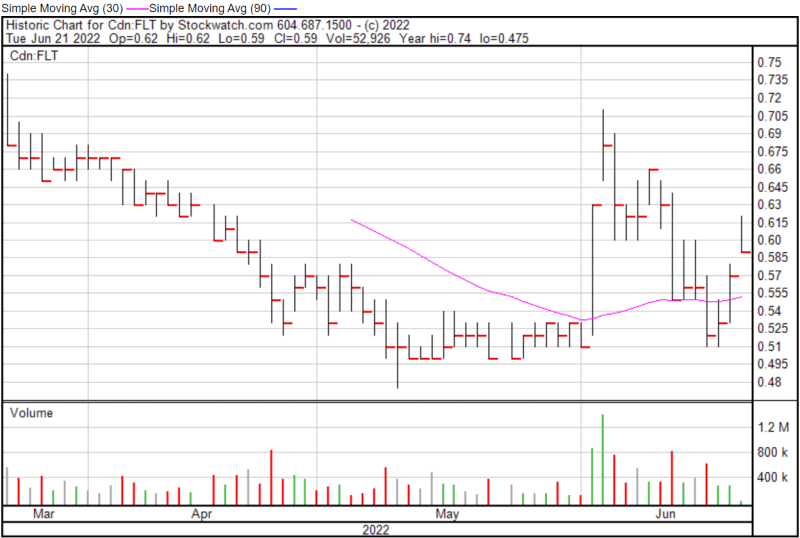