Mind Medicine (MMED.NE, MNMD.Q) announced that J.R. Rahn is stepping down from his roles as CEO and director.

Rahn was a co-founder of the company and was at the helm when the company went public, first on the NEO exchange last year and then on the Nasdaq. Since making it on to the Nasdaq, Mind Med’s stock is up more than 65%. The Nasdaq listing was a huge catalyst for the stock, sending it up to a high of $7.19 a share.

Rahn was a co-founder of the company and was at the helm when the company went public, first on the NEO exchange last year and then on the Nasdaq.

Rahn has also overseen the raising of $204 million USD in capital and will not be leaving empty handed, as he is receiving 1.5 million shares of MMED on his way out. At the company’s current share price, that exit package is worth nearly $6.5 million.

“Under my leadership the Company did a remarkable job of getting off to its unprecedented start, and building itself into a leader in the psychedelic medicine industry,” noted Mr. Rahn, reflecting on his tenure as CEO. “Since starting MindMed, it has been our goal to progress psychedelic medicines to one day help heal patients with mental illnesses. Our work to date and ability to raise capital has taken us leaps and bounds closer to that vision. This chief executive officer transition is a natural progression for MindMed as the Company heads into later stage clinical trials. I am thankful for the incredible team of scientists, doctors, innovators and investors who continue to support MindMed. This all could not have been possible without you.”

For the time being, Rahn will be replaced by Robert Barrow, the company’s current Chief Development Officer. MindMed will be interviewing a number of candidates, including Barrow. Barrow previously served as director of Drug Development & Discovery at Usona Institute, where was responsible for obtaining Breakthrough Therapy Designation for psilocybin in the treatment of Major Depressive Disorder.

Barrow’s combination of experience in the development of psychedelic therapies and late-stage clinical trials is the ideal combination for what MindMed is trying to accomplish in the near term.

He was also the chief operating officer and a director of Olatec Therapeutics where he oversaw the execution of numerous early and late-stage clinical trials. Barrow’s combination of experience in the development of psychedelic therapies and late-stage clinical trials is the ideal combination for what MindMed is trying to accomplish in the near term.

“We would not be here without J.R.’s vision and perseverance to establish us as a pioneer in this fast evolving new industry. I am incredibly excited to step into this new role and honored by the confidence placed in me by J.R., my colleagues and the board of directors. Having worked closely with J.R. and the entire organization over the past half-year, I am confident that this transition will be seamless. I look forward to continuing the execution of our core mission and strategies. We remain committed to continuing to advance MindMed as a leader in the psychedelic medicine industry and as a central nervous system-focused pharmaceutical company more broadly,” stated barrow. 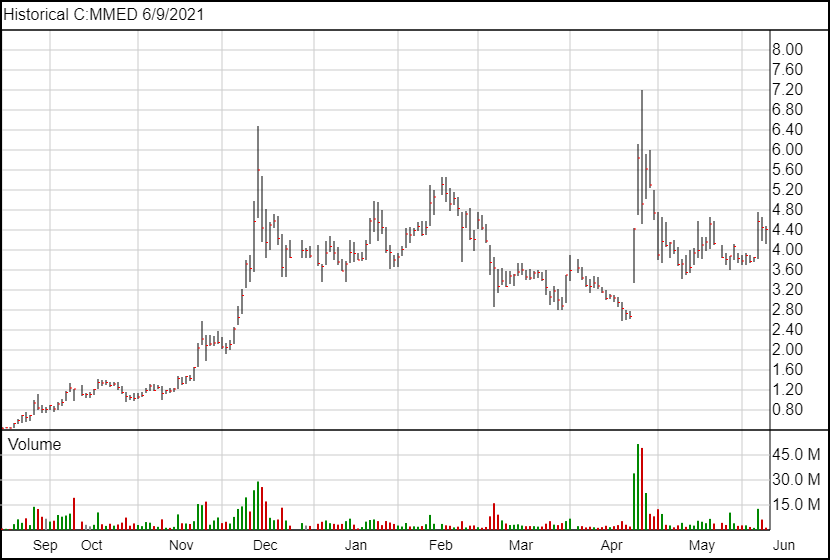 Following today’s announcement, Mind Med share’s are down 14 cents and are currently trading at $4.31.