Hello Pal International (HP.C) Dogecoin and Litecoin mining expansion is a failure to read the room

I’ve never seen the value in Dogecoin if we’re being completely honest.

It was explained to me in the following terms:

You can buy a car with Bitcoin to get you to the restaurant, where you’ll use Litecoin for an expensive meal. Tip your waitress using Doge. My response was a fairly common one I’ve heard from anyone skeptical of cryptocurrency and its underlying value: “why not do that all with fiat?” The looks I got from that were absolutely filthy, even though I was dead right.

Such is the nature of hype and market logic.

Dogecoin is the kind of joke that computer nerds make on their day off from doing more important things. It was created by IBM software engineer Billy Markus and Adobe software engineer Jackson Palmer in 2013. Their intent was to make a cryptocurrency to reach a wider demographic than Bitcoin.

Unlike thousands of other coins created everyday, the joke currency took off with a million visitors piling into Dogecoin.com to see what it was all about in its first month. I wasn’t one of them and I still don’t regret it.

Bitcoin, I understand. Ethereum, I get. Even Litecoin, or an ancillary like Atom, Polkadot or Chainlink, makes sense to me. Doge doesn’t make any sense. It’s up 15334.1% and has a $50,698,718,864 valuation right now, putting it relatively around sixth behind Cardano in terms of strength by market cap.

But unlike Cardano it offers no use-value. You can’t build d’apps on it. It has no smart contract capability. No applicability for DeFi. Unlike Bitcoin (or Litecoin) it doesn’t work as a store of value, and it’s even more illiquid than Bitcoin. What it does have is Elon Musk’s loudmouth twitter feed, blabbing about putting it on the moon and a legion of bovine followers who listen for their God king’s latest pronunciations like he was the second coming of Trump. It also has the Wall Street Bets crowd and their memestock invest-to-protest brigade, which in five years is going to be remembered as being no different than Occupy Wall Street.

Meanwhile, doge? It’ll still be around but it certainly won’t be worth what it is today. This is the high water mark, folks. Mark it.

That’s why when Hello Pal International (HP.C) picked up controlling interest in Crypto Pal Technology on the back of offering both litecoin and doge, the only feasible reaction was: “read the room, man.”

“Our acquisition of Crypto Pal is the next step in bringing the world closer together and promoting social tolerance.  Dogecoin, often referred to as “the people’s coin”, is being rapidly accepted and adopted internationally.  We anticipate gains to our userbase and livestreaming services from the integration of Dogecoin,” said KL Wong, founder and CEO of Hello Pal.

This is not what reading the room looks like.

It’s not hard to get carried away with the numbers, but they clearly need someone on their team with better information sources. Earlier in April 2020, the global crypto market surpassed $2 trillion and Doge was among the hottest cryptos, blasting off by 400% to a combined value of $40 billion. It’s at $50 billion right now and the chart looks particularly green. 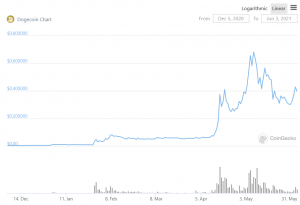 But it won’t stay that way. Musk will move on and the WSB crowd will be capricious with their money, and in five years we’ll remember this moment like we do pogs, Occupy Wall Street, and 1980’s one hit wonder Flock of Seagulls for the weird hairstyle of their lead singer.

“We’re ecstatic that our choice of cryptocurrencies to mine seems to have been validated especially by the recent incredible surge in market interest and activity of Dogecoin. As far as we are aware, upon completion of this transaction, we shall be the only publicly listed company with primary exposure to Dogecoin,” said Wong.

Apparently, Hello Pal is also offering users of their social media streaming platform the ability to mine DOGE and Litecoin, courtesy of an agreement to access 12,5000 mining rigs dedicated to mining both coins. That’s interesting at least and maybe the only string of hope in this whole twisted tale.

Forget Doge. I like Litecoin. Charlie Lee, Litecoin’s eccentric creator and chief mover, has shown quirky lateral thinking, and it’s apparent to me that Litecoin will continue to be worth something when all the hype has died.

Hello Pal’s recently acquired mining assets offer a combined hash rate of 6.25 TH/s, which is approximately 2.1% of the whole LTC network hash rate. LTC is presently trading at $189.94, and has cratered in recent months from its all-time high of $410.26 from last month. Cryptocurrencies do that and litecoin in particular. But it’s fortunes are tied to Bitcoin’s and when they resolve their Chinese issues and India figures out what they’re doing with cryptocurrencies, Litecoin will go along for the ride.

Curiously enough, the public reaction to Hello Pal’s offering Doge brought a wave of traffic to their company website large enough to temporarily crash it.

“The sharp increase in activity on our website and the Hello Pal app validates the clear position we have taken on Dogecoin as well as on cryptocurrency in general,” said Wong.

And to me it looks like a red flag.  The wisdom of the crowd is a contradiction in terms. 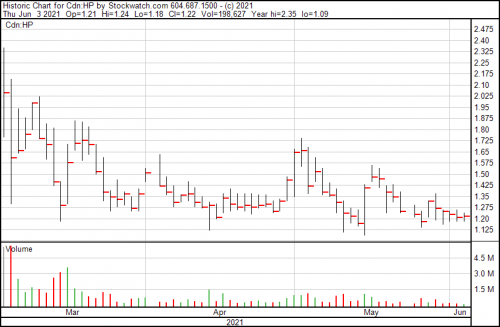