It’s not a secret that I am a big fan of BlackBerry (BB). Last year, I wrote about my love for the BlackBerry phones, and why I bought shares for the first time in my trading/investing career. The technicals were indicating a large move higher, and the fundamentals could back it as I hypothesized in that article. Then came the Amazon (AWS) partnership news…and then we all know what came.

Our entry into BlackBerry was BEFORE WallStreetBets came in to pull off their epic short squeeze. Another sign that technicals can predict events. 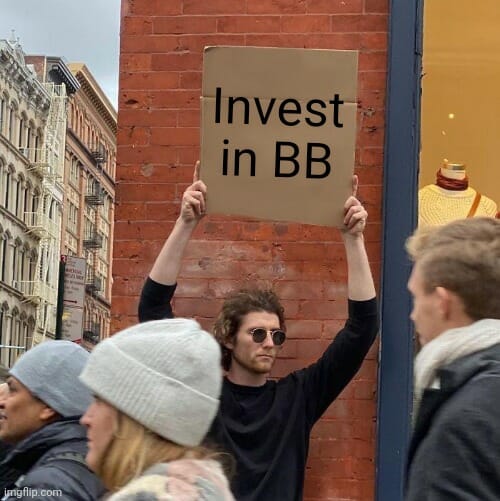 In terms of the long term fundamentals, I still would refer readers to the piece linked above. BlackBerry’s QNX system and its relation to self-driving vehicles is going to be big. Cybersecurity is still a major component. A new phone is supposedly coming out this year.

Funnily enough, I was just speaking with friends about BlackBerry losing that ‘it’ factor. It used to be so cool to own one. Then BlackBerry slacked on the marketing. The funny thing is, the ‘apes’ (not derogatory, what they actually call themselves) over on WallStreetBets will probably be BUYING the new BlackBerry phone. You will see posts on reddit showing gains in meme stocks with a comment saying it is being displayed from a new BlackBerry phone. In a way, the rise of the meme can bring back the ‘it’ factor for their phones.

AMC has been the meme stock on a tear! We have now broken above the major resistance zone I covered last week. New highs are coming and $50 seems like the next major psychological resistance zone.

I have been saying to watch the Russell 2000 as a confirmation that the retail money is flowing back into stocks. Even rotating from crypto’s to stocks. Although, Doge was up 25% at one point today…so we will see if this rotation still stands going forward.

It has been a bizarre week for following markets. We have seen the S&P, Nasdaq, and the Dow doing one thing, while the Russell does its own. The US Dollar and other risk off assets are showing some strength, but stock markets are holding up. We did see something similar to this during the first short squeeze on the meme stocks. Almost as if Wall Street wants to put a lid on moves. We will keep an eye on this going forward. 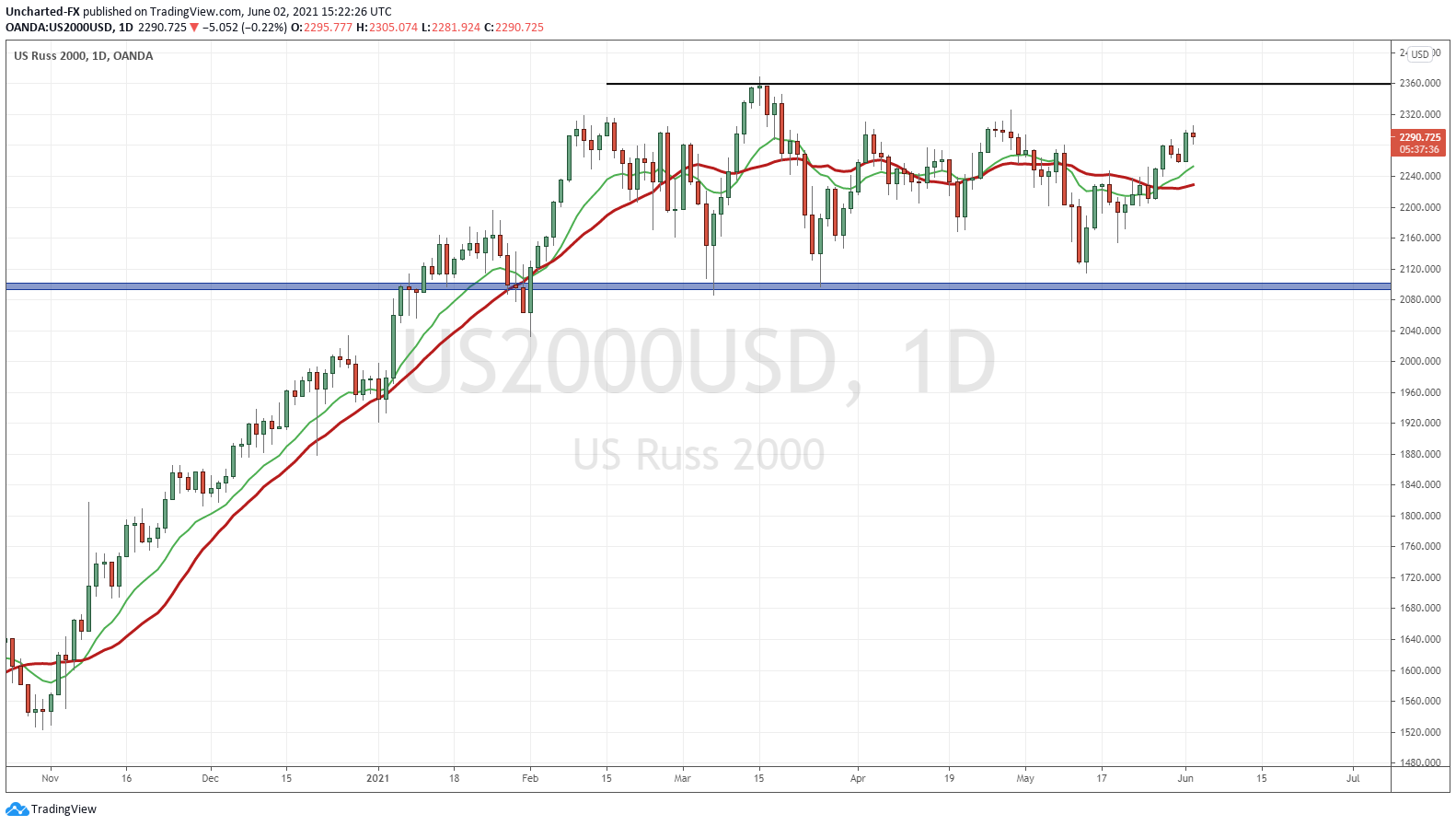 Over on Equity Guru’s Trading Discord Channel, we have been calling BlackBerry ‘BasedBerry’. The chart looked BASED. Two months ago, I mentioned a basing pattern on BlackBerry stock. We had to wait a few months, but it triggered.

Recently on Discord I have been updating our members on the imminent breakout. This occurred three days ago. 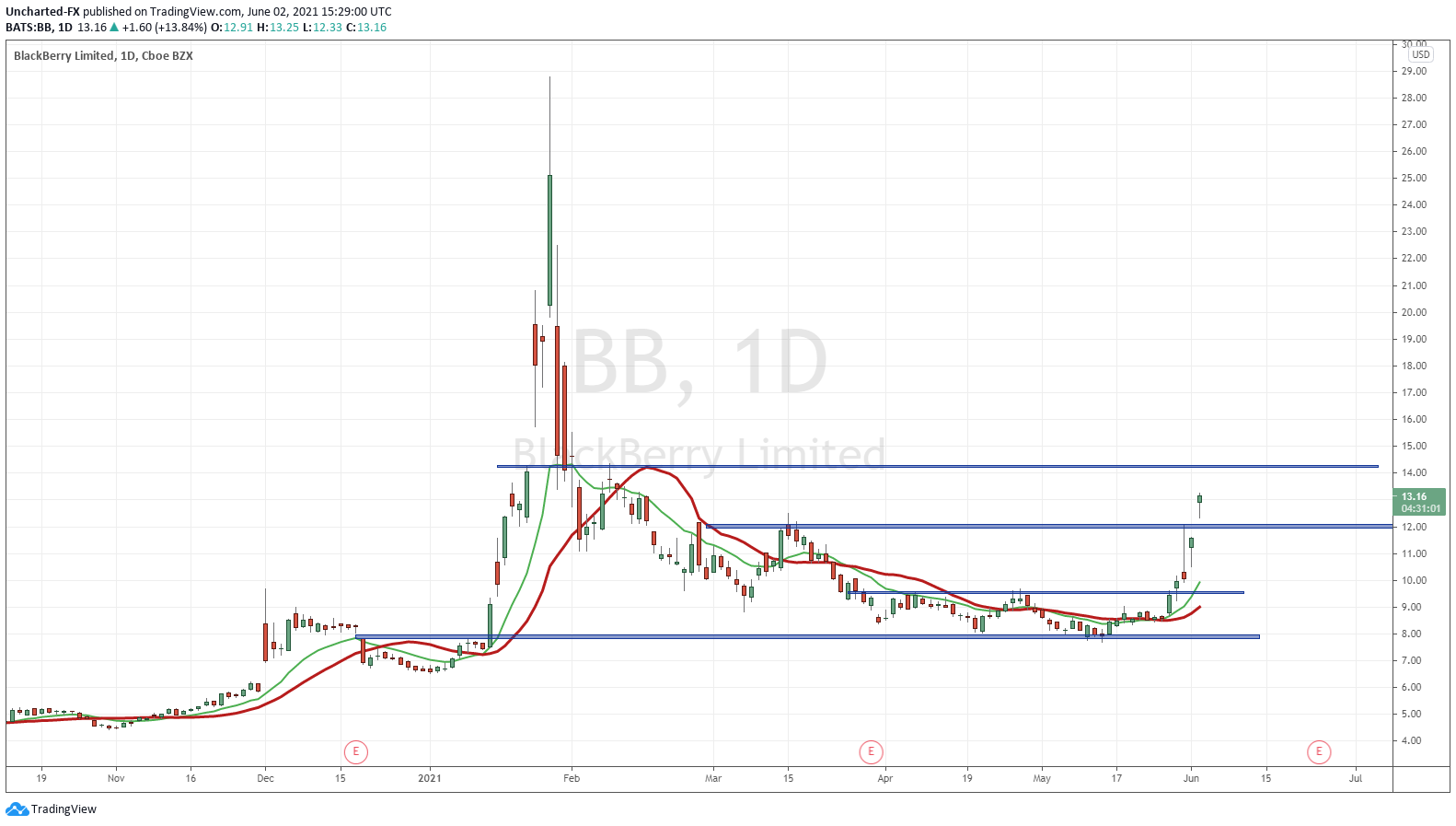 Our Breakout initiated with the daily close above $9.60. $12.00 was our near term resistance, but as you can see, today’s price action is breaking out! What we need for confirmation now is today’s daily close to print above $12.00. Momentum can continue to around $14.00-$14.50, and then honestly, there is no much resistance. We could easily head to test the recent highs around $29.00. 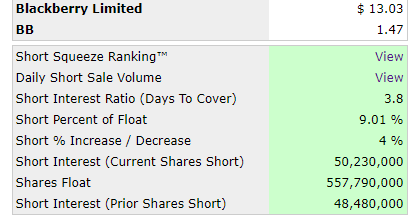 Shortsqueeze.com is showing about 50 million plus shares short. Is that enough for a short squeeze? Not really. But it is all about the momentum and hype now. Look at what the meme traders did for AMC. Some of them are probably thinking BlackBerry is still cheap. Maybe take some profits from AMC and put it into BB. Why not. It is all about attracting buyers, and I think this will happen.

Just head over to WallStreetBets. The only posts I see are of AMC and BB. Long term fundamentals are still there, but the meme traders don’t really care about that. This meme train still has some room to go and BlackBerry is looking the best for a continued move higher.