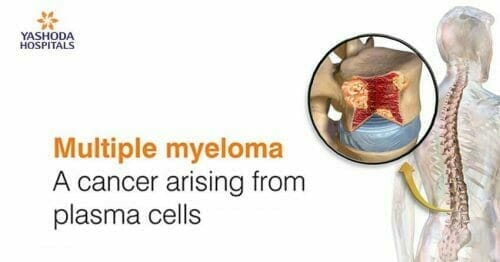 Telo Genomics (TELO.V) expands on knowledge base on multiple myeloma with new study

Telo Genomics (TELO.V) has co-written and published an academic study regarding their ability to positively identify high-risk versus low-risk smouldering myeloma patients in a longitudinal multiple myeloma clinical study involving 214 patients in the scientific journal “Cancers” today, according to a press release.

Before we get any deeper, we should probably answer a few questions.

It’s one of the more nasty cancers with a survival span of about four years, although there have been recorded lifepans reaching upwards to 10 or even 20, according to the SEER(Surveillance, Epidemiology, and End Results) data published by the National Cancer Institute. Approximately 150,000 people are living with multiple myeloma today in the United States, and the number grows by 32,000 every year.

“This study confirms the potential of TeloView technology to fill an important unmet diagnostic/prognostic need for multiple myeloma and its precursors. We see now the potential to accelerate the transition of TeloView tests towards commercialization,” said Guido Baechler, TELO’s chairman.

Telo Genomics is a biotech company with a telomere platform dealing ostensibly with cancer and neurological diseases. (If you need a refresher: Telomeres are the end of a chromosome, and made of repetitive sequences of non-coding DNA that protect said chromosome from damage.)

The company combines quantitative analysis of 3D telomeres with molecular biology and artificial intelligence to recognize disease-related genetic instability. Essentially, genetic sequences throughout the telomeres that decode into cancer or any other nasty disease, which the company can then use to develop simple and accurate products to improve the daily lives of patients by helping pathologists, clinicians, academic researchers and drug developers do their jobs more accurately.

The patient groups took groups of people at various stages of the disease from the least to the most advanced, and used their proprietary platform, TeloView. Patients in the study were then followed for up to five years. These stages are called monoclonal gammopathy of undetermined significance (MGUS) and it’s the first time the precursors of the disease made an appearance. That’s followed by smoldering multiple myeloma (SMM), which we detailed above, and followed by full-blown multiple myeloma (MM).

The important results from the study involved the identification of high-risk SMM patients who progressed to active MM within the first three years from point of diagnosis versus low risk stable SMM patients who remained at that stage for more than five years. TeloView analysis identified MM patients with a stable form of the disease versus those with the aggressive form with high significance. Lastly, the qualification of TeloView’s parameters correlated with MM patent’s survival rate, but it should be pointed out that there’s no single test to help positively identify high risk versus low risk SMM patents. At least not yet.

Being able to draw patterns and infer data from the information is a strong step towards future positive outcomes.

“This study is pivotal for the progress of the clinical development of TeloView as a potentially important prognostic tool for MM patients. The added value of this study comes from the fact that it is a prospective study with up to 5 years of follow up data, and included a large cohort of patients,” said Dr. Sabine Mai, director and chair of TELO’s clinical and scientific advisory board.

The results of these tests validate the findings of the previously published clinical studies using TeloView from 2014 and 2019, and bring the total number of patients analyzed to 362. The wheels of scientific advancement grind slowly but cancer treatments aren’t exactly something we can afford to be hasty in pursuing. 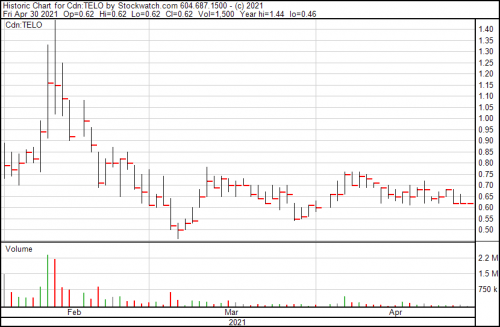 Shares are flat so far today, and the company is trading at $0.62.