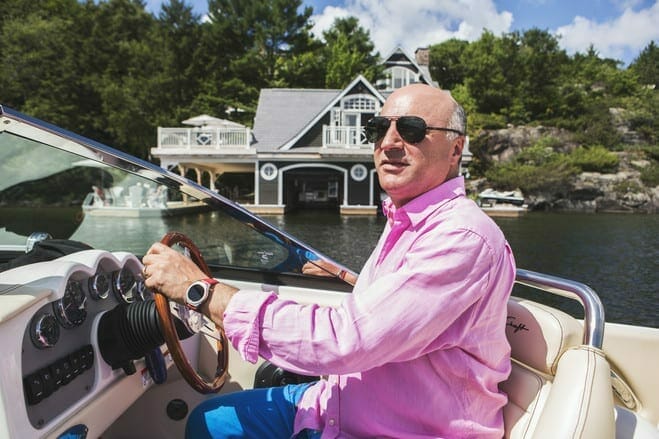 “Life is too short to be small.” – Tim Ferriss, The 4-Hour Workweek

Every psychedelics company starts its investor deck off with a fact about the quickly changing regulatory framework around psychedelics. States and cities across America are either decriminalizing or furthering decriminalization and legalization at a rapid pace. Sounds good, but what if it happens too fast?

Oregon recently passed a bill to decriminalize psychedelics, with several states like California, Connecticut, Florida, Hawaii, Kansas, Missouri, Washington State, and Virginia considering psychedelics and drug policy reform bills for 2021. For those looking to access psychedelic-assisted therapy or microdose at home, this is a good thing, at least in the short term. But there is a clear divide between for-profit companies and non-profit organizations as both have different motivations and interests.

When business dudes like Tim Ferris started donating to the psychedelics sector early on, I knew we would be having these types of awkward discussions. People like Ferriss straddle the line between anti 9-5 lifestyle guru and private equity’s compass to finding the next cool thing. Ferriss has recently come out on social media voicing his concern for Compass Pathways and their questionable business ethics around trying to patent every aspect of the psychedelic therapeutic procedure like sitting on comfortable furniture.

In the tweet thread ATAI CEO/founder Christian Angermeyer disagreed with Ferriss, calling attention to the fact that Ferriss isn’t even a real player in the space, only ponying up a couple mil.

I am very concerned by the patent land grab warming up in the for-profit psychedelic world. Is anyone working on a IP Defense Fund — or coalition of pro-bono lawyers — of some type to file USPTO objections/comments, etc. when companies attempt to secure broad patents that (1/2)

MindMed (MMED.NE) CEO JR Rahn wants nothing to do with decriminalization as he fears it hurts the company’s business plan.  MindMed angel investor Kevin O’Leary agrees. One of the big selling points for MindMed according to O’Leary was their disinterest in pursuing the recreational market. O’Leary was also critical of the recreational cannabis industry, saying it was of no interest to him as an investor.

MindMed has exclusive rights to eight clinical trials that are exploring the medicinal properties LSD, this has led some to worry that MindMed is going for exclusivity. Some investors believe that psychedelics companies who are doing clinical trials are hoping for a strictly regulated market so they can eventually control the creation and distribution of these drugs with patents. O’Leary stated that he is in the business of owning the compounds the psychedelics clinics are https://e4njohordzs.exactdn.com/wp-content/uploads/2021/10/tnw8sVO3j-2.pngistering. This is probably the most profitable road for research-based psychedelics companies to go down, therefore it’s the most likely.

“This isn’t the 1960s all over again. I want nothing to do with those kinds of folks who want to decriminalize psychedelics,” said Rahn in a Forbes interview. “You don’t have to be a revolutionary. You just need to show up to work every day, do the rigorous science, take a pragmatic approach and we’ll get there.”

During an event last summer MAPS founder Rick Doblin disagreed with Rahn’s viewpoints around decriminalization, stating “I think that this is one of the differences between for-profit and nonprofit. For-profit is cautious, it doesn’t really see the larger mission, which is really getting rid of the drug war.” Rahn has been vocal about his position, which lead to disagreements at the event, and later on Twitter.

Doblin has been an active member in the psychedelics movement since the 1980s, his organization MAPS has been at the forefront of psychedelics research for decades. When the US government made MDMA-assisted therapy illegal in 1985, Doblin went to DC himself to smash on congress’s door.

Long-time cannabis and psychedelics advocate Dana Larsen echoed Doblin’s message regarding Rahn’s philosophy, pointing to unfairness in the criminal justice system surrounding psychedelics. US drug policy has been a mess for a long time, and for psychedelics the Anti-Drug Abuse Act of 1986 really got the ball rolling. In 1992 the LA Times reported,

Take the case of Stanley Marshall, a soft-spoken young man from El Paso, Tex., who was arrested June 22, 1988. He was charged with leading a conspiracy to distribute LSD. The total amount of the drug seized from him amounted to less than a gram. It was impregnated on about 113 grams of paper, however, so Marshall was charged with conspiracy to distribute 113.3 grams of LSD. Had he been sentenced based on the amount of pure LSD he distributed, Marshall would have spent about three years in prison instead of the 20 he was sentenced to.

The sharks in this space have a much different plan than Doblin, they want maximum return on their investment and wont be singing onto the Usona Institutes pledge for open science any time soon.  O’Leary said in an interview he hopes and believes MindMed, ATAI, and Compass will all merge to form one company in the coming years only to merge with a big pharma player like Pfizer (PFE.N). All other companies in the space are ‘nothing burger’ according to him.

Christian Angermeyer sent out an email to his investors last March claiming he does in fact see a monopoly between Compass and ATAI, two companies he co-founded. He was also in that Twitter thread with JR and Doblin, playing both sides of the fence Tim Ferriss style.

This frightening outcome is exactly what Quartz warned us about back in 2018 in their piece about Compass creating a monopoly. In it, Quartz tells the story of how 9 people who formerly worked for the company raised questions about Compass’s intentions, worrying that the company’s rush to bring the drug to market would create risks for patients. All 9 of these critics charge that Compass Pathways has relied on conventional pharmaceutical-industry tactics to help dominate the field, including blocking potential rivals’ ability to purchase drugs, filing an application for a manufacturing patent, and requiring contracts that give Compass power over academics’ research and are restrictive even by pharmaceutical-industry standards. There were also reports of cutting corners like shortened training times for psychedelic practitioners.

Doblin also echoed concerns that companies like Compass weren’t appreciating the potential risks of psychedelic-assisted therapy like someone dealing with an especially painful trip, or someone not being screened properly. Doblin and many others argue that the practitioner should have some personal experience with the drug they are https://e4njohordzs.exactdn.com/wp-content/uploads/2021/10/tnw8sVO3j-2.pngistering to help build empathy with what the patient is dealing with. During difficult trips, it can help to hear that the practitioner has experienced the very same things, and made it out alive.

One company Numinus (NUMI.V) is pushing for open science, stating they won’t patent anything that will make psychedelics less accessible for people. Field Trip (FTRP.C) also embraced decriminalization and was actively canvassing potential locations for clinics in Oregon, but for the large part, these legal milestones have largely been ignored, or even criticized by some companies.

If Doblin’s mission is to end the drug war, and O’Leary’s mission is to sell out of big pharma, I think we will have some interesting clashes ahead of us in the coming years.