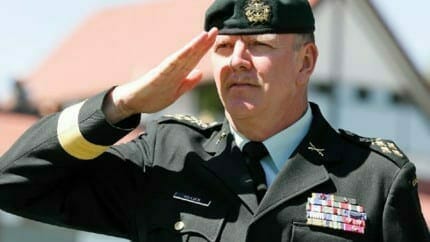 General Hillier will lead their new advisory council, and offer the benefit of his expertise in all things international regarding their strategic buildout. General Hillier, if you’re unfamiliar, served as Canada’s Chief of Defence Staff (CDS) from February 5, 2005 to July 1, 2008.

“I have always been impressed at how our home-grown Canadian defence technology companies have stepped up to support our troops with critical, world-class capability, just as our servicemen and women have always impressed by punching above their weight, something I remain immensely proud of. Kwesst’s mission to improve soldier safety and effectiveness through unique, advanced technology is exactly the kind of thing we need to sustain here at home, now more than ever, and I’m pleased to still be ‘in the fight’ with strategic advice to Kwesst,” said General Hillier.

He’s well regarded in the armed forces community as someone who gets stuff done, such as acquiring additional funding and modernizing Canadian military equipment to maximize operational effectiveness in Afghanistan. In October of last year, Ontario Premier Doug Ford gave General Hillier the reins of the province’s vaccination task force in response to the COVID-19 epidemic. 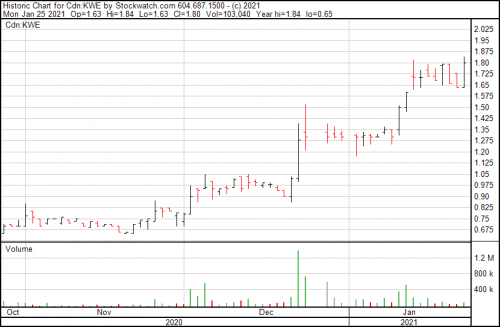 Kwesst is up 10.4% today, which is only part of this company’s story. They’ve only been public since September and they’ve already bounced from their listing price of $.75 to where they are now at $1.80. The value of a company like this speaks for itself. We live in a dangerous world and technological advancements that provide for greater safety are generally well rewarded.

Here’s something we put together to best explain what Kwesst is and what they do.