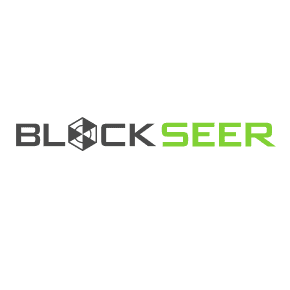 In Bitcoin’s early years, bitcoin mining was done by tech adept kids in their mother’s basements over a LAN network. Each computer would contribute their computing power and take home an amount of Bitcoins relative to the amount of power they pumped into the mix.

It was entirely possible to spend a weekend mining bitcoin, bring in a few hundred, and go back to school on Monday to brag to your friends about the cool nerdy thing you did on Saturday night. There were no need for governance models and transparency was the equivalent of going over to see what was happening on Tommy’s screen. That’s back when it was worth less than a quarter, and nobody gave a shit.

To reiterate, crypto-mining pools are the software that allows miners their connection to the various blockchains. Bitcoin mining pools generate revenue through mining fees, which are usually around one to three percent of the total Bitcoin mined. Miners contribute their hash rate to the pools and get Bitcoin rewards commensurate with the amount they contribute.

Right now there are absolutely no requirements for private pools to meet any data or reporting standards, and DMG has worked over the past few years with accounting and legal firms as technical experts to investigate and test data from various mining pools. The Blockseer pool is focused on meeting these set standards so users can be assured that there’s a proper governance model in place to ensure reliable data reporting in a transparent way with third-party independent verification.

“We built the pool on the technology platform that drives our mine management platform, thus creating a unified user experience for our customers, and enabling us to quickly add features to both products. In the near-term future, we will be providing audit-ready reports and irrefutable proof of our customers’ mining revenue, directly from our user interface. For DMG, the launch of the pool is only the beginning. Our team will continue to work hard on adding all of the revenue, cost tracking and projection information that miners look for. Following the same philosophy which we used in building our mine-management platform, we built the pool we wished our vendors had provided for us,” said Adrian Glover, DMG’s chief technology officer.

Ten years ago there was no need for know-your-customer and anti-money laundering protocols in the beginning. Your weed dealer would have punched you if you asked him if he took Bitcoin. He’d likely still punch you today—he’s not an idiot, he takes Monero. But today there’s a big need for this type of oversight. All users of Blockseer’s pool are required to pass KYC protocols, and block posted to Bitcoin’s blockchain by Blockseer’s pool will contain filtered transactions using Blockseer and Walletscore’s labelling data, as well as verified sources such as the United States Office of Foreign Assets Control (OFAC) blacklist for crypto.

“Blockseer’s pool brings a new compliance-focused standard to the industry, not only in the data the pool provides to its users, but also in the Bitcoin blocks it mines on the network. The pool is focused on being devoid of transaction from known nefarious wallets which use this medium in ways that continue to sully the reputation of crypto currencies, specifically Bitcoin, in the mainstream as well as to impede widespread adoption. Blockseer’s pool will be the first of its kind focused on governance, transparency and building Bitcoin blocks on the network, which are not primarily focused on transaction fees first but on sound transaction data and history,” said Sheldon Bennett, DMG’s chief operating officer.

Your weed dealer needn’t worry about taking Bitcoin for

Seriously, grandma. Put some tape over your camera.

Over the past six years the data analytics platform has been used by low-enforcement agencies, providing Blockseer’s new pool with credible data related to fraud, theft, money laundering and other nefarious activities, which will be filtered out of any block that the pool will post to the blockchain ensuring that if bad money’s come in or left that particular link, it won’t be included in the posting. Also, Blockseer has a patent pending to filtering transactions, which will examine transactions both to and from Bitcoin wallets, which will exclude high-risk wallets.

The Blockseer pool platform is currently in private beta, with a public beta coming shortly.

Today’s Idea: DMG Blockchain Solutions (DMGI.V) is a frontrunner in the race for crypto regulations

Chart Attack: DMG Blockchain Solutions (DMGI.V) is up 98% YTD, but we are just Getting Started!