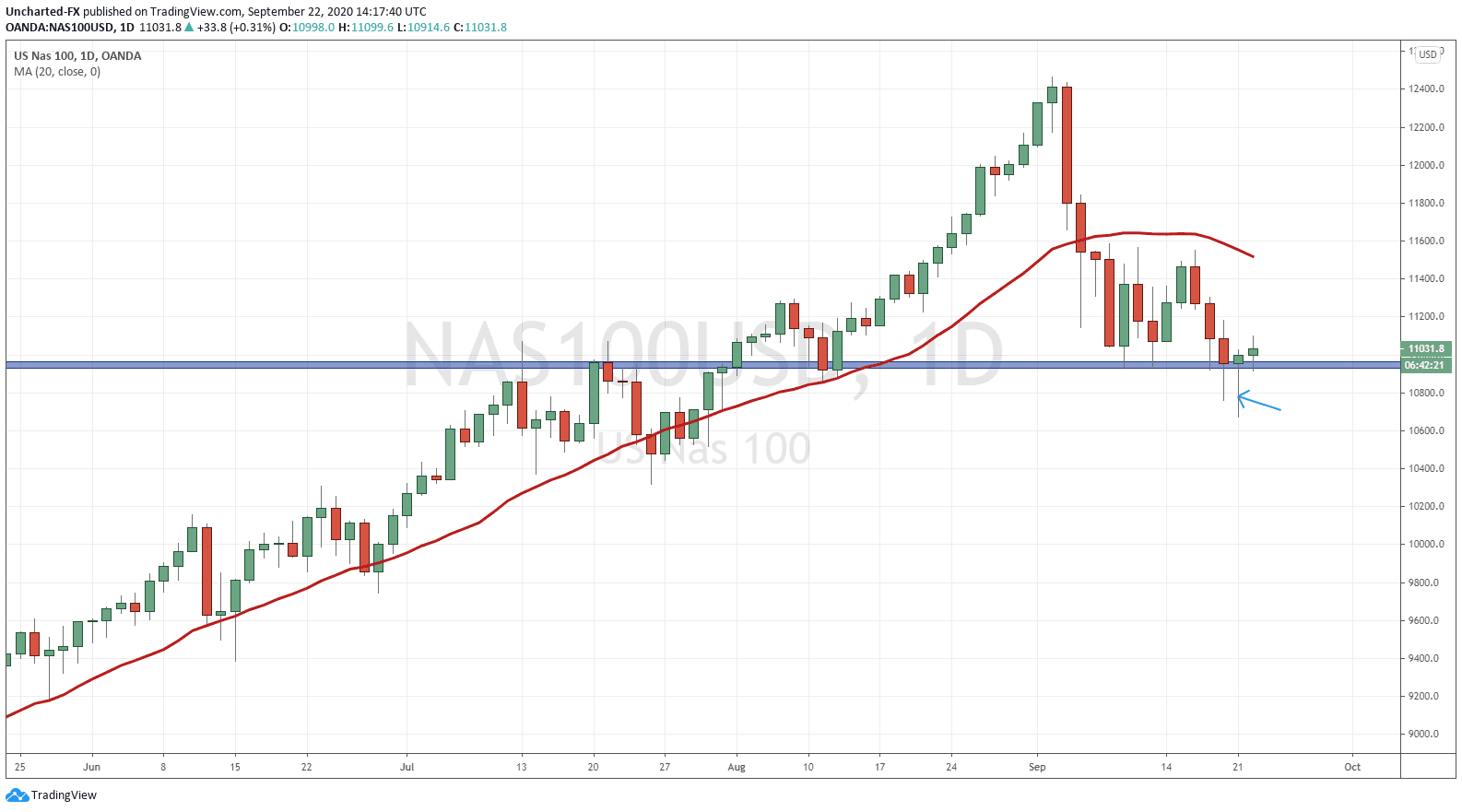 Wild day on Wall Street yesterday. If you read yesterday’s morning post, you knew what I was looking for. I was primarily watching the US Dollar chart, and also the daily closes on the equities. If you remember, the daily candle close below our support levels was key for a trigger to go short. These daily closes occurred on the S&P 500 and the Dow Jones. The Nasdaq is a different story which I will cover later below.

Markets were moving on the report of banks partaking in widespread money-laundering activities. Major bank stops gaped down between 2-3% pre-market, which impacted the equities in general. However, mainstream financial media was relatively silent on this news. Even this morning…not a peep from them.

One major factor to remember is that the Dow was down over 1000 points at one time, but ended up recovering most of those losses and closed down 510 points on the day. The truth is that the macro factors for the markets still remains the same: more cheap money, and stocks being the only place to go for yield. In fact Jerome Powell came out this morning to reiterate that the Fed will do “whatever it takes” pledging the Fed’s economic aid to the markets.

One can argue that with the US elections coming, and the fact the the division between Americans is huge, we will see drama. It is very likely that whatever side wins the election, the other side will not accept the result. There could be violence on the streets of America, and the election could be contested for months. Which would mean nothing gets done in Washington. No more stimulus and stimulus cheques etc. Is the market pricing this in? With the death of Ruth Bader Ginsburg, it adds even more uncertainty as the replacement process will be mired with politics and more division than usual. I believe this adds to more fear and uncertainty which markets do not like.

Without a doubt we will see some volatility in markets with election headlines. Although I think market participants should keep in mind the broad picture. Whoever wins the elections, will not change the fact that more cheap money is coming. In fact, I would even argue a Biden victory would be more positive for markets because it means even more debt. I know I keep beating this point to a pulp, but the fact that markets remain the only place to go for real yield is really the major key to why markets will remain propped and will be moving higher in the long term.

So what do I see in this week’s movement.

I do think this is a pullback or relief move in markets. This is NOT the ‘big one’. The signal of the big one will come from the bond market. When interest rates begin to spike up, that is the sign the crash of all crashes is coming. But currently, central banks around the world continue to buy up bonds to keep interest rates suppressed, forcing money to go into stock markets for yield.

As my readers know, nothing moves down forever. This is why I recommended to our trading discord channel members to not chase the short on the close right away, but to wait for stocks to pullback higher before entering a short. This gives us a better risk vs reward ratio as we get to put our stop losses above the break down zone (highlighted in blue on the charts). 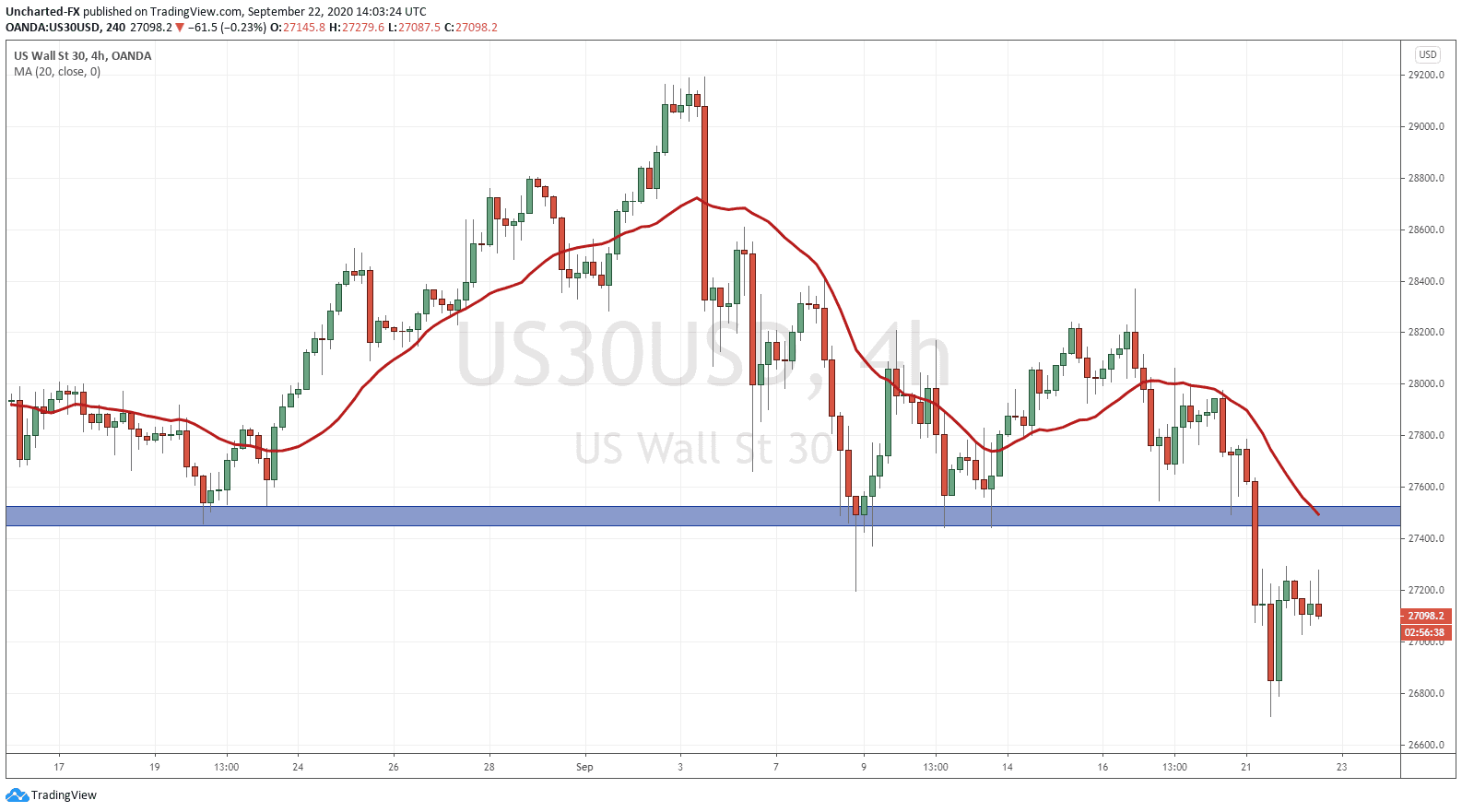 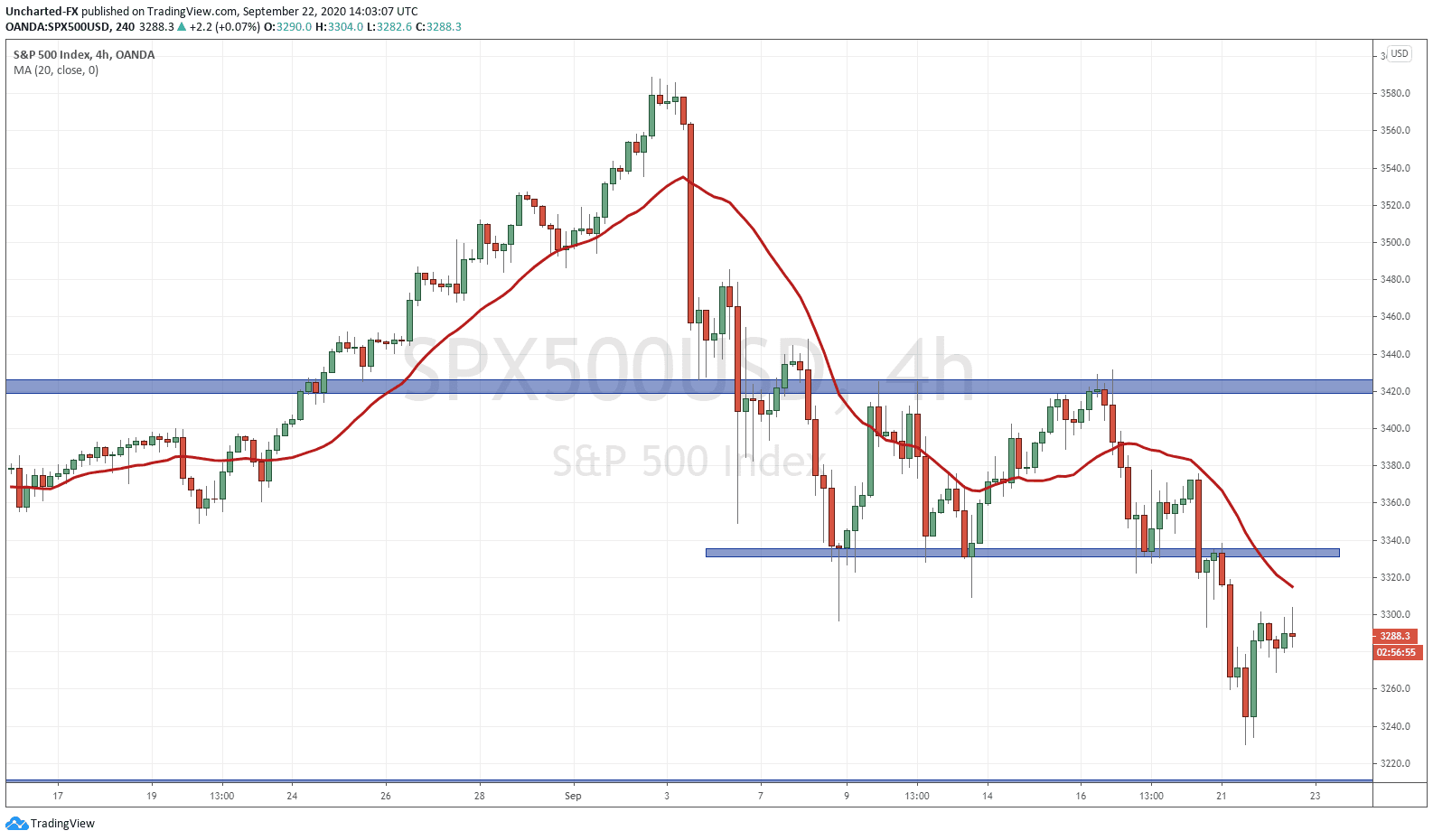 As you can see from the S&P and DOw charts above, price retraced and is now seeing some selling pressure. This could be the beginning of the second wave lower.

I say ‘could’ because the indicators to track fear and money flows are not really flashing red. 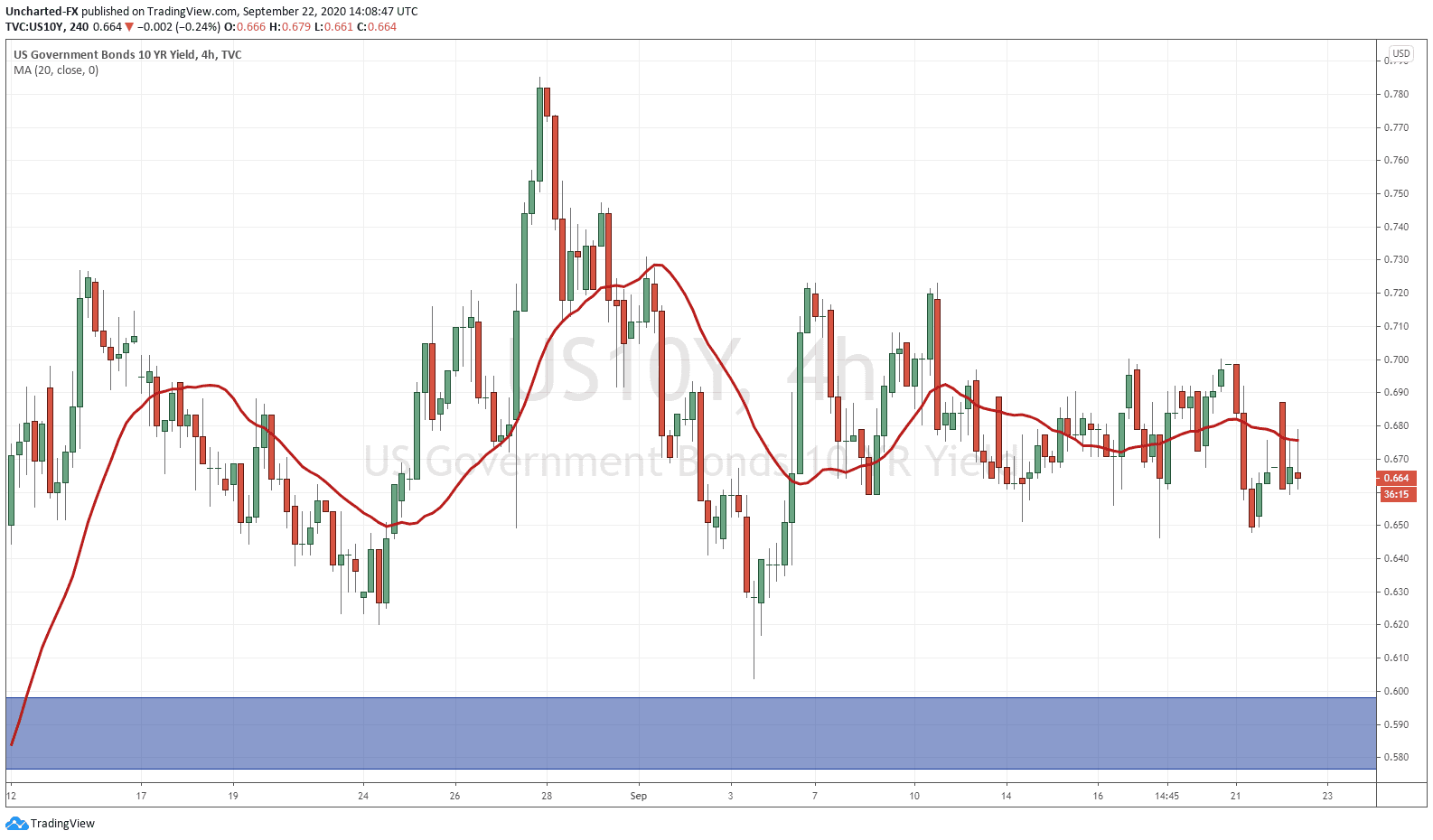 The 10 year yield went red, but still remains very much stable and in a range. When we see fear, we should expect to see money running into the safety of bond…or even Gold…which would cause rates to move lower. We are not seeing a move lower in yields indicating that this could just be a relief/pullback move and not a MAJOR sell off. If the yield begins to drop, that would change. 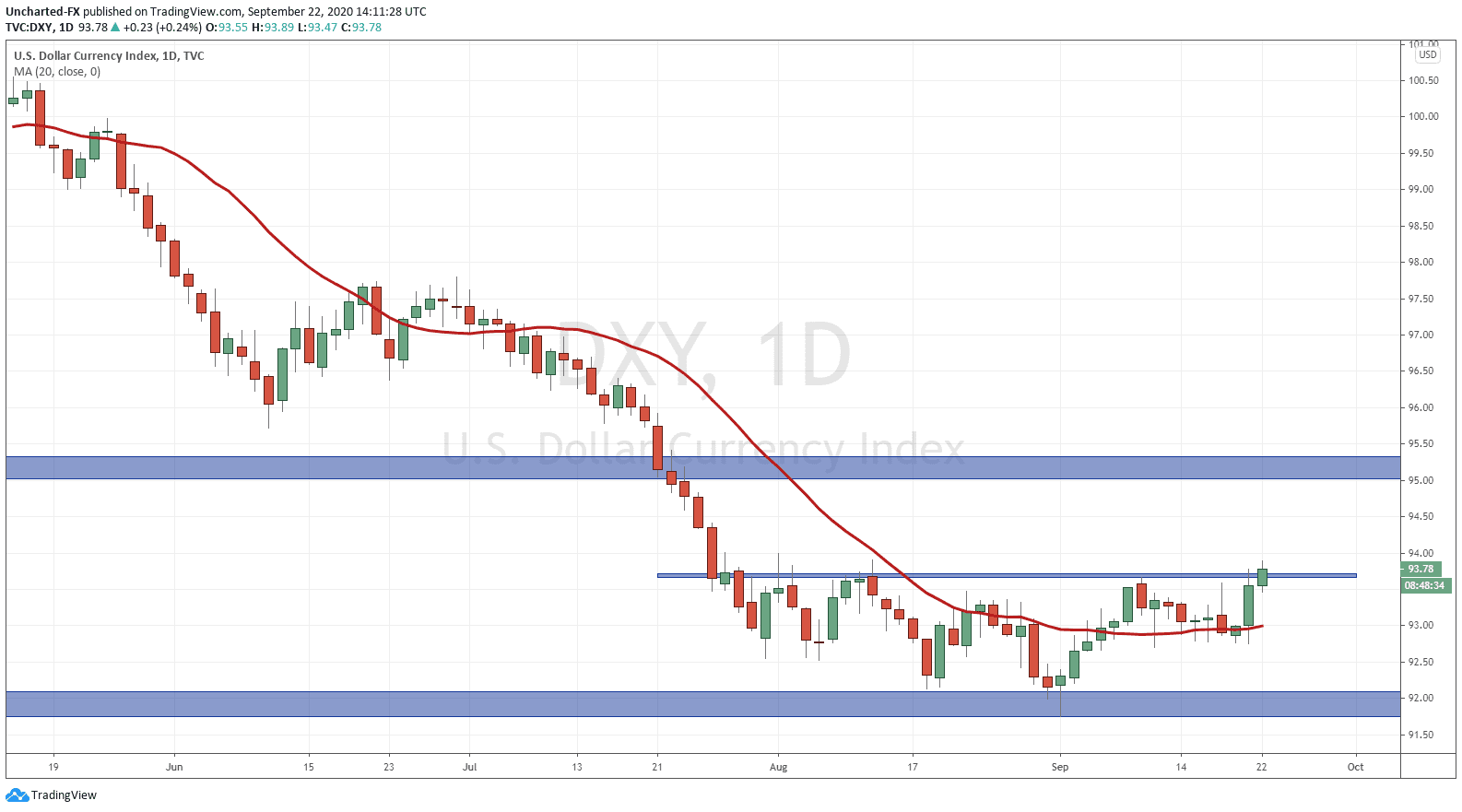 I have been mentioning the US Dollar and how this chart is key for a lot of reasons. I won’t mention too much here, as readers can check out my previous market moment posts. But the US Dollar is seen as a safe haven currency, and generally a higher dollar leads to lower markets. A confirmed daily breakout would also put pressure on the stock markets. 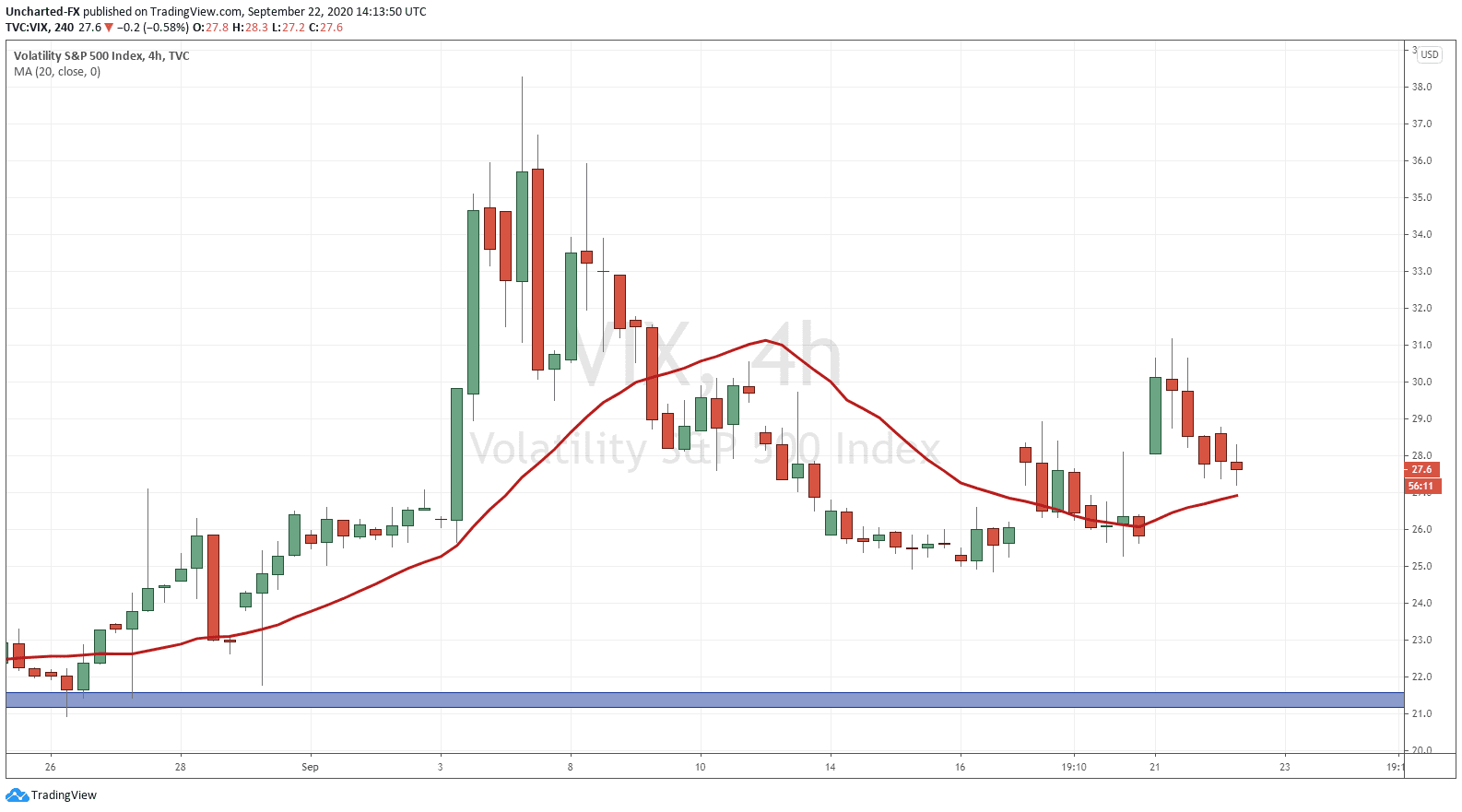 Finally, the fear indicator it self, the Volatility index (VIX). Yes, we spiked yesterday initially, but then sold off as markets recovered. As you can see, we have not popped higher today. On the intraday charts, I am watching for a move higher in the VIX to indicate a resumption in the equity sell off.

So a bit mixed as you can see. Just by looking at the technicals, we can expect another leg lower. But other indicators are not suggesting real fear as of yet.

The Nasdaq is the chart which surprised us all yesterday on the close, and points to the strength of tech stocks and its “stonks” meme levels.

The Nasdaq is the only major index which failed to achieve a daily candle close below support. In fact the past two trading days saw price drop below but then reversing back above support! This is once again why it is so important to wait for candle closes!

The term that is being used by traders now is the ‘cuckening’. Essentially it is a more humorous term for a fake out. When price begins to indicate that it will roll over lower (or breakout higher in the opposite scenario) but then reverses and traps the short sellers who are now holding a loss. When they close their shorts for a loss, it must be closed with a ‘buy’ order, which further strengthens the move.

Cuckenings in markets are now a common occurrence. Experienced Wall Street traders know that there are more newbie traders playing the markets. The Robinhood crowd and those who have used their stimulus cheques to open trading accounts. Wall Street is setting up price traps for these people, and are taking their money. They are being cucked.

The arrow on my chart highlights the cuckening that we saw as traders went short the Nasdaq. In order to get bearish, we need a close below this support zone similar to what we have on the S&P and the Dow Jones.

Apple and Tesla stocks move this market so you should watch their price action. In fact we have Tesla’s battery day today post-market at 1:30 PM PST/ 4:30 PM EST. Elon Musk has promised a lot and if the announcement does not live up to the hype, the stock price of Tesla may tumble tomorrow morning. This could be a factor for getting that breakdown on the Nasdaq. But until that happens, I remain on the sidelines and trader other opportunities in the Forex market, and watch for signs of that lower high on the S&P and the Dow. 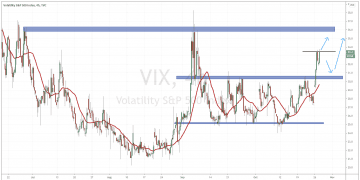 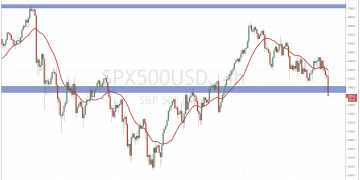 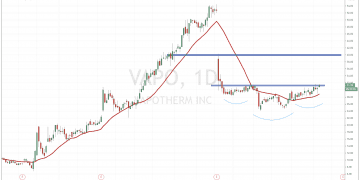 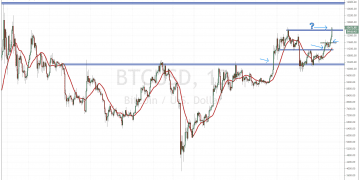 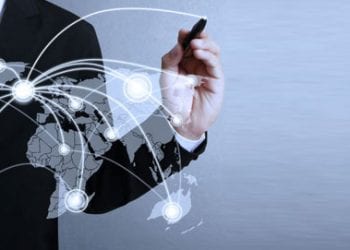