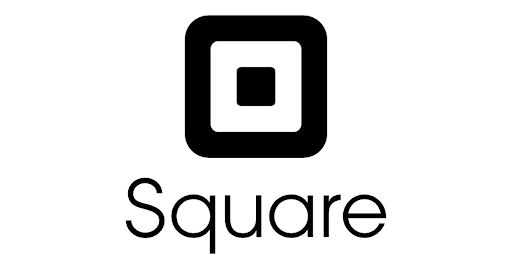 Periodically you’ll hear someone ask about the value proposition for Bitcoin. It’s not a mineable metal that can be used in a product, nor is it really a safe haven currency. Literally, they’ll say, the only reason for buying it is so you can sell it at a later date and hopefully make money. And there really is no solid rebuttal for that, because it’s absolutely right. But bitcoin is fuel for other products, sold around or inside the cryptocurrency ecosystem, and there’s definitely money to be made there, and therefore, value to be generated. Like Square (SQ.NYSE), which brought in $306 million in bitcoin revenue during the Q1 2020.

The company’s gross profit from bitcoin sales nearly doubled from the previous quarter, and their volumes are up 72% quarter-over-quarter and 367% year-over-year.

San Francisco-based Square’s business is financial services, merchant services and mobile payments. The company is involved in several software and hardware payments products, and has since expanded into small business services. The company has been around since 2009, founded by Twitter (TWTR.Q) CEO Jack Dorsey and Jim McKelvey. It launched its first app and service in 2010, and has been on the New York Stock Exchange since November 2015.

Square’s primary source of revenue are the Square Reader, which accepts credit card payments by connecting to a mobile device’s audio jack. The original version involved connecting a read head directly to a 3.5 mm audio jack, through which unencrypted, analog card information was fed to smartphones for amplification and digitization. Later came the Square Stand, which turned any iPad into a point of sale device, and later still came the Cash App.

The Cash App allows person-to-person money transfer via the app or website, and in 2018, they extended that to include Bitcoin, allowing people to both buy and sell the cryptocurrency using the application.

Square said in the letter that April was an especially busy month for Cash App, noting:

Square’s Cash App has enjoyed increased bitcoin engagement due to the economic turmoil caused by the coronavirus pandemic and stated and local government ordered shutdowns in the United States, generating $7 million gross profit in Q1 of 2020.

Stepping beyond bitcoin for a moment, the market volatility driven by the pandemic has led to a surge in new accounts and trading activities, according to The Wall Street Journal at the end of April.

TD Ameritrade said that its retail clients opened 608,000 new funded accounts in Q1 2020, with more than two-thirds of the openings coming in March. Last month, Square announced the addition of a feature which would allow users to direct those stimulus payments to their Cash App accounts.

“We also worked with our partner banks to expand direct deposit eligibility from 3 million customers in February to approximately 14 million customers ahead of the IRS’s second portal release on April 15. Our direct deposit product provides customers with a unique routing and account number that allows them to deposit their stimulus funds, tax refunds, or paychecks directly into their Cash App account. Primarily driven by the stimulus payments, Cash App achieved its highest direct deposit volume during the month of April, as volume increased approximately 3x compared to March,” Square said in a letter.

It’s a difficult argument to refute, the notion that bitcoin’s value is based on air and not any real utility, and so mostly it’s not worth it to even try. It’s not quite right, though, when you consider that value itself is generated by the collective faith of the people who use it. So therefore, while bitcoin and other cryptocurrencies may have no intrinsic use-value based on its presence (for that matter, neither does gold) it still generates value based on the economic activity it facilitates.