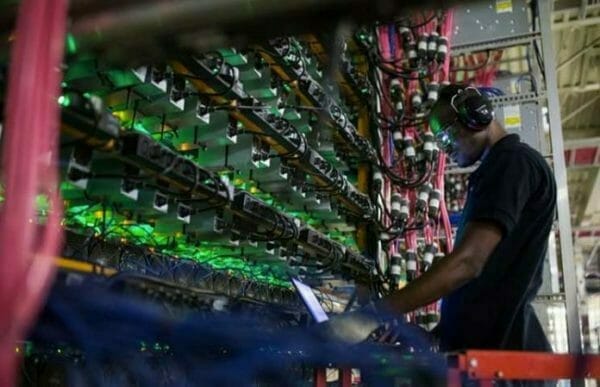 DMG Blockchain Solutions (DMGI.V) has increased both their own mining and their hosted mining capacity by adding next generation ASIC technology to meet the new hashrate demands post-halving.

Anyone involved in crypto in any capacity knows that Bitcoin was created to combat increasing inflation driven by issuing more fiat currency. Bitcoin’s nature is deflationary for that reason, and with what’s going on in the world right now with COVID-19 shutting down the world’s economy and making the Fed go on a money printing spree just before the halving, there’s respectable upside for bitcoin price increases in both the near and long term.

But if a company is going to get a slice of that pie in the future, they’re going to have to spend now.

“DMG successfully negotiated third party financing for this recent purchase, believed to be one of the first instances of specific crypto equipment financing in the industry. This deployment of capital represents only 20% of the total amount offered to DMG under this non-dilutive debt financing. DMG invested substantial capital in building its state-of-the-art mining facility and related power infrastructure, and the Company’s ability to begin filling the facility with the most cost efficient mining technologies is no longer reliant on raising additional capital, but instead via equipment financing instruments,” said Dan Reitzik, CEO of DMG.

When Bitcoin is split in half next month, the hashrate and price are going to take some time to follow suit. The hashrate is going to go down when miners realize that they’re not making money at the present price and pivot to something more lucrative, and the price isn’t going to bounce until the demand is rearranged to meet with reduced supply.

As bitcoin mining companies learned last month when the COVID-19 downturn socked bitcoin’s price in the mouth, a vast reduction in price coupled with the same hashrate spells the death knell for companies still employing antminer S9’s and similar machinery. If it hadn’t been for the recovery, then right now we’d see desperate companies burning through their cash and whatever stored coins they have to keep the lights on in a race to be the last company standing. The difficulty for mining the block changes every 1,600 blocks, and once enough companies stop production then the difficulty for mining the block eases.

Until then, only companies with the latest equipment and the tightest, leanest operations are going to survive the squeeze.

DMG wants to be one of those.

The M30’s should be profitable for at least 36 months based on the current bitcoin price and with the changes in network hashrates and halving factored in, as well as DMG’s access to low cost power because of their 85 MW substation. One of the company’s existing alt-coin clients has also added an addition 23 petahash of Bitcoin miners for hosting at DMG’s facility. The shipments are expected on all new miners and they’re expected to be on-line by the end of the month.