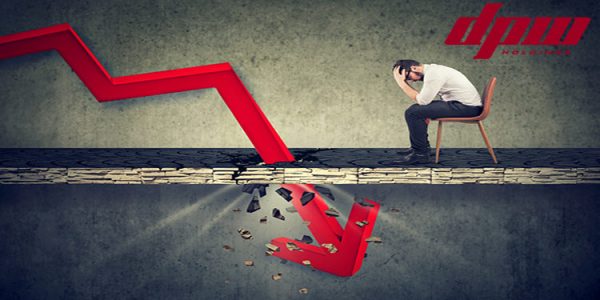 Digital Farms, the crypto mining subsidiary of DPW Holdings (DPW.NYSE), has permanently closed its doors crying about the hashrate, even despite market recovery.

The idea that only the strong will survive in this post coronavirus world is a market cliche, but it’s not wrong. DPW Holdings has always been something of a shitshow anyway, having started regularly hemorrhaged money long before they were serving up bat soup in Wuhan Province.

Here’s what we wrote about them in the summer of last year,

“One of the problems of a company whose fortunes are tied so tightly to cryptocurrency is that when cryptocurrency suffers, they do as well. That’s why DPW collapsed by 99% during the cryptocurrency bear market in 2018 after a remarkable climb in 2017, suggesting that the “holdings” part of DPW holdings isn’t holding much.”

DPW acquired a mining firm called Super Crypto Mining in January of 2018 and rebranded it as Digital Farms. According to the company’s annual report with the SEC in April 2019, the mining operation borrowed $5 million from two institutional investors and bought a thousand Antminer 9’s from Bitmain. By February 2018, they were off to the races mining bitcoin, litecoin and ether.

In May of 2019, DPW announced Digital Farms had obtained a 617,000 square foot facility in the United States to house their crypto mining operations, and boasted immediate access to 28 megawatts of power and an infrastructure support up to 300 megawatts. The company had big plans to mine the top 10 cryptocurrencies by market cap, and also offer cloud mining services. Their first revenue from crypto mining was $1.67 million, which made up a small amount of DPW’s total $27 million in revenue.

Cryptocurrency mining, (especially for the proof-of-work coins) is only profitable if the reward for closing the block is more than the cost in kilowatt hours for closing it. The hashrate, which is the metric used for the difficulty in closing the block, is directly tied to the amount of miners and not the price of the asset, which means that as the asset’s price drops, the hashrate doesn’t go with it until the amount of miners drop to match. So when companies like Digital Farms mined bitcoin after the price drop, they may have spent more money in electrical kilowatt hours then they stood to earn in Bitcoin.

Bitcoin’s price has been dropping since February from levels above CAD$10,000, causing considerable strain to the mining industry, which has struggled to make a profit. On March 3, wider market turmoil brought on by the coronavirus outbreak caused Bitcoin to crash below CAD$6,773. Prices have since started a recovery process, and are hovering around the $9,400 mark at the time of writing.

Still, it’s too little too late for DPW Holdings.

“Due to the unprecedented market conditions domestically and internationally, and the effect COVID-19 has had and will continue to have on the Company’s operations and financial performance, the extent of which is not currently known, the Company is temporarily suspending guidance for 2020,” said DWP.

But in Bitcoin mining, the weak links get severed so the entire ecosystem can thrive. As old companies bow out when the action gets too hot for them, new companies arrive wearing suits made of asbestos and cash.

It’ll be interesting to see what happens post-corona, and post-halving, coming up later this year.