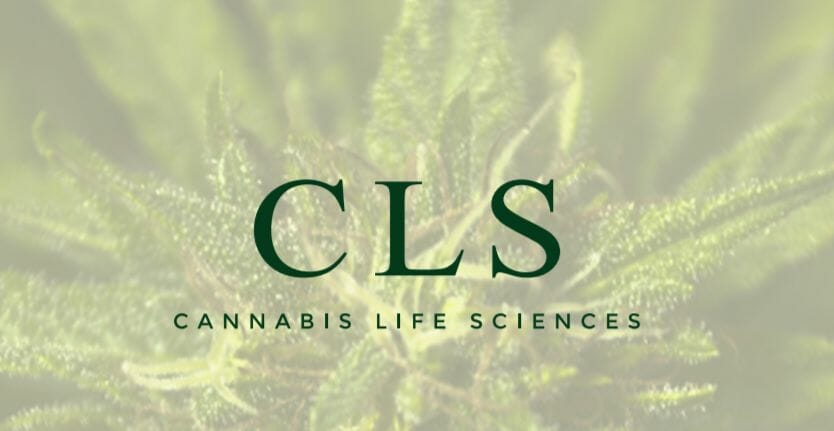 In other words, the sky is blue and the sun rises from the east.

Oasis and City Trees are run by Alternative Solutions, an entity that was acquired by CLS back in June 2018. It’s safe to say that the acquisition has proven highly successful.

Among the new products currently in development is a City Trees CBD line, which will be rolled out in the near future.

CLS is currently building a new conversion and extraction production facility that is on track for completion in the fall. Once complete, the facility will offer 25,000 square feet of cultivation and production space. That’s 6,600 pounds of output annually, the company predicts. 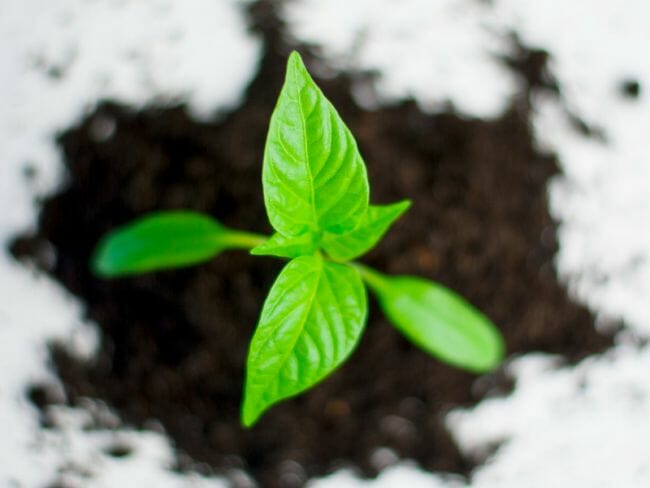 CLS has made it abundantly clear that it is building for the future. Its stated goal: Become a leader in the $31 billion international cannabis industry.

The first stop in that journey is to conquer the domestic market by focusing on two states: Nevada and Massachusetts.

Nevada’s legal marijuana market is expected to reach $980 million by 2022, with recreational cannabis driving the lion’s share of the growth: 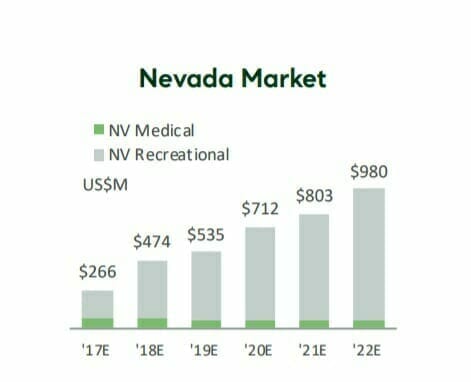 By 2022, Massachusetts’ legal market should top $1.1 billion, according to data from Canaccord Genuity. 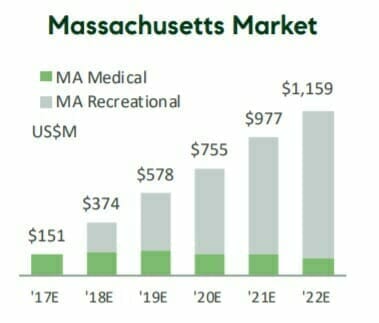 CLS has identified a Massachusetts as a high-growth opportunity. Currently, the marijuana industry has low geographic coverage in the state with only 60 licensed medical dispensaries and ten recreational licenses granted. Source: CLS Investor Presentation

The company is also active on the intellectual property front, having obtained patents for extraction in the United States, European Union (EU) and Canada. CLS’ extraction and conversion process recently received a notice of allowance from the U.S. Patent Office. A notice of allowance is sent to a patent applicant when the USPTO has decided to issue the patent.

Despite overwhelming revenue success, CLS has seen its share price take a beating in recent months. The stock, CLSH, has declined by more than a third over the past year, which is not uncommon for a marijuana penny stock but still concerning for new investors looking for cannabis value plays.

The stock is currently trading around $0.28 for a total market capitalization of $34.8 million.

According to Canaccord analyst Bobby Burleson, CLS’ stock is probably undervalued. Earlier this year, he gave CLSH a speculative buy rating of $1.50, which is five times higher than current levels. Make of that what you will.

The company’s impressive revenue numbers, combined with its thriving dispensary business, suggest it is worth a deeper look. And if you believe that patents add to a company’s value proposition, CLS could be on your short list of potential penny-stock plays. Expect lots of volatility.