I love it when the market is busy fighting over inflated market caps, because I’m a Moneyball guy. I like value, and while a lot of money has moved toward Canadian cannabis operators in recent years, the size of the market down south is only now starting to become clear.

There’s still some value floating around Canada – we’ve liked the way Greentec Holdings (GTEC.V). ran from $0.52 to $0.72 in the last month – but US-exposed weedcos are really revving. Our clients C21 Investments (CXXI.C), which we cheer-led from $0.68 to $2 over the last three months, have been rock stars defying gravity, and 1933 Industries (TGIF.C), which climbed from $0.29 to $0.51 in the last quarter, has plenty to like.

These were all Moneyball picks for our readers.

The essence of Moneyball is when, like the Oakland A’s of Major League Baseball, you look to the peripheries for value. Home run hitters are expensive, so you find guys who can draw walks. High school pitchers go early in the draft, so you look to college pitchers.

In the financial markets, this theory would mean ignoring the $20 billion beasts that everyone flocks to, and looking toward the $10m-$50m underdogs, which can double in value a lot easier than a Canopy Growth Corp can, and have been doing so recently with style.

One of my scouts gave me a heads up recently on Cannabis Life Sciences (CSE:CLSH.U) (OTCQB:CLSH) as what he thinks will be the next out of nowhere multi-state operator (MSO), and it was a suggestion, frankly, that I wouldn’t have guessed if he’d given me 75 chances to do so.

‘MSO’ doesn’t really cover it, though they are that. With assets in Nevada and Massachusetts, and certainly more to come, they’re definitely a multi state play.

They’re not a brand aggregator, though they’ve definitely aggregated some brands. Four deals are either completed or in play, to this point, in growing, developing products, and dispensaries.

They’re not a retail cannabis play, though they definitely do retail cannabis, with an agreement to acquire the In Good Health dispensary in MA which serves 18,000 people, with 1,700 home delivery customers.

And they’re not an IP play, though they have a patent pending proprietary method of extracting and processing cannabidiols from cannabis that, they say, will result in a higher level of quality for the oil extracted, and the products ensuing.

So what the hell is Cannabis Life Sciences?

It’s all those things but not the biggest of any of them, and the total of its parts defies easy categorization.

I’ve given this a little thought. The best way I can describe CLSH is to invoke Bob Ross.

You all know Bob Ross, he of the ‘happy little clouds’?

The perpetually smiling afro became famous over many decades on PBS as the guy who would paint a picture on your TV every week, starting with a beautiful little cloud, and some happy little mountains, and a calm lake of water, and then he’d suddenly blurk out a sploosh of nasty dark paint in the middle of it all and hundreds of thousands of viewers would shriek as one, “You’ve wrecked it! Bob, what have you done?!”

But then suddenly a tree appeared, and we were all, “Of course, a tree, obviously, we knew it all along, Bob. Never had one doubt.”

Cannabis Life Sciences is the Bob Ross painting of weed companies. They’re putting something beautiful together, but you can’t necessarily see how all the pieces fit just yet.

Oh. Oh! OH! Look what he did, it’s a window, the clever little minx.

Let’s take a look at the CLSH pieces put together so far:

You know, it’ll irk the boys at CLSH for me to do this (update: it did), but I’m going to completely ignore the patents from my value proposition, because they’re too ethereal at this point to pin a real value on. We’ve seen others claim original tech, that does things others can’t, and to be honest I’m a little burned out on that. I haven’t seen much IP that actually brings a financial return for anyone just yet, outside of GW Pharma (GWPH.Q) which sits on the sort of mega-valuation generally given to multi-decade power utilities, even though their product is ass.

I’m sure CLSH sees their tech as being a gamechanger (update: They do), and notes that GWPH valuation with interest, and maybe their tech is everything they say it is, but what I’m about to do here is show this company is a bona fide deal even without that piece.

We’ll come back to the patents but, for now, let’s ignore ’em. 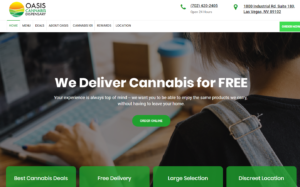 OASIS CANNABIS (https://oasiscannabis.com): A 24 hour Vegas dispensary, situated right behind the Stratosphere Casino, with home delivery to locals opening up the entire city to their business. According to the company, they’re “currently working on a phased building out of a 25,000 sq ft cultivation and production facility to produce up to 6,600 lbs per year at full capacity.”

The store, which has been around since 2015,  does decent business.

Decent enough for this to have happened there:

What did Canopy Growth (WEED.T) spend to get Snoop to sign on with them again? Oasis got him and Ray J, and a song.

I like this dispensary because I can put a value to it. IP is promise, but an actual store is numbers in the door. Personally, I think a store this size, with this market maturity, is worth around $30 million by itself.

Sure, MedMen (MMEN.C) spends three times that on any podunk dispensary that will agree to let them take over the lease, but let’s be real here: There’s a client base in Oasis, with revenues. a great location, and a delivery model that will only grow. That’s got to be worth around $30 million, by my judgement. 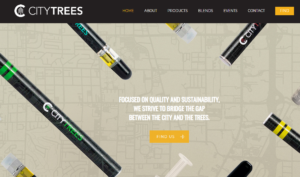 A lot of companies claim to be in a lot of retail outlets but when you dig in, they can be tough to find in the real world. Not so much with City Trees. In fact, their event calendar shows, anywhere from three to five times a week, they’re hosting pop-up stores within dispensaries all around Vegas, including the biggest, the $136 million market cap Planet 13 (PLTH.C).

It’s one thing being on the shelf. It’s a whole other thing taking over a section of the store and they’re doing this on the regular.

I don’t have revenue numbers on this, but I don’t need ’em. Branded products, right now, are about growth and market share, not profits, because the ultimate goal is to be able to move the brand into other states and make the thing attractive to a nationally significant Big Pharma or Big Tobacco buyout down the line. This they have done.

I’d place a $10m valuation on this brand, based on what we see in deals from the bosses of cannabis aggregation, Origin House (OH.C).

In Good Health (https://www.ingoodhealthma.com): Much like the company dispensary acquisition in Nevada, Massachusetts-based In Good Health is ‘in good standing’, having been just the second dispensary licensed in the state and also having been in business since 2015. This one does solid business with 18,000 customers and, like the Vegas dispensary, is allowed to perform home delivery, widening its reach well beyond the store to, well, the rest of the state. 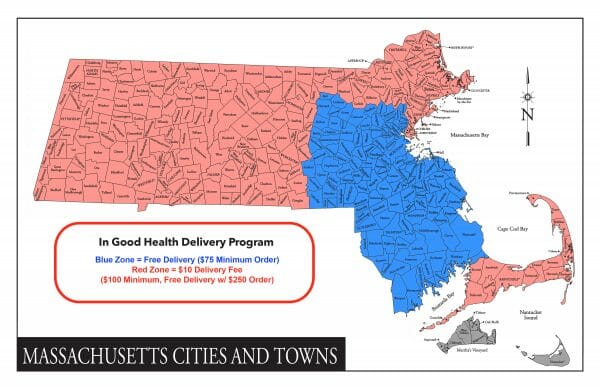 Key to this set up is a guy named Jon Napoli, a legend in the MA weed scene, who consults with others looking to open their own dispensaries and grows.

Same as the Nevada store, I’m going to say this one is worth about $30 million, but it wouldn’t shock if someone with more dollars than sense offered far more for a keystone setup like this on the about-to-pop east coast. The deal with CLSH is done but, for tax purposes and other reasons, will close in late 2019. 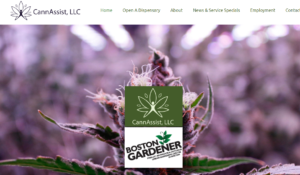 CannAssist is where Napoli goes to consult and, in this case, he’s building a massive facility in the city of Leicester, that CLSH has agreed to pick up 80% of.

From the company: “CannAssist has entered into a contract with the City of Leicester and has applied for a state cultivation grow license. The planned Leicester 86,000 square foot facility is expected to produce its first harvest in Q1 of 2020.”

86k sq ft is not small, but neither will be the cost to get it over the line. Clearly CannAssist likes CLSH’s access to financing dollars, or they’d just go do this themselves and make all the money down the line. But their restricted access to capital is your opportunity.

My value on this would be around $50 million, with that tripling when the thing is finished, and I think that’s very conservative.

ALL TOLD: I’m seeing around $190 million in value in these operations, without even adding the extraction and processing patents and technology that could plug directly into EVERY. SINGLE. FACILITY.

The extraction IP is that fat, black, blurted out tree that Bob Ross tossed in at the end that pulls the whole damn thing together.

$190m in assets by my estimate, and the market cap on CLSH today?

I know what you’re thinking: That’s a nutty disconnect. It must be wrong.

Factor this in: Canaccord, which is Canada’s go-to financial markets megalith for all things weed, has commenced coverage on CLSH, and Canaccord analyst Bobby Burleson suggests it has a $1.50 Speculative Buy rating.

Today’s share price is $0.44, which puts it right in that same valuation range I just gave.

Canaccord is picking this for a triple. I’m seeing, with my own valuations of the assets at hand, potential for same.

Many things can get in the way of that. Some of the deals aren’t closed yet. The markets could drop a deuce right in the middle of things. The Feds still see weed as illegal, despite what the states say.

But, you know, these aren’t bullshit assets. These are legit pieces in legit places. I’d like to see some hard revenue numbers in the weeks ahead, but there’s value here from a market cap perspective. There’s Moneyball potential.

And I don’t hate that.

FULL DISCLOSURE: In talking to CLSH last week, we agreed a market awareness deal with management and have taken them on as a client. Other companies mentioned – GTEC, 1933 Industries, iAnthus, and C21, are also Equity.Guru clients. We don’t hate that either.