According to their press release, CUV said it was pleased with the initial success of the RevoluPAY system. The added VCC transactions will continue to increase daily after the “clearance mechanism” is shared with B&Bs, small hotels, and other travel players in their network.

CUV emphasised several highlights from the past year in its Dec. 20 end-of-year communique. From the jump start of its VCC payments, to other partnerships around the world, here is a smattering of other recaps:

Alfredo Manresa, CEO of CUV’s wholly-owned subsidiary RevoluPAY, met with a North American executive of one of the world’s top 40 banks at RevoluPAY’s Barcelona headquarters. RevoluPAY is currently in negotiations with the unnamed bank to partner on collection and disbursement of remittances in 16 countries throughout the Caribbean and Latin America.

Manresa and his staff also talked about another CUV platform that has yet to be rolled out: RevolUTILITY.

CUV also announced it added security features to RevoluPAY after a need for more security was imposed by the Central Bank. (RevoluPAY is currently awaiting a 90-day statutory approval period.) 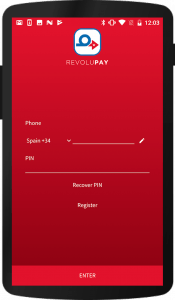 CUV’s RevoluPay app has been rolled out and it’s only going up from here, says the company.

Steve Marshall, CUV CEO, recently met with a bunch of executives representing national retailers from Uruguay, Guatemala, El Salvador, Colombia, and Mexico. The idea is that while remittance transactions in RevoluPAY will have a small fee attached, Marshall said he wants the end user to be able to use the RevoluPAY app to buy products in stores without having to pay another fee—free to use, just like a credit card. Marshall also says his fees for the app will cost retailers a lot less than they are charged for similar credit card transactions.

Emilio Morales, an advisor with CUV, has been talking with a major restaurant chain. The unnamed chain has more than 800 restaurants in 11 countries. The eateries extend to 280 cities in Spain, Italy, Portugal, United States, Mexico, Guatemala, Costa Rica, Dominican Republic, Paraguay, Chile, and Colombia. Here again, CUV wants customers to be able settle their bills with RevoluPAY in all the international chain’s restaurants. If things solidify, then a letter of intent will be signed and a trial run will be put in place in one of the group’s Florida restaurant locations.

CUV has also incorporated Amadeus, the largest global distribution system linked to the RevoluVIP platform, into RevoluVIP. The platform is a discount-focused travel platform and seeks to offer the lowest prices for travel-related buys.

RevoluVIP will also start to sell memberships next week in the pre-launch phase of its RevoluVIP Club. Once up and running, the Club will offer members a chance to participate in live trials of the app. These should begin before the end of December, or in early January.

CUV Ventures has its fingers in a lot of different “tech pies” as they close out 2018 and get set to zero in on 2019. It’s focus remains on online travel, mobile apps, remittances, overseas mobile-phone top-up payments, invoice factoring, blockchain systems, and retail app payment systems.