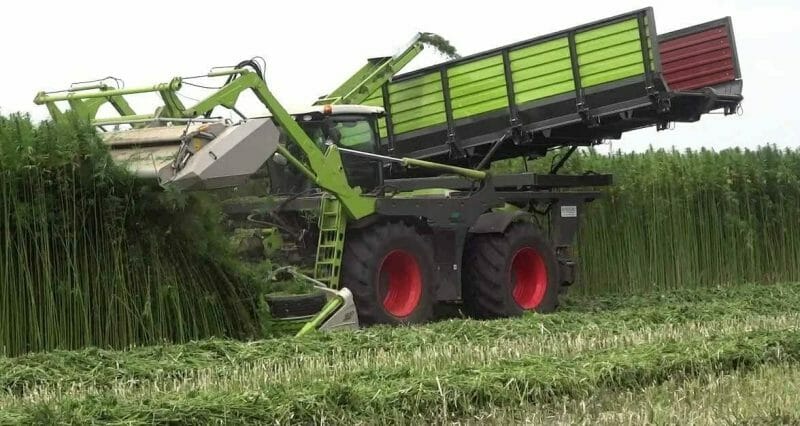 This week, the U.S. Congress and Senate approved an $867 billion farm bill which is going to make life easier and more profitable for hemp and CBD companies.

CBD – a non-psychoactive cannabis compound – is derived from both marijuana plants and hemp. It is gaining traction in the health and wellness sector for treating a dazzling array of ailments including inflammation, chronic pain and arthritis.

“Yesterday the Senate voted overwhelmingly in an 87-to-13 vote to approve the $867 billion farm bill,” confirmed Crop CEO, Michael Yorke, “The legislation now heads to the House, where it is also expected to pass.” [editor’s note: it did].

York acknowledges that billions of dollars in subsidies will flow to farmers, but “from our perspective it is the legalization of hemp which will blow off the political barn doors that have been restricting our industry.”

“There is no bigger event than this for the CBD industry. It has been a long time coming and the ramifications are enormous for the USA which is home to some of the best Hemp-CBD genetics in the World.”

Crop is an astonishingly aggressive and effective company.

You can learn more about Crop from these previously published articles. 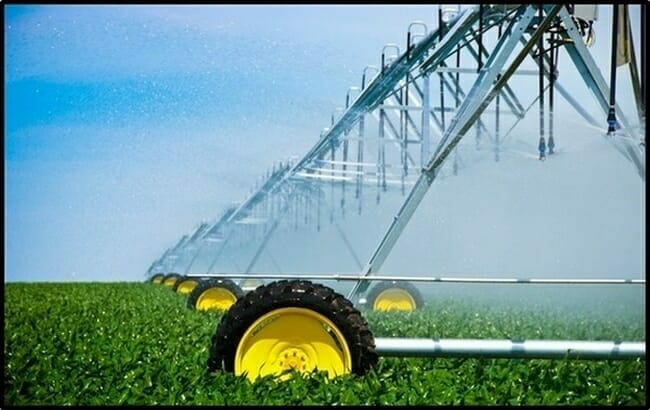 “We believe the market for hemp CBD could exceed the industry forecasts because of the huge shift to self-directed care and wellness,” stated David Rendimonti, President and CEO of LiveWell Canada – in reaction to the 2018 farm bill.

LiveWell is focused on advanced research on CBD and other cannabinoids – developing and distributing prescription, consumer health and wellness products.

The company is also building greenhouses in Ontario and Québec and is supported by business partners such as Canopy Growth (WEED.T) and Canopy Rivers (TSXV: RIV.V).

The World Health Organization has recommended de-scheduling CBD as a controlled substance among its 194-member states.

“CBD is most commonly being used for anxiety, insomnia, pain and nausea, but is being investigated as a treatment for other conditions,” stated LiveWell.

“The era of hemp prohibition is over,” confirmed Jonathan Miller – a lawyer with the lobbying group US Hemp Roundtable.

“With the legal barriers and ambiguities removed, there will be greater awareness and acceptance of CBD as an alternative product for functional outcomes,” stated Rendimonti. “We are only seeing the tip of the iceberg of what this industry will become.” 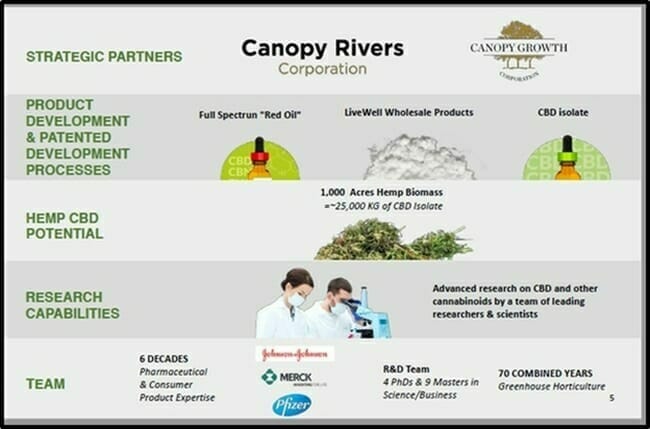 The first farm bill was created in the 1930s to subsidise struggling farmers. It is also included a federal nutrition program – a precursor to food stamps.

The 2018 farm bill allocates billions of dollars in subsidies to American farmers who have been hurt by President Trump’s trade war with China. It also legalises hemp and rejects stricter limits on food stamps pushed by Republicans.

With one kilogram of premium CBD isolate selling for $10,000 wholesale – it’s no mystery why CBD is sometimes called “the new gold”.

The Brightfield Group of Chicago estimates the North American market for CBD could grow 2,000% in the next 4 years to US$22 billion by 2022.

That would make the CBD market only 3 times bigger than the global lipstick industry.

Most people would prefer to be pain-free than have pretty lips.

Full Disclosure: Crop and LiveWell are Equity Guru marketing clients and we own stock in these two companies