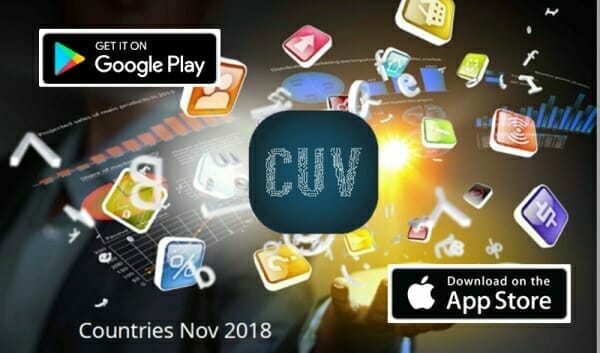 On November 05, 2018, CUV Ventures (CUV.V) announced that its RevoluPAY app is now live for instant withdrawals of e-Wallet balances, from the app to a user’s bank account in 73 countries.

CUV is developing a banking network that will allow users in emerging economies to do business with the first world – knocking Western Union – and other clunky expensive services – out of the game. 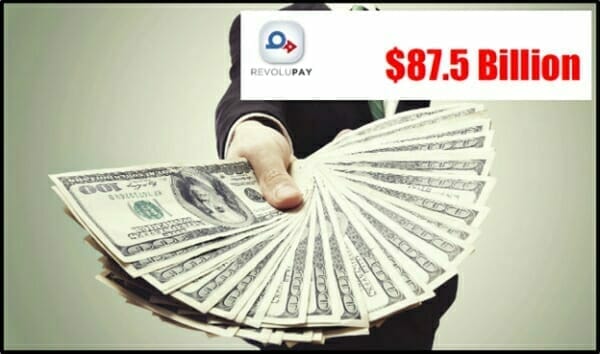 Business 101:  is there a demand for the product?

“I have a contractor who handles IT work for me. He lives in Thailand,” explained Equity Guru’s Chris Parry, “Every month, to pay him, I send a wire transfer from my credit union. It takes half an hour, at the minimum, and takes about 5 days to hit its final target.”

“For some reason, this stopped working last month,” continued Parry, “so I went to Western Union to send him money quickly. The insane fees were the least insane part of a process that took four hours.

Ladies and gentlemen, this is the world that is ‘sending money’ in our new technological age where we can get a couch delivered from another country in faster time than we can get $100 sent to someone in another country. It’s broken. It’s stupid. And it needs to be disrupted.”

Parry, who has, on occasion, displayed mild irascibility – is not the only person tripping on technological hurdles as he attempts to complete the mundane task of tossing some money across an international border.

Visa Direct: less expensive on fees, poor exchange rate, only an option if you can transfer to an an-country Visa credit card account, not well known in countries like Ecuador

RevoluPAY, the Apple and Android payment app is powered by blockchain and aimed at the worldwide $595 billion family remittance market.

Hundreds of billions of dollars are lurching inefficiently around the world – subject to unreasonable delays and exorbitant fees – as matriarchs fund their children’s education, immigrant children give financial support to parents, or western start-ups try to pay collaborators in emerging economies. 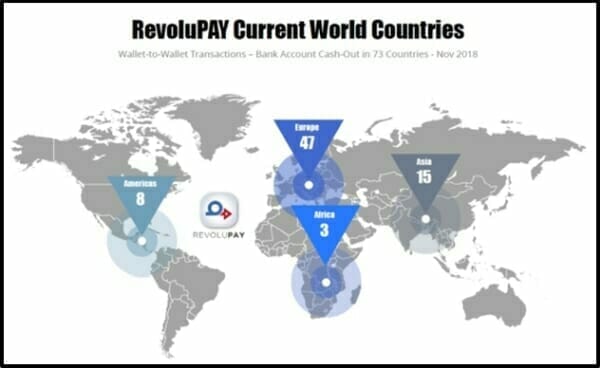 That could change soon.

On November 7, 2018, CUV Director Alfredo Manresa will bring the CUV lawyers to meet with the European bank concerning the application for a proprietary European EP Banking license.

On November 23, 2018, CEO Steve Marshall will be meeting Panamanian authorities concerning the final details of RevoluFIN proposal to domicile in Panama City – a hub for tech and finance companies

CUV Ventures has currently obtained approval for up to $63 million in seed capital and is increasing this amount as and when required. Estimated target market – 3 Billion USD.

CUV intends to launch a dual payment mechanism on its +400 legacy websites within the next 30 days. Visitors can pay with Visa/Mastercard or use RevoluPAY®.  Clients who use the RevoluPAY app to settle invoices will receive a 5% in-app cash-back on each purchase.

The company expects the organic embracing of RevoluPAY to increase significantly once this initial marketing, to its extensive past/current client base, commences.

The Global Knowledge Partnership on Migration and Development (KNOMAD) claims that sending money 300 kilometers from Costa Rica to Nicaragua will ding you 3%.  Sending money from the U.S. to Cuba will cost an astonishing 11% per transaction. 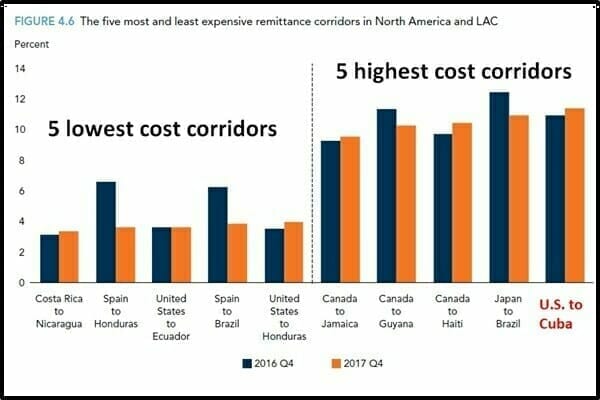 “The biggest problem with international money transfers is generally the poor exchange rate you receive when going through banks,” stated ‘Faith 24’. “The second biggest problem is that a good percentage of transfers to countries outside of USA/Europe get lost in a black hole.”

CUV has a current market cap of $9.3 million, so a modest win in this $87 billion space would likely catalyse a dramatic upward stock-price re-valuation.

Full Disclosure:  CUV Ventures is an Equity Guru marketing client, and we own stock.