Ascent Industries (ASNT.C) has created a new hemp-focused subsidiary capable of capitalizing on the US’ relaxation of federal regulations.

The company’s new subsidiary, Thirty Eight Hemp (TEH), stands to gain from the industry-awakening US Senate-proposed 2018 Farm Bill.

If passed, the bill would preclude cannabis’ non-psychoactive cousin from its current classification as a federally controlled substance and designate it an ordinary agricultural product, allowing for distribution both domestically and internationally.

Further demonstrating this shift in American attitudes was the DEA’s downgrading seizure-trating drug containing CBD from a Schedule I substance to Schedule V substance in September.

Ascent Industries’ has wholly-owned subsidiaries in Oregon and Nevada which are licensed to handle CBD-hemp. Sales of hemp-based products in the US reached $820 million in 2017, according to the Hemp Business Journal.

TEH has already signed a supply agreement with AgTech Scientific, a Kentucky-based manufacturer and distributor of CBD-hemp.

AgTech Scientific will supply up to 25 percent of its produced hemp to TEH in the form of biomass or extracted CBD.This deal does not require TEH to make a minimum purchase and hinges on the condition the biomass contains no less than 10 percent CBD. Ascent Industries holds 10 percent ownership of AgTech Scientific.

Furthermore, both AgTech Scientific and TEH are considering an agreement where the former will provide its partner access to established CBD distribution networks.
In return, Ascent Industries will provide AgTech support and intellectual property for the development of a processing facility in Kentucky.

“Thirty Eight Hemp Co.’s investment into and partnership with AgTech will expand the Company’s access to the high quality, low cost input material for our hemp based products in North America once the Hemp Farming Act is passed. We look forward to future collaboration to meet anticipated market demand for hemp-based CBD products across several market channels.”

AgTech Scientific can trace its inception back to the moment its founder, Mike French, tried to nurse a stray cat back to health.

French eventually saved the animal after deciding to add CBD to animal’s diet. After seeing its medicinal capabilities, French began recruiting a team to explore CBD’s properties and Enhanced Pet Sciences was incorporated in 2015. 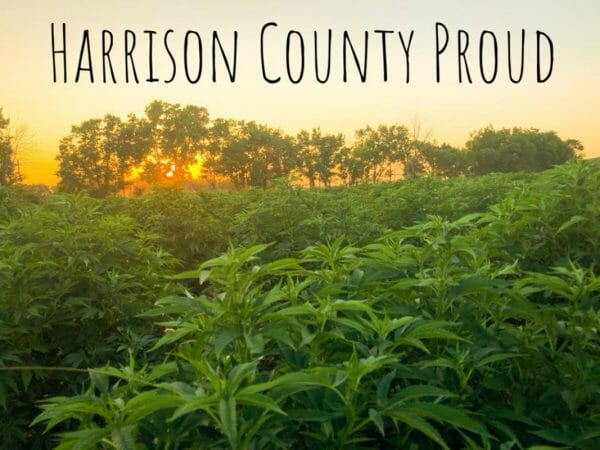 From AgTech’s farm in Harrison County, the company is fully licensed from the Kentucky Department of Agriculture as a grower and processor of hemp.

The company also has a three-year research partnership  with the University of Kentucky which will study the “potential benefits of industrial hemp.”

AgTech Scientific possesses a  50,000 square foot licensed manufacturing facility in Kentucky and claims to have grown 200,000 plants in 2018.

“The success of our business model is built on rich partnerships: The State of Kentucky, the University of Kentucky, the farmers of Kentucky and now our partnership with Thirty Eight Hemp Co. We look forward to being a leading supplier of industrial hemp to Thirty Eight Hemp Co. and benefiting from their expertise in research, development and production of CBD and CBD-based products.”
-Dr. Brian C. King, CSO of AgTech Scientific