“As we continue to build out our national retail distribution strategy, we are extremely pleased at this partnership with Invictus.” said Norton Singhavon, Chairman and CEO of GTEC.

“Having access to a diverse range of indoor premium flower fits within our mandate to curate, develop and distribute craft cannabis products within our retail channels. Furthermore, this partnership with Invictus allows GTEC to immediately access increased capacity to support our international initiatives.

The money is earmarked for the expansion of GTEC Holdings’ retail expansion into Western Canada and Ontario, the nation’s largest province.

Bolstered by this new infusion of capital, GTEC expects to operate a minimum of 15 Cannabis Cowboy dispensaries open by October 17, when recreational cannabis is legalized in Canada.

Invictus MD retains the option of increasing the loan to $6 million at any time preceding the loan’s maturity date.

How GTEC plans to capture the market

In a comprehensive breakdown of GTEC Holdings’ branding strategy published in March, EG Media’s Chris Parry examined how the company has distinguished itself in a saturated Canadian cannabis market.

Firstly, branding matters. It’s why companies like Nike (NKE.Z), Coca-Cola (COKE.Q) and Apple (AAPL.Q) reign supreme over their competition, despite not always having the best product on the market.

Nike endorses household name athletes like Michael Jordan as a way of enticing consumers away from the competition. From kids who choose to play as the Bulls in the NBA 2K video-game series to their parents and grandparents who actually remember watching Jordan play, nostalgia and cultural resonance are powerful tools to peel off potential customers from companies like Adidas and Under Armor which have their own list of officially sponsored athletes.

GTEC Holdings has yet to sign LeBron James, Stephen Curry or any ball player for that matter. What the company does have is an understanding of how branding and customer loyalty work.

In an interview with GTEC Holdings’ CEO, Singhavon said:

“We don’t want to be the biggest weed farm in Canada…Someone is going to supply the big corporations with a lot of cannabis at a tiny margin and claim that as a win, we’re really looking to be the little brand on the shelf for a premium price that you try and think, ‘that’s my brand. I like this one.’“

The company has seven wholly-owned subsidiaries, ranging from craft cannabis production facilities to laboratories for microbial analysis. The company has complete executive control over its production, guaranteeing a product line which follows a uniform code of quality.

This is a considerable advantage when considering how many moving pieces a seed-to-sale operation has and all the conflicts of control which can sprout up along the way.

Other companies such as Cronos (MJN.V) and Invictus have taken smaller pieces of deals, and sometimes that brings issues. Cronos’ earlier incarnation, Pharmacan, was rife with lawsuits and public spats between financier and operator, with complaints that the umbrella company was sometimes getting in the way of needed financing deals, demanding a bigger piece of the pie in return for deal approval. When I talked to one Pharmacan subsidiary operator a few years back, he told me, “All I wanted was for them to stay out of my way and let me do my thing… But also their money.”

Last month we wrote about GTEC Holdings’ LOI to JV with TheraProducts Canada. The JV’s purpose is to develop cannabis-based products with OLEO microencapsulation technology: products with CBD which are dissolved in water and thereby better absorbed by the body. 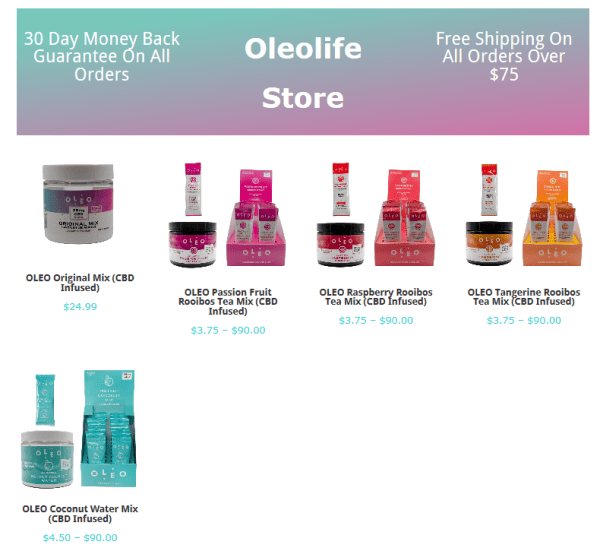 OLEO already has products on the market.

This year, sales of edibles accounted for US$180 million in the State of Colorado alone, demonstrating the market for easily-absorbed cannabis-based food and beverages. Traditional cannabis smokers are a core demographic, but diversifying a company’s consumer base is a necessity. Athletes and the elderly are just two groups who could benefit from the medicinal properties of CBD, and GTEC Holdings’ JV shows their commitment to branching out.

Slowly but surely, GTEC Holdings is building out its distribution and its product line, an encouraging sign with legalization just around the corner.

Full Disclosure:  GTEC and Invictus MD Strategies are Equity Guru marketing clients, and we own stock.