On July 24, 2018 GTEC Holdings (GTEC.V) announced that it has signed a letter of intent to JV with TheraProducts Canada “to develop and commercialize cannabis-based products leveraging OLEO microencapsulation technology.”

This is what OLEO does:

Manufacturers of edible products have been wrestling with ways to deliver consistent, easily-metabolized doses of cannabinoids.

A second challenge is to create products the smell and taste good.

This is a big issue.

“Tastes like crap – but highly effective” – was a winning slogan for Buckley’s.

But we doubt GTEC wants to roll the dice on that one.

The patent-pending technology of OLEO “enrobes cannabis oil distillates and isolates and converts them to hot and cold water soluble, odor-free, taste-free powder that can be added to a wide variety of food and beverage products”.

OLEO technology is ideally suited for the future edibles and beverages market in Canada, and other countries with legalized access to cannabis.

GTEC will convert cannabis oils to OLEO-based products in its licensed facilities.

TheraProducts will supply the equipment and IP required to produce the OLEO products.

According to the press release, “The parties have agreed to a formula” for splitting the gross margin provided by the JV, and they expect to have the financial details hashed out by September 1st, 2018.

Peter Hobbes, CEO of TheraProducts, acknowledged that GreenTec is focused on the “pharmacological benefits of cannabis” and “alternatives to smoking”.

TheraProducts Canada is a privately held Ontario corporation with multiple patents and patents pending in the Cannabis and Medical markets.   The company holds a license for Oleo microencapsulation technology.  The owner of the Oleo brand and intellectual property is Oleo Technology, a privately held Washington corporation.

OLEO already has products to market. 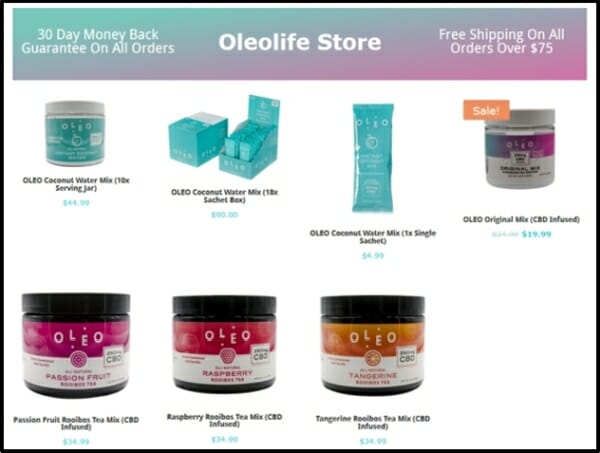 GTEC currently holds a 100% interest in: 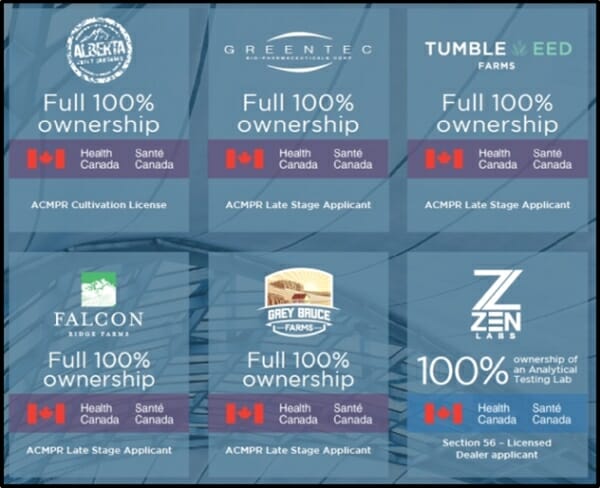 As Equity Guru’s Chris Parry recently explained: “GTEC’s growers are genuinely small batch, artisan guys. They have enough size to fulfill a strong demand, and grow as needed, but they haven’t come to market with a “We’re going to have the biggest greenhouse in the world” play.

That means keeping costs low, margins high, and not fighting with every other LP for that sweet sweet Ontario Liquor Board deal that wants a lot of weed cheap and quick. Rather, they’re offering something people will look for.

“The F-20 Property is ideally located to maximize synergies with GTEC’s existing production and laboratory facilities,” stated Norton Singhavon, Chairman & CEO of GTEC, “allowing us to maintain focus on building and operating our existing facilities.”

For instance, a week ago, GTEC announced that its 100%-owned subsidiary Zenalytic received its Dealer’s License from Health Canada.

Zen Labs is now authorized to perform analytical testing on cannabis and specific cannabinoids. In addition, Zen Labs intends to apply for amendments to the license to further conduct other activities relating to cannabis.

“The Dealers License will play a key role in allowing GTEC to achieve greater control of its cannabis production supply chain,” stated Singhavon.

Canada is the first G20 nation to fully legalize cannabis.  The Canadian medical and adult-use market is projected to be about the same size as California – which has the 6th largest GDP in the world.

According to a well-researched Spotlight Growth article, “the Canadian venture capital firm, Doventi Capital, was a major backer of GTEC’s $16.24 million seed financing, where they committed $8 million to GTEC Holdings. Furthermore, GTEC’s management has invested over C$6 million of their own assets into the company, effectively “putting their money where their mouth is.”

Management estimates current cannabis production will be around 50,000 kilograms per year by 2020, as GTEC Holdings has over 23 million square feet of expansion capabilities.

Some of the weed companies we’re tracking have pulled the trigger on a dazzling array of deals, but if you step back, you’ll see parts that don’t fit together elegantly.

GTEC’s acquisition strategy is forming into a coherent shape.

“The OLEO technology allows us to expand our product portfolio into higher margin finished goods when permitted by law” confirmed David Lynn, COO of GreenTec.

Full Disclosure:  GTEC is an Equity Guru marketing client, and we own stock.