If I walked into the Cactus Club on Burrard Street with two supermodels on my arm and an eight ball in my pocket and $5k sticking out of my mouth, and told the assembled Howe St crowd ‘this can all be yours, all you have to do is listen to me talk for five minutes about a blockchain deal,’ I’d be stuck with supermodels, cash, and blow for the rest of the day.

What I’m getting at is, blockchain is a hard sell.

Last November it was easy. Brokers were bringing deals to the street by the dozen and folks, including me, were investing in those deals at the max allowable level, because we could see that there was something huge happening here. Cryptocurrencies were going nuts, the potential of blockchain in real business looked to be incredible, and even though most folks buying in didn’t really know what blockchain is, does, and how it might make money, the Tulipmania was rampant.

We all made money. Then we all lost that money we’d made. If you were lucky, you went back to square one. If you were unlucky, or maybe just a little too greedy, you went to the basement od financial despair, where wives become ex-wives and your children cry to stay warm.

But in amongst the rubble, under the toppled Gastown office buildings with their shattered foosball tables and broken beer taps, among the piles of empty Red Bull cans and teams of coders with visas from the Ukraine, lay a handful of bodies, barely breathing, with just enough pulse to pull themselves clear of the carnage.

Hashschain (KASH.C), a former darling deal that, at one point, placed an extra digit on my portfolio value, only to remove it without a fight, is now around 95% down on their high. DMG (DMGI.V), which I couldn’t get near at investor conventions for the hordes demanding time with the CEO last year, is down 85% from their high, despite turning out plenty of news. HIVE (HIVE.V), once a stomping Godzilla that ruled the crypto mining world, is down 80% from its high with seemingly no plan to change course.

Neptune Dash (DASH.V), which wouldn’t take my calls at one time because it was so damn popular, down 80% as it lost $6m in the value of their Dash digital currencies in the last quarter [on $165k of revenue]. Global Blockchain (BLOC.C) down 90%, raising money at $0.30 to buy an interest in a crypto exchange last month, before watching their market value drop to half of that subsequently.

And then there was Exeblock (XBLK.C) – which disappointed more than most, not just because they seemingly gave up entirely, but because what they were planning held a lot of promise.

Basically, they were looking to corner the market on a utility cryptocurrency.

The problem was, that currency was aimed at online gambling, at making online casinos run better, more securely, more profitably, and more transparently – and with Exeblock taking a cut.

That left the company potentially off-side with securities regulators and justice officials, who aren’t down with off-shore casinos taking the hard earned dollars of Americans. This is why The Stars Group (formerly Amaya: TSGI.T) advertises the free and legal PokerStars.net, knowing they’ll likely instead go to the PokerStars.com cash site. Gambling makes lawyers queasy, even if all you’re doing is creating the software those casinos run on.

So instead of telling investors what they were doing, and putting out news about it, they had to talk in code. Like, “we’re building a 50-50 app for charities” rather than “we’re building software that will allow folks to run lotteries.”

Ian Klassen, [former] president and chief executive officer of eXeBlock Technology, commented: “5050Labs is an innovative product that has the capability to scale internationally, and will empower non-profits to fundraise in ways never before possible. We also expect the technology eXeBlock has developed to have compelling use cases across several sectors, and we are exploring these possibilities.” [link]

It hasn’t been good for Exeblock, and a lack of updates about their plans and deliverables and uptake has kept them well underwater from a stock perspective.. 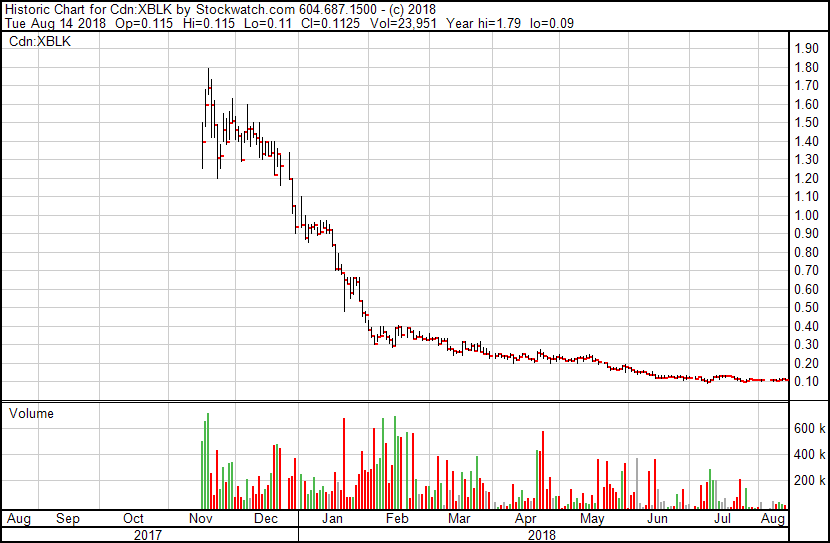 And yet, I’m not done with the blockchain sector, nor the idea that a company can ‘corner the market’ on a cryptocurrency with broad enterprise potential.

Yes, I’m banged up, bleeding, bruised, but when an entire sector is beaten down like this one is, when everyone is down to pennies on the dollars raised, when all the big swinging dicks have taken their bags and left, and the shorters see no more value in betting against future drops, what you have left is something potentially…

Oh, I know you’re looking at blockchain as something you’ve got no interest in, the data makes that clear, but let me ask you this…

In what other sector, if given the chance to buy in at 10c on the dollar, would the market say instead:

Gold explorers are down, but not 90% down. Oil and gas took a hit over the last few years, but it’s not 90% off. Hell, there are rare earths companies out there that are only down 80% from their heyday.

But blockchain is in bits (pun intended).

Now is the moment to look to your most despised blockchain losses and ask a few important questions:

Let’s look at the big names:

So what’s left? And why would I call this space beautiful?

Because when fire passes through, regrowth follows.

Leonovus (LTV.V), as an example, recently announced the Canadian government is trialling its software that lowers data costs by putting file information on the blockchain, to be referenced as needed, and allowing data to be stored in cheaper, piecemeal locations.

DMG, as another example, is working on what it calls the Bloomberg of Blockchain, whereby you’d be able to use a dashboard to track transactions on the chain. This could be a very big deal, especially as it pertains to using the chain to run a market.

But while DMG has a low valuation and a high asset value, and the promise of something with extreme upside churning away amid their tech team, they’re a long way from profitable.

If I’m going to find crazy upside value, I want to find a company that has a low valuation, a low burn rate, intellectual property that has revenue potential, and clients paying them now.

Boy, did I bury the lede on this one, eh?

Blockchain Foundry is run by a bunch of kids – and they are kids, god damn their overachieving asses – that started the Syscoin cryptocurrency.

The slogan for Syscoin – it’s very reason for being – is ‘Business on the Blockchain.’

That coin is no rando ICO designed to help ice cream vendors track junior soccer games and crowded beaches. It’s not a coin designed to be used for lapdances by redheaded women working their way through law school. It doesn’t have a memey name or claim to track the calories in your griller cheese sandwich.

What I’m saying here is it has ACTUAL APPLICATION AT THE ENTERPRISE LEVEL.

Rather than take an hour to explain it, here’s the infographic:

And since then, in the time it’s taken to go public, Blockchain Foundry has also built the backend software that runs on Syscoin to make it a legit place to do decentralized business. 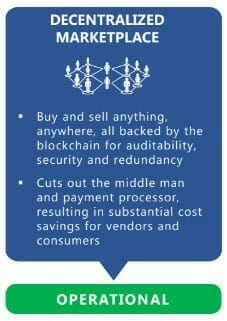 Done it. They made it. It’s out there. 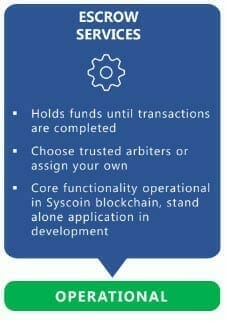 You can’t really run ecommerce unless there’s a strong middleman that can verify trades have happened before they release the cash. 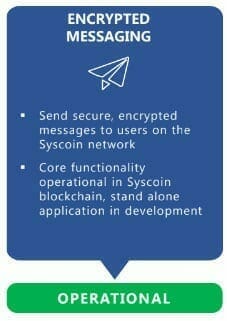 A fullly useful crypto coin for enterprise purposes is only more useful if encrypted comms are a part of it, giving ‘Slack’-style functionality. So they’ve built it. 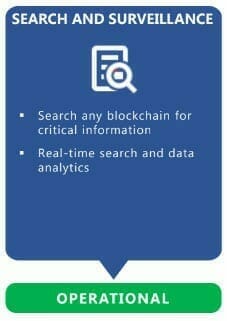 And the security layer. And then there’s the pipeline: 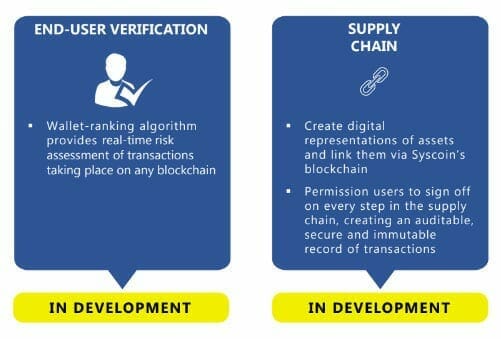 You see where we’re going here, right? This crew, which has been in the blockchain space since before the markets realized there was such a space, has been putting together pieces for one of the best suited crypto coins for real business, which is a partner with Microsoft Azure currently (which half the world’s big businesses use for their cloud computing), and as they continue to build out that ecosystem, they bring an ongoing chunk of the real revenues from real business closer to their pocket.

You can skip to about 7 minutes in if you’re short for time.

What that looks like on the pointy end is, not coin mining but real paid work by companies who see Syscoin as a corporate-ready token system that can help them streamline their businesses.

TORONTO, Aug. 09, 2018 — Blockchain Foundry Inc. (“BCF” or the “Company”) (CSE:BCFN) recently announced it has entered into a pre-solution design agreement with DigitalRez (“DR”), a British Columbia-based company that is creating the first blockchain and cryptocurrency enabled property management and reservation platform.

The announced agreement will provide DigitalRez with a fully vetted white paper, which will allowing DR to begin moving forward with its transition to blockchain enabled reservation systems. “Moving our systems to blockchain technology will be a great step towards the future for our company. We believe this adoption backed by over 20 years experience in this space is what will truly set our company apart from all others”, stated Kevin Hall, Managing Director of DigitalRez.

[…] “We’re excited to be working with DigitalRez to help bring the benefits of blockchain technology to the real estate and property management market while simultaneously reducing costs related to fraud and chargebacks through Syscoin’s innovative Z-DAG technology”, stated Dan Wasyluk, CEO of Blockchain Foundry.

This is bigger news than you’d likely read into it. Digirez is real. 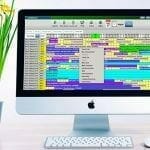 With offices in Canada, Barbados and Australia, DigitalRez has been supplying reservation software to the worldwide accommodation, camping and charter industries since 1993.

Based on a philosophy of providing low cost, real-time reservation system underpinned by high quality support, the company has thrived and sold to more than 4,000 operations with our previous windows based software, worldwide in that time.

The catch? Digirez runs on Java. So they’re modernizing, and know they need help to do it right. They chose Blockchain Foundry, and others are coming.

The Company has now finalized the establishment of an internal working group which will source, prioritize and execute blockchain consulting mandates across a range of industries and applications. The Company has a robust pipeline of opportunities at various stages of discussion and expects to provide an update soon with specific details of upcoming projects.

I’m not about to sit here and tell you that Blockchain Foundry is going to triple by next week. The blockchain sector is chock full of companies down 90% in value that are either flailing about trying to figure a way to prove they’re actually real, or have been put in cotton wool until the day returns where blockchain doesn’t have the failure stink about it.

But some are doing the work. And there will be a turnaround, likely attached to one of those companies doing a big deal with a bank or a social media network or locking down their first fifty mill in revs.

If you’re not a daytrader, if you like to look down the line a little, and take advantage of bargain basement valuations, this might be one to really zero in on. They’ve jut started a market awareness program with us, and want their story to be told NOW, because they have a big next six months coming.