VitalHub’s WellLinc solution is built utilizing the Hyperledger Fabric technology to support full interoperability that is not limited to read-only access to data. WellLinc allows organizations that update a client record in one node to automatically record that transaction and update it across all other trusted nodes.

On May 29, 2018 VHI published its Q1, 2018 Consolidated Financial Statements, along with some explanatory chit-chat.

The market responded positively to the Q1, 2018 financials. 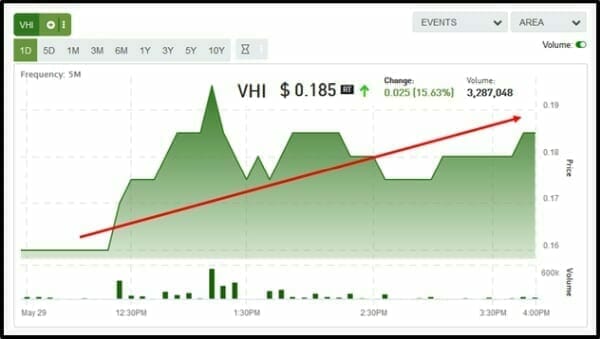 Normally, these kinds of numbers will have the CEO howling at the moon, declaring his CTO a “genius” – and quoting freely from The Book of Revelations in the hope that a feeble-minded journalist will dub him “The Jesus Of Blockchain”.

“We are starting [our emphasis] to realize the impact of our strategy as we combine our acquisitions for the first time,” stated Matlow, “As a company with an M&A-based strategy, we are focused on the adjusted EBITDA number which is solid.” 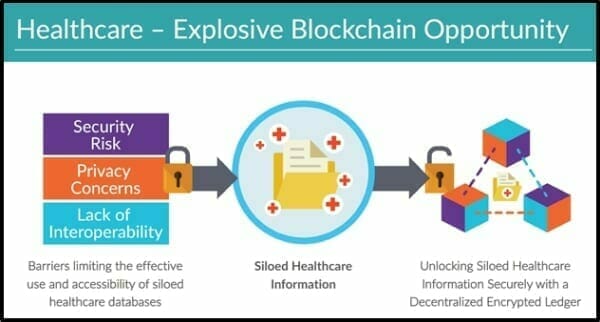 As we stated a couple of weeks ago, “VHI – a healthcare technology company marrying medical information networks with blockchain technology – is gobbling up other companies.”

Unlike many CEOs – who create acquisition targets the same way a 6-year-old girl chooses a cup-cake (by the density of smarties) – Matlow has established disciplined acquisition criteria.

Ironically, the last criterion is the reason Matlow isn’t crowing about the Q1, 2018 revenue growth number.

“We experienced some one-time revenue gains through the sale of perpetual licenses,” admitted Matlow.” 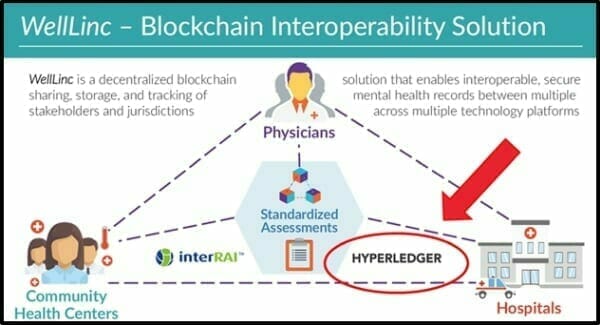 “We believe the healthcare market is ready for an impactful blockchain solution,” stated Matlow.

“Ready” is an understatement.

The healthcare industry is screaming for a blockchain solution to provide national centralised medical records.

How bad has it been failing?

If the healthcare industry was a baby – and centralised medical records was a spoon – it would look like this:

According to a recent study by Johns Hopkins, in an average year, 250,000 people in the U.S. die every year because of medical mistakes, making it the 3rd leading cause of death after heart disease and cancer.

“The system of care is fragmented,” stated Dr. David Classen, a professor at the University of Utah School of Medicine, “Harnessing health information technology through the use of electronic health records of hospitalized and ambulatory patients is essential.”

Texas native, Tracie Storie (52) suffers from the chills while staying with her daughter in Boston. The Boston doctor determines she has sepsis, a potentially fatal infection in the bloodstream. Tracie states that she is allergic to certain antibiotics. Due to her medical conditions, she can’t remember which ones.  The doctor freezes. Tracie goes untreated until her Texas doctor can fax over the records. She survives. Barely.

The U.S. has spent billions of dollars trying to set up centralised healthcare records. The efforts have failed because the software is proprietary (the source code is closed) therefore it doesn’t work as a global information sharing system.

There is a second more pernicious reason for the failure: centralised records make it easier for disgruntled patients to change doctors. Information is power. The medical system is reluctant to give patients more power.

Matlow has a nose for closing accretive transactions, like the acquisition of H.I. Next. 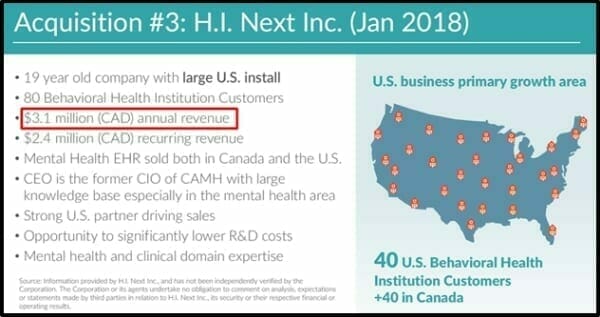 If VitalHub did nothing but buy money-making companies in the Healthcare sector, a market cap of $15.3 million is too low.

The dream of centralised medical records has been cock-blocked by corporate interests.

For VitalHub – the establishment of centralised medical records is the end game.  We don’t know if they’ll succeed.  But the CEO’s game-face tells us VHI still has its eyes on the prize.

Full Disclosure:  VitalHub is an Equity Guru marketing client and we own stock.