3 taxi-drivers in 3 countries talk about money

International finance is not like climate change, where you can say: “Most trained experts in this field believe…X.”

There is little consensus among the leading financial gurus about the current health of the global economy.

Since the experts can’t agree – we decided to ask three taxi drivers – one in China, one in the US and one in Canada for their insights.

We are using first names only, and in several instances, combined quotes from multiple conversations.

We met Xiaojian in the mountains of Guizhou, China. 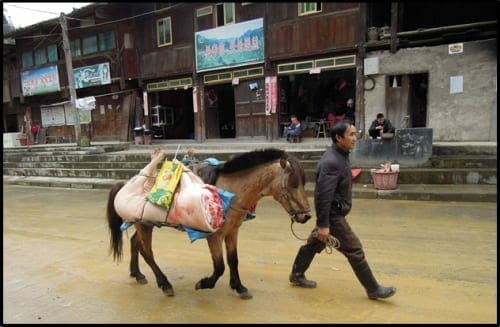 Xiaojian is 52 years old, married, owns a small house which he heats with coal.  His daughter is studying to be a Chemical Engineer in Beijing.  Xiaojian’s parents were rapeseed farmers.  He was also a farmer, until he purchased a car and started guiding tourists into the picturesque mountains of Guizhou.

• 60% of his clients are Chinese Nationals
• 20% Americans
• 20% an assortment of Germans, Canadians, Australians, Russians.

“You can’t compare my life to the life of my parents,” stated Xiaojian, “When I was a kid, we were hungry.  I had to quit school at 13 to help my Dad in the fields.

China doesn’t really have religion.  But we have something else.  Work ethic.  Is that what you call it? We believe in work.

In cities, people are getting rich.  So rich you can’t believe it. For us, it’s too late. My wife refuses to go to the city.  We save money every year.  We give some to my sister-in-law because she is a widow, and she has a breathing problem from working in a paint factory.

We invest in our daughter.  She will have a better life.  A nice apartment.  A good car. Hopefully a kind husband.   She can go on vacations.  To Thailand, to America.  Our dreams don’t matter.  She is our dream.  Her success will be our reward.

That’s how it is in China. We have a strong government.  Laws that punish bad people.  Every generation, things get better.” 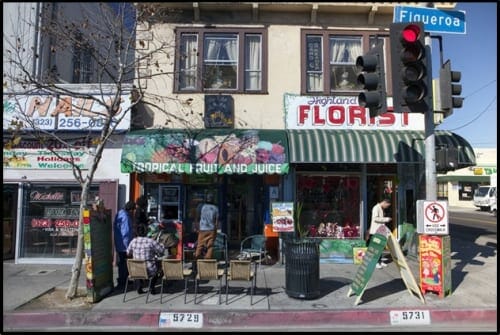 Technically, Francisco is an Uber driver, not a taxi driver.  About 150,000 Californians work for Uber.  Francisco has an app that toggles him back and forth between Uber and Lyft – automatically steering him toward higher profits.  He showed me the “Hotspots” on the GPS map – areas of the city where the mileage charges are higher – and he can make more money.

Francisco looks like a teenager, but he’s 25 years old, and his oldest child is 11.  His wife is pregnant with their third child.  During the day he works on a construction site.

“With Uber I get paid the same night I work,” stated Francisco, “I make $12 an hour.  That’s not great.  But I can do this job while my wife and kids are sleeping.

I used to chase the “hotspots” – now I let the machine guide me.  It’s more relaxing, and I make about the same amount of money.

My cousin is a stockbroker.  He wants me to invest in stocks. Railroads, Electricity, shit like that.  But I got no money.  And you know what?  When we were kids – my cousin was a shoplifter.  He even stole my Father’s lawnmower.  So why would I trust him with my money?

I tell my son to pay attention in school.  But he doesn’t listen.  What can I do? I guess he’s like me.

The problem in Los Angeles is drugs. And crime.  And racism. I voted for Donald Trump. I don’t mind saying it.  Yah – he’s an asshole – but he’s not stupid.  Or maybe he is.  Maybe that’s the point.  If you got the balls, anyone can get rich in this mutha fuckin’ country.”

We met Farrokh on the downtown east side of Vancouver. 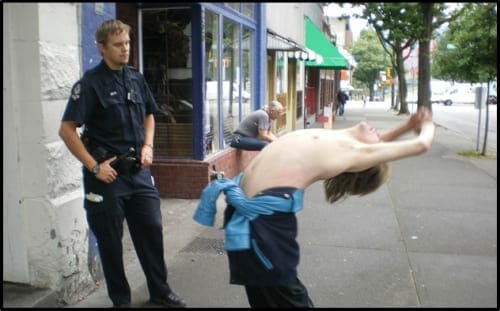 Farrokh is 33-year-old immigrant from Pakistan.  He’s been in Canada for eight years.  In Pakistan, he studied pharmacology. Then he worked in a lab, doing blood work.  But Peshawar was polluted and dangerous.  He brought his wife to Canada for a better life.  He wanted to work in a pharmacy.  But Canada didn’t accept his credentials.  He enrolled in college.  But his English wasn’t good enough.  He kept getting recycled through the ESL program.

Farrokh found work driving a taxi-cab. When his mother-in-law got sick, his wife went back to Peshawar.  Later, she sent divorce papers.  Farrokh wants to get married again.  But he doesn’t trust women.

“A lot of drivers won’t pick these people up,” said Farrokh, pointing to a jittery gaggle of west coast junkies, “But I don’t discriminate. Because I believe everyone is here for a reason.  Don’t puke in my cab.  Don’t call me a ‘Pakki’.  We got no problem.

Vancouver is a very expensive city.  Unless you’re smart.  I buy 10-kilogram bags of rice.   And frozen chicken from Costco.  Delicious dinner for 80 cents. Look at my stomach.  That’s a six-pack.  Every morning I do 150 sit-ups in my room.  150 push-ups.  No matter how tired I am.  No gym fees.  I look great.

Canada is lucky.  We have oil and copper and gold.  That’s why I’m not leaving.  Money falls off the truck.  I can pick some up.  I wish I worked in a pharmacy. I wish I had a wife.  But I’m here in Canada. It’s raining.  And I don’t give a shit.”

What we extrapolated from the 3 taxi-drivers:

Meanwhile, the Canadian dollar is getting stronger and Canadian stock markets have benefited from “strong inflows of foreign money adding to investor confidence.”

What do you make of it?

Full Disclosure:  We own precious metal stocks; it’s a counter-bet against the global economy.