On the 17th of this month, we spotted a stock chart trend at Berkwood Resources (BKR.V) that we didn’t like. Berkwood appeared to be doing everything right, but into every good piece of news came hard selling, and on days with no news, that selling kept coming.

The stock was not doing well, even if the C-suite was.

So we said, enough already, steer clear of BKR until the bleeding had ended.

To a client company executive, these weren’t words they wanted to see from their marketing partners. But it had to be done. It was just too dangerous to be buying this stock, even with all the good things the company kept doing, while an unreliable player was beating it at the knees.

In the time since, we’ve been watching. And it appears, maybe, the seller kept at it for another day or two. That big spike on the 17th you can see below trailed off, then things flattened out. 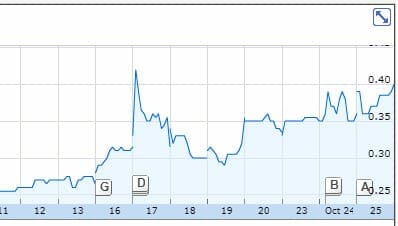 It was at $0.52 in early September, so this thing has swung wilder than a Prince George nightclub bouncer. But we like the recent moves.

This $0.40 shift comes as the company was closing a $0.29 private placement round, which is an even better sign. We’re just a week on from when the company announced the end of its 13-hole drill round at the Lac Gueret project, on the border of the $300 million Mason Graphite (LLG.V) project, where every hole was reported to have intersected graphite.

Mason, over the last two months, has jumped from $1.50 to $2.58, an astonishing run of its own in a graphite sector neglected by many investors and considered out of fashion as a rule. 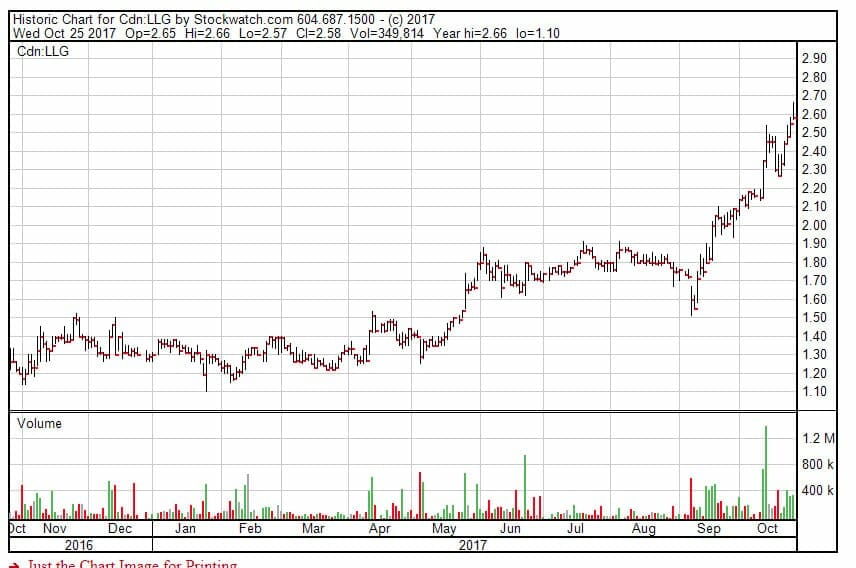 But graphite is needed, is seldom dug out in North America, and is a strategic metal. Mason has a bunch on its property. Berkwood, with just an $8 million market cap, has horseshoed that property and appears to be finding more of its own.

Berkwood is also stretching its reach to other metals, with news the exchange had approved the purchase of the Roscoe vanadium property in Quebec, not far from their other holdings. That deal cost a measly $15k and 1.5 million BKR shares.

Small players are far more susceptible to individuals buying and selling large share totals than are big players like Mason, so you take your lumps if you’ve been sitting on BKR for a while, but a $0.25 to $0.40 shift in two weeks is worth noting, and gives credence to our suspicion that Berkwood may be in a place where it can be valued appropriately once again.

Take a serious look and see if you see what we see.

FULL DISCLOSURE: Berkwood Resources is an Equity.Guru marketing client and we own stock in the company.