You’d think that Sir Issac Newton would have made a decent investor, but you’d be dead wrong. Few know that he lost the lot back in the early 18th century chasing a stock bubble, leading to his famous quote “I can calculate the movement of stars, but not the madness of men.” 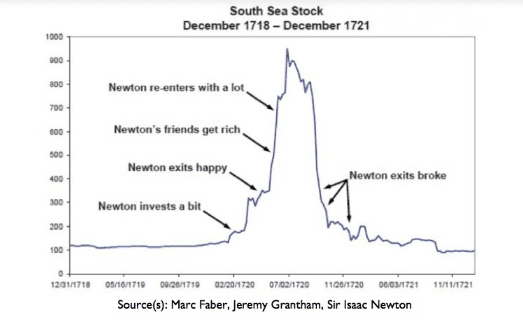 Turns out, gravity has a particular fondness for stocks (actually, many assets) that try to escape the stratosphere, causing them to come violently crashing back down to earth.

So it’s no surprise, really, that the ASX weed stocks have all been given a haircut since we last profiled them two months ago.

You only need a quick glance at the sector to see what’s going on. While the S&P500 might be hitting a new all-time high, these stocks simply ran too far, too fast. Gravity was always going to engulf them at some stage. 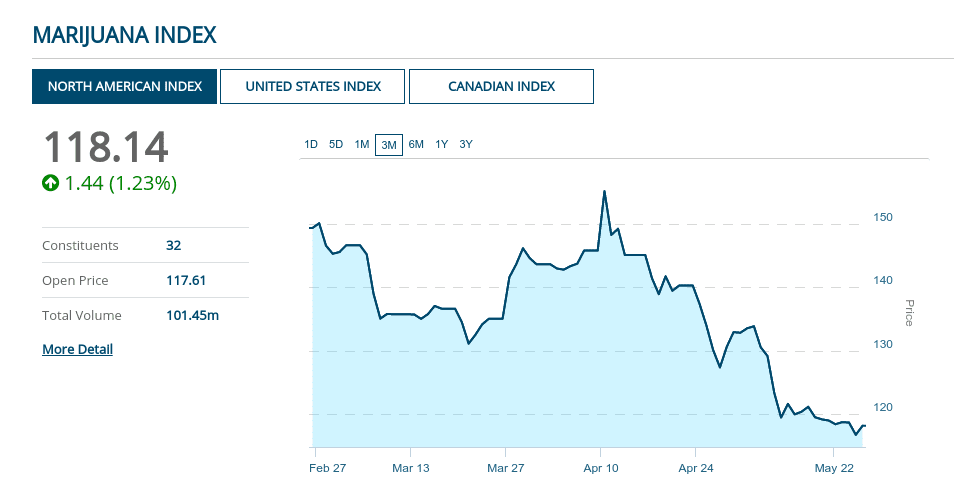 Let’s take a closer look at how the 10 pot stocks we recently profiled have fared over the past two months.

On average, they’re down a whopping 30.34%. That’s great news if you’re looking to establish a position or add to an existing one.

This is a dip you should be looking to buy.

It’s the old If you liked ’em then you’re gonna love ’em now line of thought.

Simply put, this is an excellent entry point for anyone looking to gain exposure to the sector.

Still our pick of the bunch of cannabis stocks on offer, Creso Pharma has been quietly going about its business. Having recently signed a binding LOI with Swiss-based Cannapharm they now have the exclusive rights to import, market and distribute Cannapharms medicinal cannabis products throughout seven new regions including Australia, Brazil, Chile and Colombia.

Group CEO, Dr. Miri Halperin Wernli, has stated “This partnership with Cannapharm significantly builds on our position within the Australian market as a leading medicinal cannabis company”

The stock meandered down to 0.40 early last week and if you were lucky enough to pick up a few around that price level then the violent action of the last few trading sessions has you sitting on a near 50% gain3. Even yours truly got swept up in the action, trying to finesse a limit buy order and missed out by half a cent on adding to an existing position. Hate it when that happens! 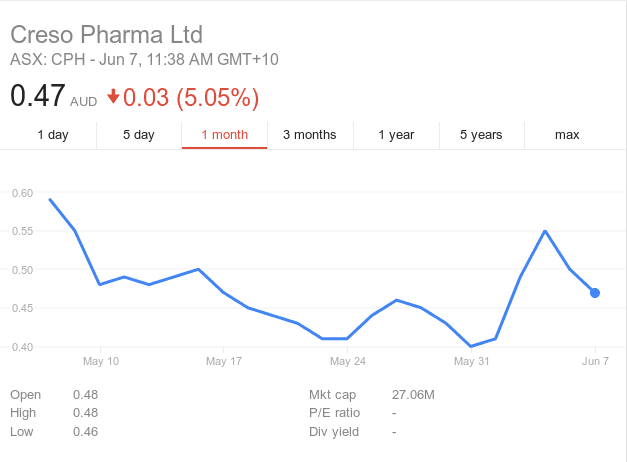 Two recent trading sessions erased a months worth of losses! (without me on board .. sigh)

Cannabis Honey in the pipeline

It’s not only razors, batteries and mobile phones that are under lock and key in many supermarkets across the country. Now we can add honey to that list. You read that right. 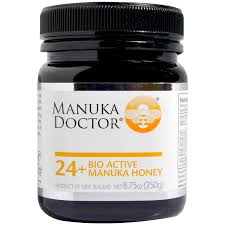 In case you haven’t come across Manuka Honey before, it’s highly regarded for its medicinal properties, and as such often attracts a hefty price tag. This is not lost on shoplifters, who are nothing if not resourceful when it comes to the inventory they hold.

Medic Honey, a newly formed venture company spun out of Eve Investments (EVE.ASX) intends to disrupt the $2.1 billion Manuka honey market by aiming to bring a CBD-infused honey to market.

Having entered into a binding agreement to acquire a 50% stake in Jenbrook Pty Ltd, an established organic essential oil producer, they are, according to their website, “exploring the opportunity to develop a Medicinal cannabis honey. This product would be a unique premium honey product, produced by bees pollinating on the nectar of medicinal cannabis plants.”

They also have a leading medicinal cannabis advisor on board (one must!). Let’s hope that works out better for them than for Stemcell United (SCU.ASX), whose share price is languishing around the 11 cent mark after it’s roller coaster ride up to a buck and back.

It’s frustrating to watch Australian politicians fumble the ball when it comes to getting a decent legislative framework in place for patients who need access to medicinal cannabis.

If only they redirected the energy focused on preventing gay marriage from becoming legalized. FFS.

“People are really frustrated because they’ve been told it’s legal and available but actually it’s a lot more complex than that. There are a lot of barriers. It requires your medical practitioner to be a real advocate for you.”

In other news Australia was just named as the country with the world’s most bong users.

FULL DISCLOSURE: The author of this article holds stock in Creso Pharma (CPH.ASX). Creso is NOT an Equity Guru marketing client, although we’d like them to be.