Another day, another new cannabinoid clinic for the boffins at Canabo Medical (CMM.V): this one adding to their tally in Ontario with a new facility in the city of London.

That makes 15 clinics across the country, with the recently opened facility in Chilliwack, BC having been announced earlier this week.

More interesting to longtime watchers of Canabo will be the financial numbers which, at first glance, might present a bit of a fright, with a $3m loss in the quarter ended January 2017.

But before anyone pulls an Aphria and ‘fat finger sells’ their CMM.V stock, a finer look at the details is in order.

Some $2.4 million that loss came from costs associated with going public. The remainder comes from recruiting fully qualified physicians to staff their clinics. With the company now public, and the staff now signed on, that leaves the company to chug forward in a much cleaner sense – with $8 million in pocket after Aphria (APH.V) bought into their deal at double the current share price.

That’s about to become an easier stretch, I think, with news that the company will be releasing its first big observational study at a medical conference on April 7. The study, which will focus on how the use of benzos drops off when cannabis is offered as an alternative, and how effectively the different treatment works, strikes me as exactly the sort of thing the Canadian medical world has been waiting for as they try to figure out whether they should prescribe weed, how they should prescribe it, what they should prescribe, and how much is necessary.

Execs are quietly confident that the results will surprise, and plan to run the report in a pair of medical journals to ensure wide dissemination and peer review.

This isn’t some 50-person study designed to suggest “yay weed”, rather, this is a fat piece of work that will bring statistically meaningful and academically sound data. I can’t wait. I think this study changes everything, and not just for Canabo.

[Canabo] currently tracks over 1,500 patients who started medical cannabinoids while on benzodiazepines.

[Executive Chairman Dr. Neil] Smith stated, “We consider the release of this first research report a milestone not just for Canabo but for the medical cannabis industry as a whole. We anticipate that the results of our first study will be significant within the medical community as a large number of patients under our treatments completely eliminated benzodiazepines from their medication regime.” 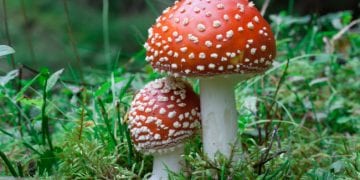