Organigram (OGI.V) executives released the bare minimum information in a news release an hour ago, announcing their earlier confirmed product recall, in which non-organic, banned chemicals were found in their products, has been expanded.

Literally, that’s all they said. Oh, they also claimed you should look to Health Canada’s website for more information. So I did. There’s none there.

Shortly before the last trading day of 2016, leading into a holiday weekend, Organigram released the initial news that a recall had taken place. They didn’t mention what the substance was that had been found, and said they had no idea why it was there.

They also said that five minutes before the close of trading leading into a three-day weekend. Because, naturally.

Today’s release was even less helpful to investors:

Organigram Holdings Inc. announces that it has expanded its product recall announced on December 30, 2016 to include additional product lots manufactured during 2016. The Company continues to work closely with Health Canada on this matter. For more information, visit Health Canada’s website. Organigram’s client service department is directly notifying all clients affected by the recall.

That’s it. There’s nothing more to see, people. Move along.

In fact, the news was so sparse, if you do a search for the story on Twitter, you’ll see every news organization mention features the same word: BRIEF 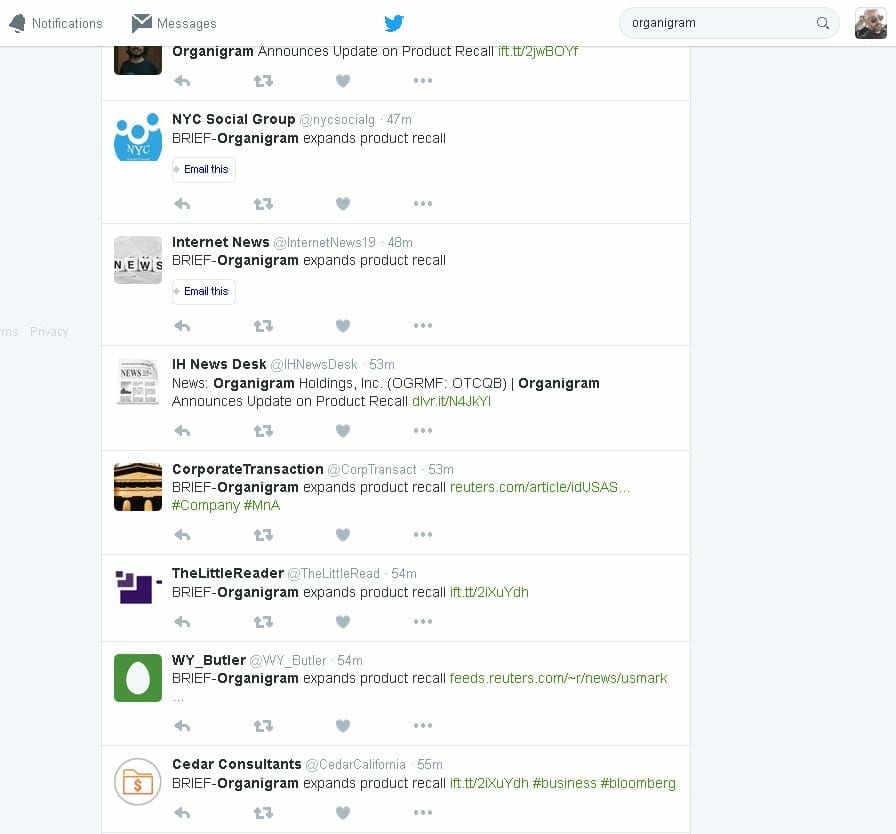 Frankly, it appears Organigram CEO Denis Arsenault couldn’t run a choko vine over a shithouse, as we used to say in Australia. His organic certification, which his website boasts means: 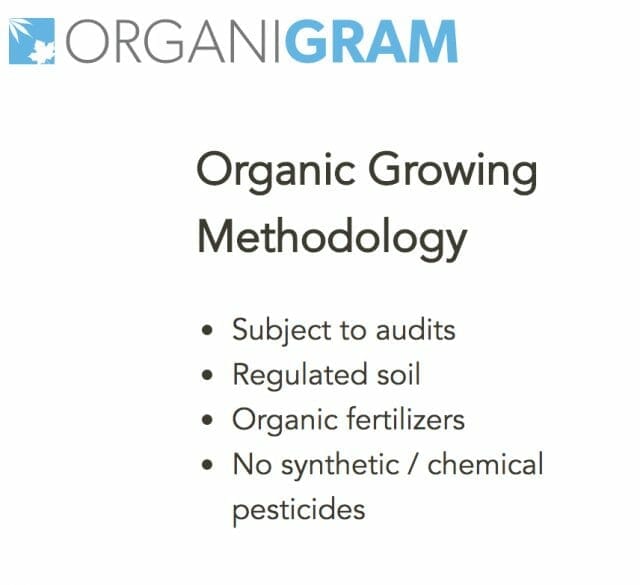 … must surely be in peril. The stock has been dragging at a time others are putting big runs on the board, and the approach used to inform the market – you know, you guys who invest in the company – about material issues is SERIOUSLY suspect.

No good CEO releases big news five minutes before a three day weekend. No good CEO puts out a one line news release with no detail on which strains are affected and why. No good CEO would let this happen in the first place, when your entire reason for being in business is supposed to be how much better organic weed is.

It’s time for Organigram’s board to move Arsenault aside, if he won’t go willingly. Then again, he’s padded himself with so many shares and options over the years, he might be tough to dislodge.