If you have the capability, there’s no greater opportunity in the markets right now than to short Nintendo (NTDOY) stock.

Hey, I’m not usually a short fan. I think shorts do more to damage the market than help it as a general rule, but the massive jump in value of Nintendo last week, on the undeniably successful launch of Pokemon Go, was insane.

It’s a big deal – even I’m out there catching Zubats with my kids.

But the reaction on Nintendo’s stock price is entirely wrong headed.

The stock jumped over several days from $17 to $37, adding around $15 billion to Nintendo’s market capitalization.

Which would have been great if Nintendo actually owned Pokemon. Or the app. But it doesn’t.

In fact, even the privately held Pokemon Company, of which Nintendo is a minority stakeholder, doesn’t own the app.

Niantic does. And Niantic? Privately held Google spin-out of which a small percentage is indeed owned by Nintendo, through the Pokemon Company.

According to the same Marketwatch piece linked above, Macquarie estimates Nintendo’s chunk of the Go app as being roughly 13%. That’s not bad, but it doesn’t warrant a doubling of Nintendo’s share price.

Added to which, Nintendo is saying they’ve already wired expected Go profits into their annual outlook.

If anything, Google (GOOG) will make more money out of Pokemon Go than Nintendo will. Apple (AAPL) and Samsung (SSNLF) stand to make some, as kids clamour for their own phones and parents, like me, get sick of having theirs drained by the children.

But Nintendo? That’s not where your money should go.

Short Nintendo. The stock has already begun receding and will recede a lot more, even if everyone between the age of 10 and 50 is out in the streets catching Drowzees all night every night.

There will be a monetization of the app, for certain, and it may make a lot of money. But it won’t make ten billion for Nintendo by any stretch.

Frankly, if you really want to invest in the Go phenomenon, invest in companies that make mobile phone chargers. The app blows through battery life like Justin Trudeau blows through hair brushes, and any Go player who wants to stay out longer than half an hour has a charger permanently plugged into their phone.

Don’t believe me? Here’s a video clip of a Pokeparty in Vancouver’s Robson Square last night, where a complete creep blew into a news piece to make a tired, sexist remark that we can all agree warrants a kick to the nuts.

Ignore the douchenozzle and focus on the players behind the reporter. See all those cables?

So what companies are in this space? There are a few.

Qualcomm is massive, does $6b in revenues, and pays a solid cash dividend. It has wireless charging products that, frankly, aren’t useful on the go. Next.

Anker sells a ton of mobile travel chargers, they’re another former Google group, and they did a deal with Niantic to provide a charger specifically for that company’s last augmented technology game, Ingress. If anyone is going to make fat change from Pokemon Go outside of Niantic, it’s these guys. But they’re not public. Next.

Aukey also sells wide in this category, but is also private, and uses Qualcomm products to make their own. Jackery does business in the same vein, with electronic cigarettes thrown in. But they’re private too. Kmashi is owned by Chinese company WNT-Luxtech and thus isn’t available for investment. Next.

Rayovac is a brand you might have seen around, and they do a big business in mobile chargers. The company is owned by Spectrum Brands (NYSE:SPB), which is a $6b market cap giant, which means a spike in sales won’t help their profitability much.

Maybe we should look at charger cable manufacturers, no there’s 2180 of those my head is going to explode goddammit.

Wait a second – I wrote about a company not long ago that is getting a disposable battery charger to market. The company, Lifeclips (OTC:LCLP) has been toying with a Go-Pro-like camera, but has this product in the background called Mobeego. When you need an emergency charge, you buy it for $10 from a convenience store, and turn it in when it’s done. No hunting for a wall outlet. No $5 coffee to justify the half hour your phone will be plugged into a wall in that cafe across the street.

Disposable charger? That’s a thing? Well yes, and I’d use the hell out of them. Sure they’re a waste of money. But that wont matter to me when my kid has chased that damn Tauros all over hell’s half acre and now I have a call I have to take and there’s 3% battery life left.

Crap. There’s a double lure at the other end of the block. 43% charge will have to do I’m outta here. 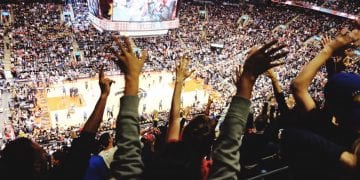