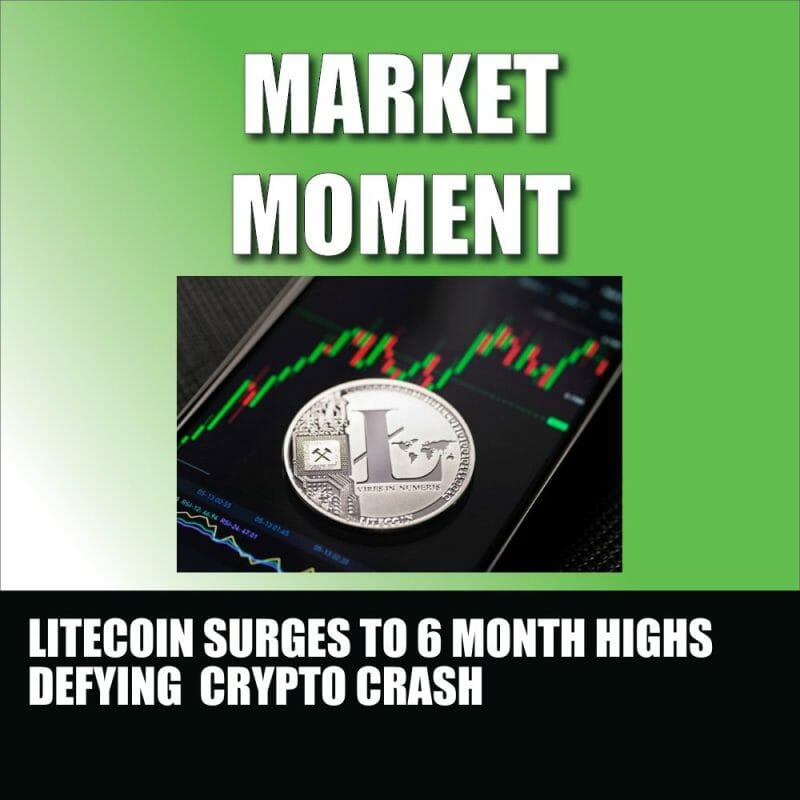 I remember the good old days. The beginning of crypto when people were big fans of Litecoin. Many crypto bulls said that if Bitcoin was gold, then Litecoin was silver. I don’t know if that analogy still stands today given Ethereum and many other cryptos.

In fact, Litecoin has moved up 43% this month. The reason? Fundamentals of supply and demand. Litecoin is undergoing a pre-halving rally.

The ‘Litecoin halving’ is coming which will change mining rewards and the issuance of new coins. The rate of which new Litecoins are created will be reduced thus will lower the available amount of new supply. Combined with demand (and perhaps rising demand!) this generally means price appreciation.

In the good old days, miners received 50 Litecoins for successfully mining a block back in 2011, when Litecoin was launched. Every 4 years, this reward (known as a ‘subsidy’) is halved every 840,000 blocks. Litecoin is moving because the third halving takes place in 2023, and will see the 12.5 LTC subsidy reduced to 6.25 LTC.

For those interested, Litecoin has a finite supply of 84 million coins, whereas Bitcoin’s maximum supply will be 21 million. Litecoin is not controlled by any centralised body and has decentralised mining distribution of about eight main mining pools.

Now to the charts.

First off, the team at coindesk put out this image showing Litecoin price action from the other two previous halvings: 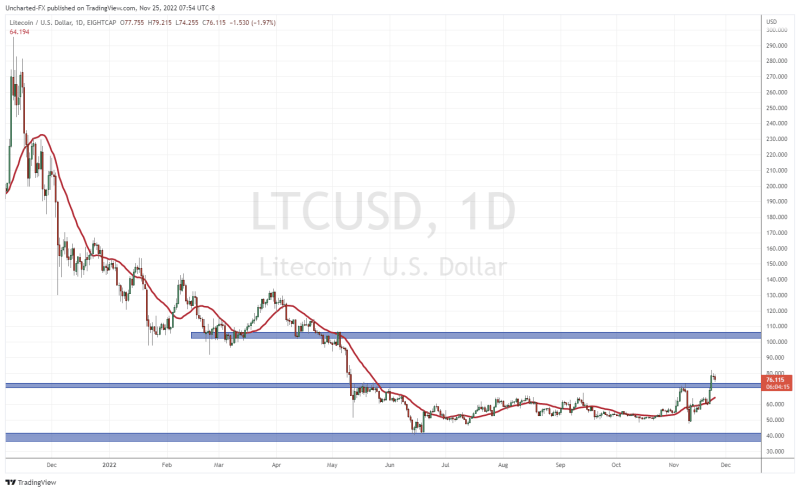 So far so good. The chart actually displays many of the market structure criteria I look for in my own trades. Litecoin gets my stamp of approval.

We have had a long range after a downtrend, which tends to be a sign that selling pressure has exhausted. With the halving news, it provided the catalyst for the range to break. We have a breakout trade here with Litecoin currently retesting the breakout zone.

If we hold above $70, and buyers jump in, the next target zone is the psychologically important $100 zone.

Any other major crypto news to do with FTX or even another exchange having issues or going under would definitely halt the breakout momentum.