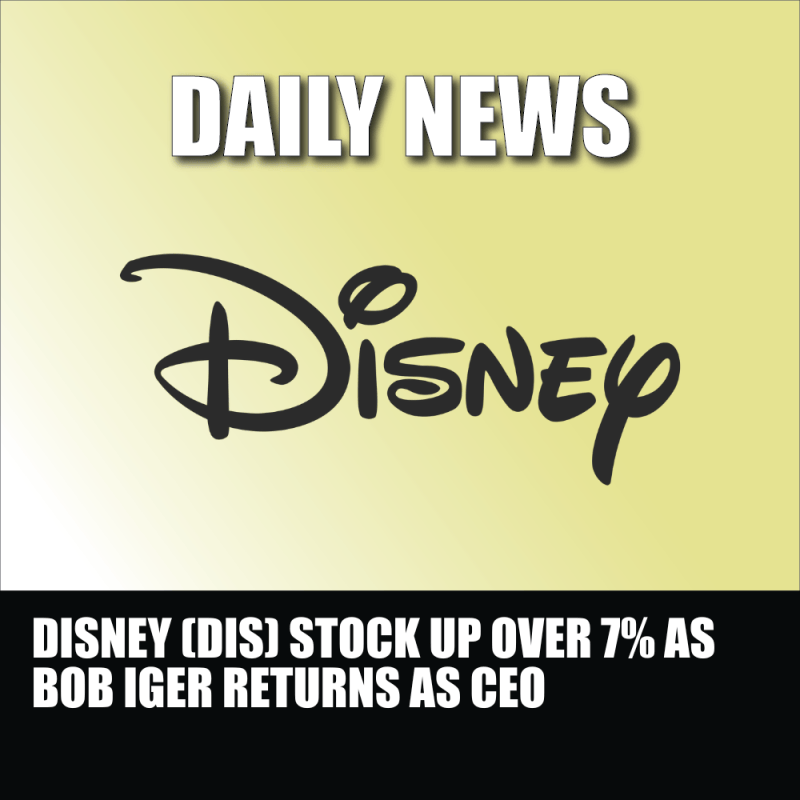 He’s back! Bob Iger is returning to Disney and will replace current CEO Bob Chapek.

Iger was the Disney CEO from 2005-2020 stepping down in February 2020 during the pandemic. He is of course famously known for creating Disney into an intellectual behemoth by buying Pixar, Marvel Entertainment and Lucasfilm (Star Wars) for a total acquired cost of around $15 billion.

And now he is back to steer Disney’s ship once again. According to CNBC’s David Faber, the Disney board outreach to Iger and decision to replace Chapek came after concerns after Disney’s most recent quarterly earnings report.

Here is the breakdown of Disney’s latest earnings:

Disney+ added 12.1 million subscriptions during the period, bringing the platform’s total subscriber base to 164.2 million, higher than the 160.45 million analysts had forecast, according to StreetAccount estimates. However, growth is expected to slow in the fiscal first quarter, Disney executives warned on Tuesday’s conference call.

Disney CEO Bob Chapek said in the company’s earnings release that Disney+ will achieve profitability in fiscal 2024. The direct-to-consumer division lost $1.47 billion during the most recent quarter. It also reported a 10% drop in domestic average revenue per user (ARPU) to $6.10.

The company is set to hike prices for the service in December and is planning an ad-supported tier, which is expected to boost revenue.

Operating income for the division rose more than 66% to $1.5 billion as spending increased at its domestic and international parks and consumers booked voyages on its new cruise ship, the Disney Wish. The parks unit, specifically, brought in $815 million in operating income, well shy of the $919 million expected by StreetAccount. 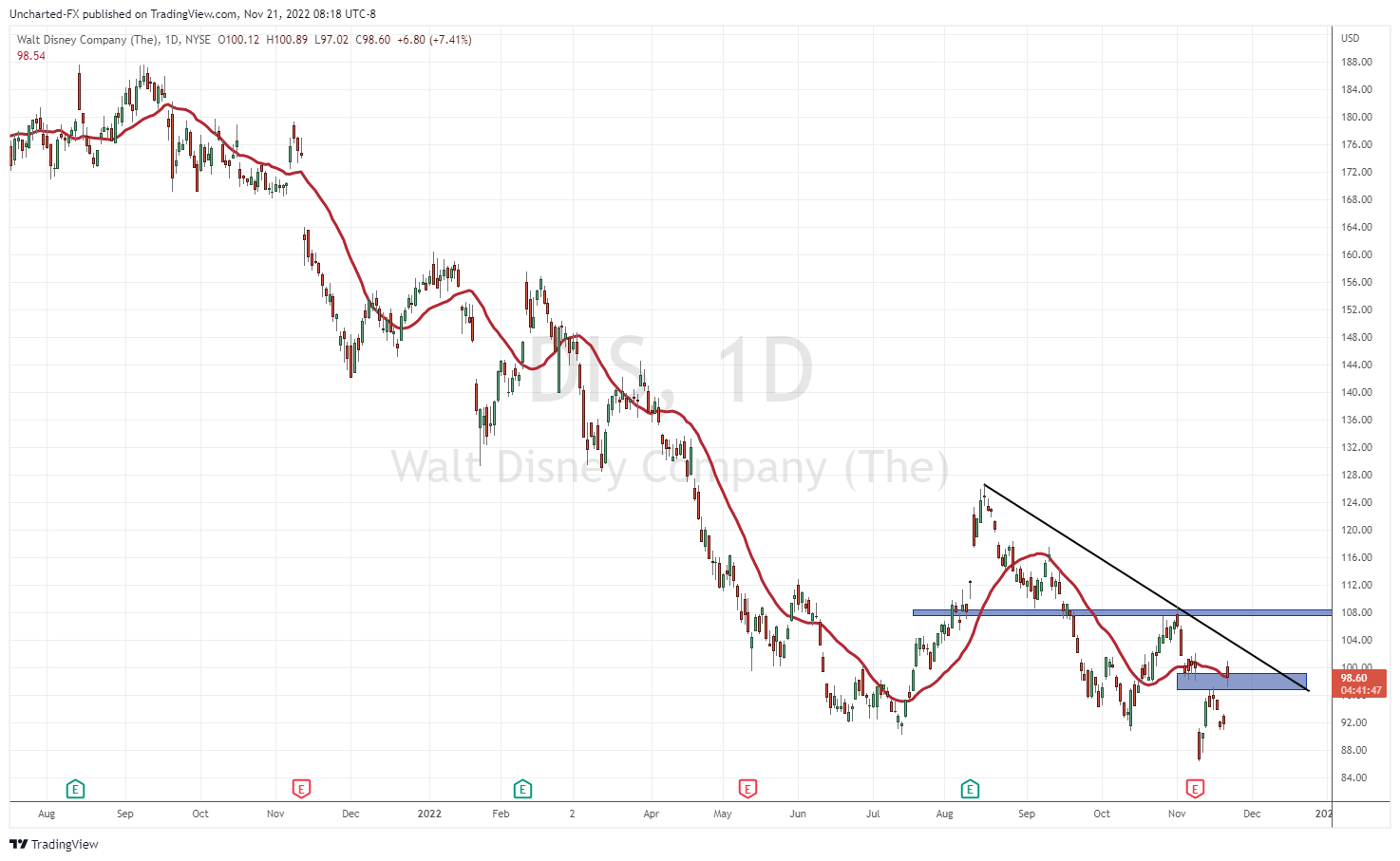 The stock initially rose more than 6% on today’s news. At time of writing, Disney shares are up more than 7% on the day.

The stock recently broke below a major support zone at $92, and if it wasn’t for the broader stock market move, Disney shares were likely to have plunged much lower. Instead, we reclaimed support and are making a push to the resistance zone around $108.

Notice the blue rectangle box I have drawn out. With today’s close, Disney stock may close the gap. Gap fills are extremely bullish (or bearish in a downtrend!). A gap fill leads to more upside, and it helps that this technical trigger will require a close above the major psychological zone of $100. 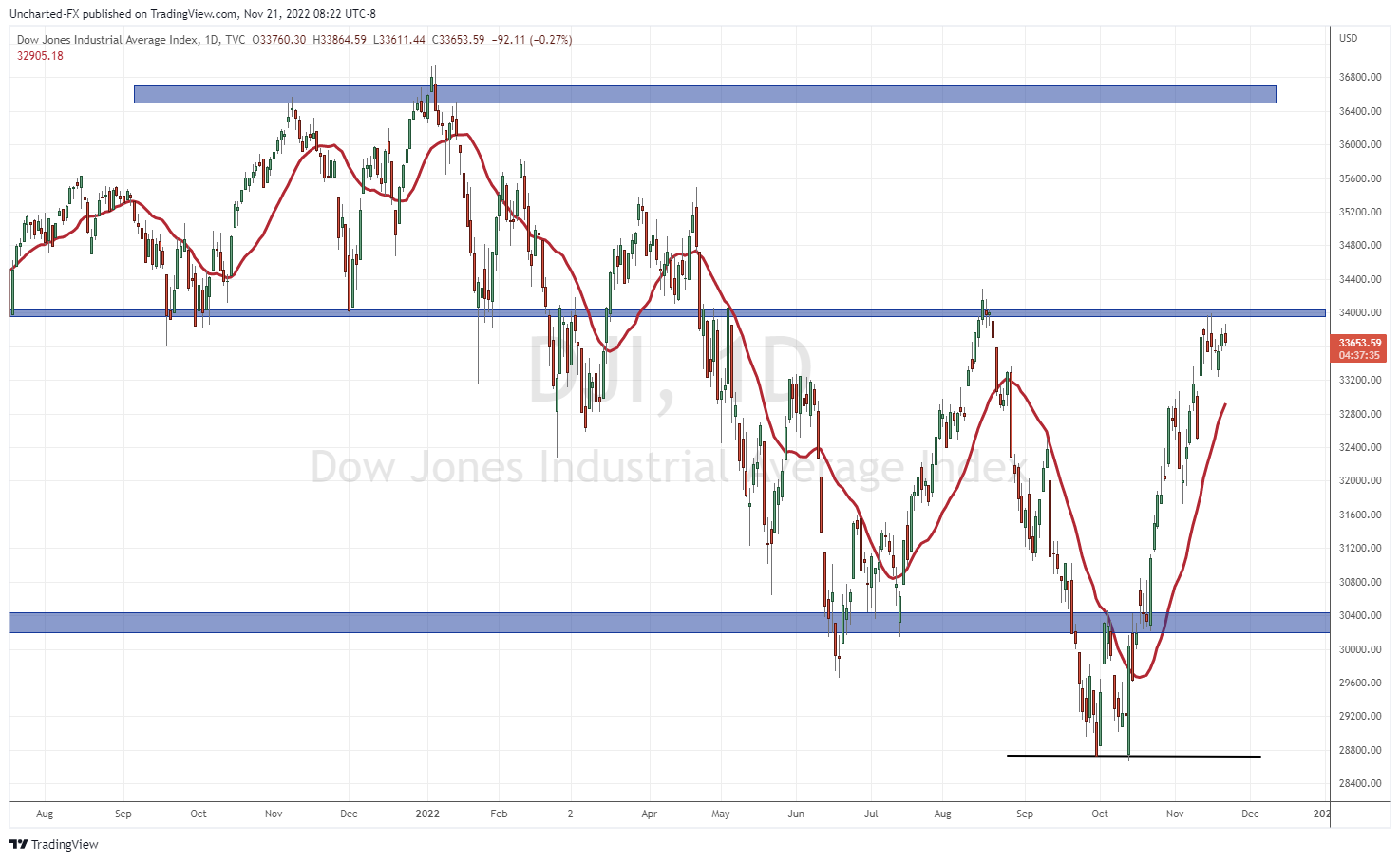 All US stock markets are down, but the Dow Jones is down the least thanks to Disney. The Dow Jones continues to battle at the major resistance zone at 34,000 and we await for a break. A breakout above 34,000 signals more upside and a move targeting previous all time record highs.

A breakdown below 33,300 or below this current range, would mean a rejection at resistance and further downside.