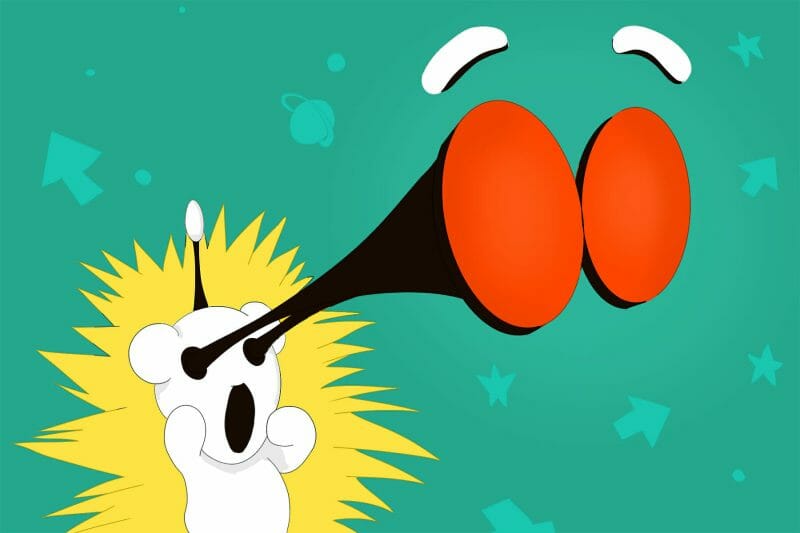 Reddit, the 19th most visited website on the internet has murmurs surrounding its potential IPO this year.

On August 12th Reddit confirmed with TechCrunch that it raised $410 million USD from Fidelity so far. Reddit announced it plans to bring in up to $700 million in its Series F funding. The funding brings Reddit to a $10 billion USD valuation – up from its $6 billion USD valuation at the start of 2021. Yes, Reddit has increased its valuation by $4 billion USD dollars over an 8-month window.

Throughout eight rounds of fundraising, Reddit has raised just under $1 billion USD from 27 different institutional investors like Fidelity, Sequoia Capital, and Andreessen Horowitz. 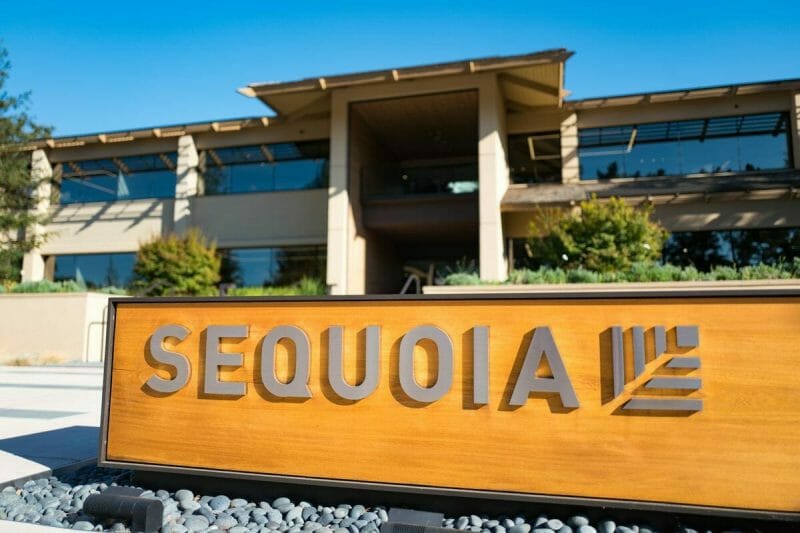 Prior to this round, the highest amount Reddit raised in any one round of funding occurred in 2019, when a Series D round led by internet service provider Tencent helped Reddit bring in $300 million in new funds.

Reddit has been successful in raising capital, largely because they have a successful product.

Reddit as a product has succeeded for a large number of reasons, one of which is how it organizes itself, and its content. Reddit’s home page is just the book cover, there are thousands of individual subreddits underneath with nearly every weird niche covered. When you join a subreddit you are joining a community of people with a similar interest, so there is context already. Jokes don’t need to be explained, everything is native and natural, which keeps users on longer, and more engaged. Users aren’t posting their thoughts and ideas to a random collection of followers, they are posting directly to others within that group.

Within each subreddit content is organized by popularity and relevance so the best floats to the top while the worst usually never sees the light of the day. This is really the opposite mindset of the Facebook (FB.Q) experience where users are constantly shown things that enrage them just to increase interaction and engagement.

So while platforms like Facebook play on our emotions to keep our attention, Reddit does it through its organization and ability to take deep dives as a result of how the content is organized. Within each post, individual comments are treating the same way, so some stupid racist guy may get 500 reactions on Facebook with his comment near the top, whereas on Reddit his comment will just sit at the bottom of the stack collecting dust. The only way to find it is to go out of your way and say I want to see what the dumbest thing on this thread is.

Reddit users are also largely anonymous, which means people can let go and not worry about what their aunt or Tinder date might think. This allows people to comment and post more honestly, sure, it also allows for more trolling but all in all I think it’s a positive. More and more people are realizing posting things to social media under their name can have consequences years down the line. There’s something attractive about remaining anonymous, and I think even if people use social media under their birth name, having an outlet like Reddit where they can be anonymous.

Reddit isn’t the only anonymous website on the net, but sites similar in nature like 4chan were unable to reel in its userbase and things got uhhh, pretty weird. Reddit (for the most part) has managed to keep its users from talking about and posting insane shit with strict content moderation and unruly bans that for a lot of subs come out of nowhere. Reddit does not mess around if they aren’t feeling you, many subreddits have found that out the hard way, especially over the last few years as word of a Reddit IPO spread. Some believe Reddit’s largescale crackdown on controversial content, which largely started with Q Anon in 2017, was mostly motivated by keeping company value high rather than morality.

Earlier this week a post on Reddit that first started in the r/Vaxxjhappened sub about removing anti-vax content went viral across the site. It spread across thousands of subreddits from around the world, but, to the surprise of many Reddit’s management didn’t really seem to care. They gave the standard ‘we will remove things that break our code of conduct’ answer, but when Q Anon content flooded their site in 2017 they promptly moved to squash it, and it worked. Reddit has also been shutting down a record number of subreddits the past couple of years, some alt-right like The Donald, and some even ‘alt-left’ like Cum Town and Chapo Trap House.

Facebook didn’t take that same approach, and now it is flooded with boomers who also seem to really be into conspiracy theories. I don’t use Facebook really but when I check it once in a while it seems to be mostly shamanic healers comparing vaccine passports to the holocaust and dudes on boats selling marketing courses. Facebook’s stock has done well since its inception, but the site hasn’t seen user growth and the younger generations don’t really use it, like at all. 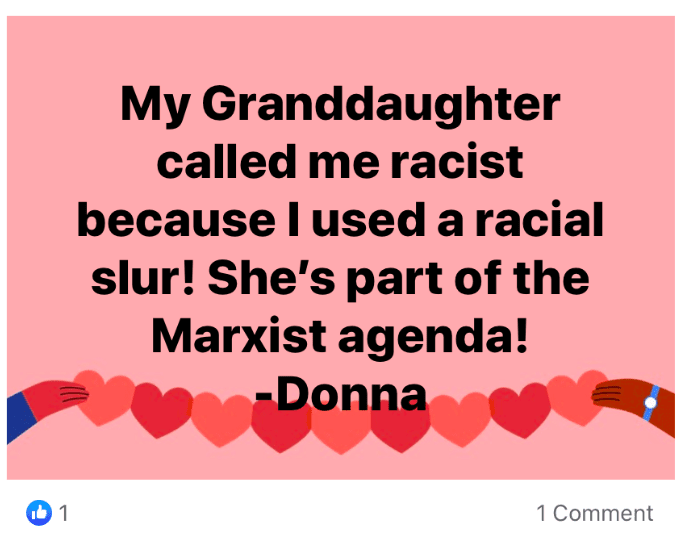 Facebook’s saving grace, and why it’s still a good investment long-term in my opinion has been the success of its acquisition strategy, ie buying up Instagram and Whatsapp for a combined $20 billion USD. Which, honestly is a steal when you look at the size of the respecitve user bases, and that’s exactly what Facebook was looking at too. But, Facebook as a platform has become extremely dated in recent years with younger generations flocking to other apps.

Reddit’s appeal is that it offers its users the ability to dive deeper into their passions and interests. It allows me to find mountains of well-organized information on any topic I want. It’s almost like hanging out at the library with the funniest kids in school.

As we saw with the r/wallstreetbets saga, Reddit users are not lacking passion or creativity, they are willing to bleed for the causes they believe in, and for re/wallstreetbets, their home is Reddit. Reddit will have a built in army of dedicated retail investors. If any of the insutituionals start messing around there will be millions of Redditors with a robust communication system looking to solve problems.

How did Reddit get such a dedicated user base? The site has been extremely smart and careful to not try and monetize its audience too aggressively. Most of the revenue that Reddit brings in is generated from advertising to the tune of roughly $170 USD million in 2020.

Users can signup for Reddit premium, but the free version works totally fine too, unlike say Spotify for example where the free version is essentially unusable. They also haven’t tried to sell tons of shit to its userbase like Facebook has, although, to Facebook’s credit they have improved their algorithms to block shitty dropshipping stores sending out cheap trash from China. I’m surprised the fidget spinner era didn’t make people delete their Facebook accounts.

I really hope Reddit does IPO, even just for the juicy content. I can see r/wallstreetbets going off the chain trying to pump the volume while hedge funds maybe try and mess around a bit. It would be fun to see how it plays out, and with the parade of tech companies going public in recent years, I would be surprised if Reddit remains private forever. Last year, 471 companies (including SPACs) came to market, representing a record level not seen since 1999.

Reddit is raising serious dough and has massive backers behind them, at this point they are probably trying to time the market. Covid delayed several IPO’s. September, the start of the fall season, is also typically seen in the start of IPO season for tech companies. During the months between September and the end of the year, tech companies make the push to go public to acquire the increased levels of capital as they move into the new year.

In March, it announced Drew Vollero would be joining as the site’s first-ever CFO, after assisting with Snapchat’s (SNAP.N) IPO efforts four years prior. Things are looking promising, but the company has not released any official word, as of yet.