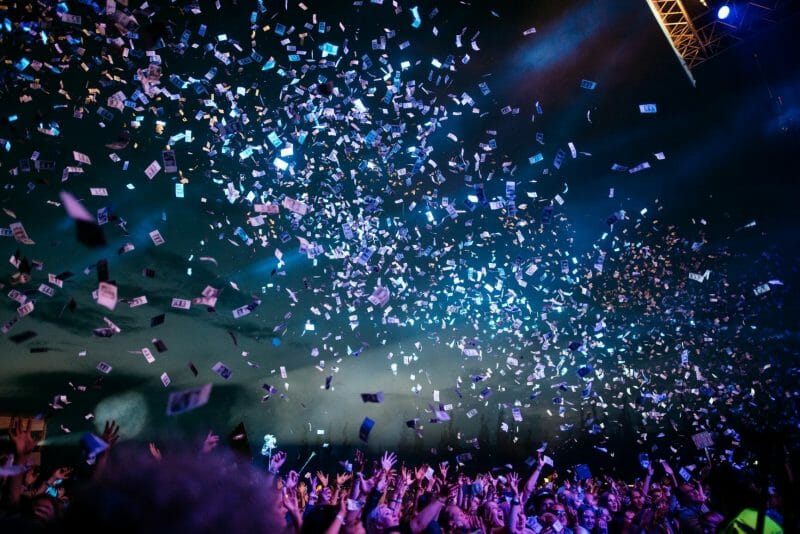 Atai is already a whale

The company has remained private since its inception in 2018 while garnering big-name investors like Peter Thiel. Atai plans on raising $214.3 million USD through an IPO at a valuation of roughly $2.3 billion, according to Reuters.  Atai plans on selling around 14.29 million shares priced between $13 and $15 USD per share. I previously wrote about this upcoming IPO months ago as many have been waiting eagerly for this big fish to get into the water. The rumored date is July 18th with the ticker ATAI.Q. The company announced its application to the Nasdaq exchange back in April meaning Atai will be only the 3rd psychedelics company to be listed on the exchange after Compass Pathways (CMPS.Q) and Mindmed (MNMD.Q). Also, shoutouts to Field Trip (FTRP.T) who sent in their application this week.

Atai and Compass Pathways are closely related, from R&D partnerships to angel investors, the companies have a pretty entrenched relationship. As of December 2019, Atai had a 25.9% interest in Compass Pathways,  one year later that number dropped to 22.1%, and may continue to drop.

According to the company’s listing statement,

Our interest in COMPASS may be further reduced to the extent they raise capital from third-party investors. As a result, our ability to realize value from our ownership position in COMPASS may be impacted if we reduce our ownership. Furthermore, a large proportion of our overall value may at any time reside in our ownership interest of COMPASS. Accordingly, any material adverse impact on the value of the business of COMPASS could have a material adverse effect on our business, financial condition, trading performance and/or prospects.

This IPO could present an opportunity to bullish on Compass investors to add something new to their portfolio, doubling down on their long-term outlook. Atai has that familiar scent of Peter Thiel, German scientists, and boatloads of cash. Atai believes that several of their therapeutic programs target indications that have potential market opportunities of at least $1 billion in annual sales if approved. One of  Atai’s companies, Recognify Life Sciences, has initiated a Phase 2a trial in the United States. The company also expects to initiate Phase 1 trials for three more programs in 2021 and an additional four in 2022. Atai currently has an ownership stake in 5 companies. After the IPO I would expect this number to rise as some further M&A seems inevitable with that heavy of a war chest.

To date, Atai has raised an aggregate of $362.3 million USD through the sale of common stock and convertible notes. The company had $97.2 million USD in cash at the close of 2020. This cash, combined with the funds from the IPO has the company confident they won’t need to worry about funds for the next 12 months. This means there might not be too much further dilution for the foreseeable future.

A different approach to NCE’s

Atai, much like Compass is creating its own drugs, rather than solely relying on recycled NCE’s or derivatives from decades past. Atai states, ‘our therapies containing controlled substances may generate public controversy. Political and social pressures and adverse publicity could lead to delays in approval of, and increased expenses for our current product candidates and any future therapeutic candidates we may develop.’ Atai is getting its hands dirty. This is different from most other psychedelics companies that are using or developing only derivatives instead of the real thing. In some cases, using a derivative can speed up the pre-clinical trial stages as there is already an existing body of research, but, they likely can’t be patented.

Atai also states it’s not seeking any kind of near-term revenue or product launches, and warns, ‘we may never succeed in obtaining regulatory approval for any of our product candidates.’ A company developing its own novel compounds has the advantage of being able to patent those formulas, which is the name of the game in biotech. Compass tried to patent sitting on a couch and listening to music.

Atai is playing the long game, knowing that people are spending more and more on mental health every year, with that number likely to explode after the pandemic. Between 2009 and 2019, spending on mental health care in the United States increased by more than 50%, reaching $225 billion, and a Lancet Commission report estimates the global economic cost will reach $16 trillion by 2030.

For those worried about the amount of capital flowing into the psychedelics sector, I understand the concern – but what’s the alternative? Keep giving that money to big pharma? Even MAPS’ founder Rick Doblin said they were mulling over potentially going public because it’s tough to run clinical trials off of donations. Big pharma has had its opportunity at the wheel, I want to see what else can be created. It could be argued that Atai is still big pharma, but Rome wasn’t built in a day.

SSRIs and antidepressants work well for some people, but they really only treat the symptoms and aim to make life manageable. What’s interesting about the psychedelics sector is this hunger to find what’s beneath the anxiety and depression. For decades the medical community has profited from overprescribing highly addictive drugs leading to an out-of-control opioid epidemic.