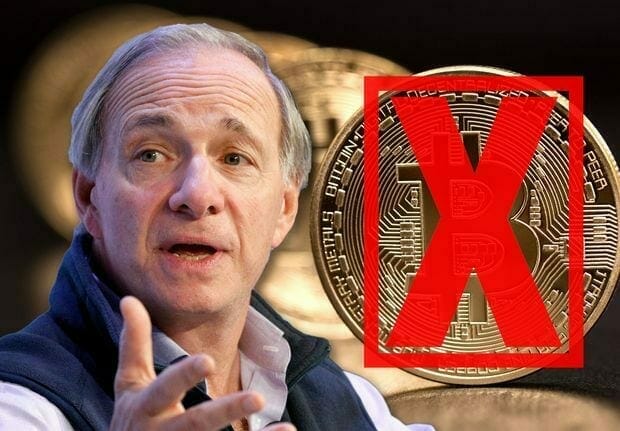 Goldman Sachs Offers Bitcoin, but is a Bitcoin Ban Coming?

Goldman Sachs announced today that they are close to offering Bitcoin and other Digital Assets to their private wealth management clients. Following the footsteps of Morgan Stanley, as Cryptocurrency becomes more mainstream.

″We are working closely with teams across the firm to explore ways to offer thoughtful and appropriate access to the ecosystem for private wealth clients, and that is something we expect to offer in the near term,”

“There’s a contingent of clients who are looking to this asset as a hedge against inflation, and the macro backdrop over the past year has certainly played into that,” Rich said. “There are also a large contingent of clients who feel like we’re sitting at the dawn of a new Internet in some ways and are looking for ways to participate in this space.”

And for your information, Goldman’s private wealth management division targets individuals, families, and endowments with at least $25 million to invest. So we are talking about big money wanting to buy cryptocurrency as a new asset class. Morgan Stanley was the first large US bank to offer their wealthy clients access to Bitcoin and other Digital Assets. The bank was doing so by launching access to three funds which allows one to own Bitcoin.

Two of these funds are from Galaxy Digital, a crypto firm founded by Mike Novogratz. The third fund is from asset manager FS Investments and Bitcoin company NYDIG. 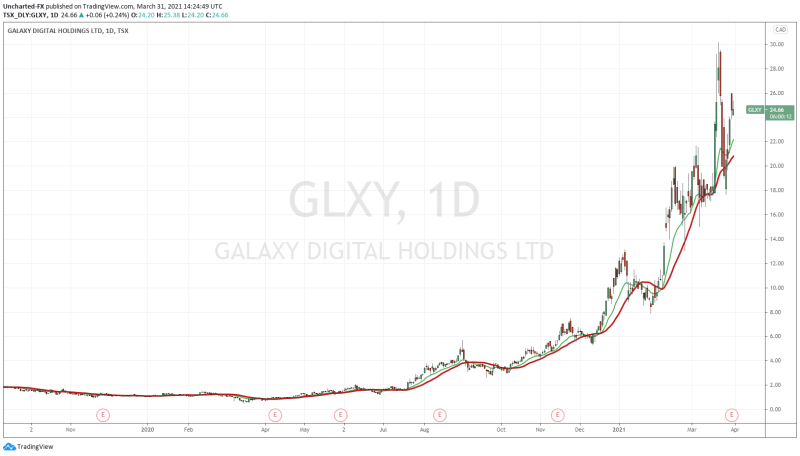 We should expect something similar from Goldman Sach’s. Oh and restrictions you ask?

The bank (Morgan Stanley) considers it suitable for people with “an aggressive risk tolerance” who have at least $2 million in assets held by the firm.

Investment firms need at least $5 million at the bank to qualify for the new stakes. In either case, the accounts have to be at least 6 months old.

And even for those accredited U.S. investors with brokerage accounts and enough assets to qualify, Morgan Stanley is limiting bitcoin investments to as much as 2.5% of their total net worth, said the people.

As Wall Street gets their hands on Bitcoin and other crypto’s, there are some pros and cons.

The obvious pro is that more institutional money will be entering the crypto market. The debate is whether Bitcoin is money, or a store of value. Crypto bulls initially saw it as money…but it is quickly becoming a store of value. Very simply because if Bitcoin prices keep moving higher, why would anyone part and spend their Bitcoin?

From reading all the information from the major banks, they term crypto’s a new asset class. And they seem to be in the ‘store of value’ camp.

This means that regulations on crypto’s and crypto exchanges are coming. This is inevitable.

What many people do not understand is when larger institutions begin buying Bitcoin and other digital assets, there will need to be depositor insurance. Remember, right now institutions are offering it for their clients, it is not the bank itself buying crypto’s. The latter case is when regulations will matter.

If you are a bank, you cannot buy crypto’s knowing that when price increases, some of these crypto exchanges will not have the money to pay out. We have seen plenty of examples of crypto exchanges closing due to the disappearances of the owners etc. Investors lost out because their funds were not covered by depositor insurance. 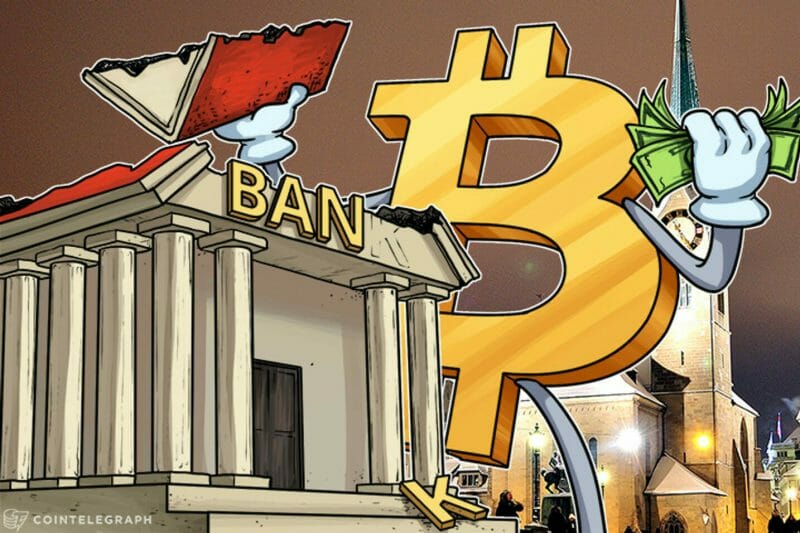 So in summary, I believe regulations will be positive for crypto’s because it will see institutions pouring large amounts of money into this asset class. BUT, and this is a big BUT: it would defeat the original purpose of Bitcoin and cryptocurrencies.

The hardcore crypto bulls love Bitcoin and other coins because it is a marketplace away from Wall Street. The key word is that it is decentralized. Once Wall Street and the banks get their hands on it, they will be able to control major moves. In a way, Bitcoin then becomes centralized.

Hence why I am more interested now in DeFi tokens, or Decentralized Finance. Even Elon Musk tweeted, “Do not defy defi”.

DeFi is becoming the way out of crypto’s as hardcore crypto enthusiasts expect regulations and Wall Street intrusion. I participated in my first pre-sale, and I will discuss my experiences in a future Market Moment. But I believe the DeFi space is going to create some monster moves and gains.

For those interested, check out the video below, and you can take a look at the top DeFi tokens by Market Cap here.

Bitcoin to be Banned?

Ray Dalio is admired by investors and hedge funds. I mean he founded and created the world’s largest hedge fund Bridgewater Associates.

Dalio is not the head of Bridgewater anymore, but his analysis on markets and geopolitics are well respected. A few years back in 2019, he made his famous “cash is trash” comment. Why be in bonds that yield nothing, when you can be in Gold which can move more than 3% in a month, and is probably the safest currency out there?

In a way, Dalio warned us of what was to come. Unlimited money printing.

Ray Dalio just mentioning Gold saw large funds begin considering taking positions in the precious metal. If funds even allocate 5% of their portfolio’s into Gold, the prices of the safe haven metal would be much higher than they are now. For the Gold bugs, rest assured, Mr. Dalio is still bullish on Gold.

In terms of geopolitics, Dalio has said that we are paralleling the 1930’s and 40’s. And this was before the pandemic. He has been spot on as the pandemic has created employment numbers which have eclipsed the Great Depression. Not only are their similarities between central bank policies and the economy, but also the fact a rising power is challenging the established power. In the 30’s we had Germany challenging Britain, and today we have China challenging the US. Anyways if you are someone who enjoys geopolitics and market cycles like I do, I encourage you to read his work.

What I want to talk about is Ray Dalio’s recent controversial comments regarding Bitcoin. 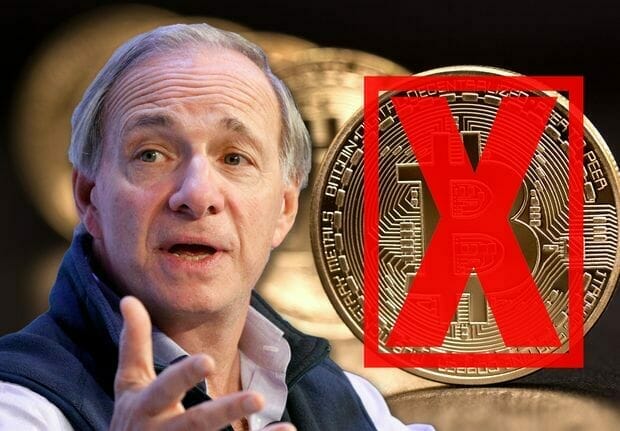 Will Bitcoin see the same fate as Gold in the 30’s? Dalio believes there is a good chance.

For those that do not know, the US government outlawed ownership of Gold. This ban was uplifted in the 70’s, after the US went off the Gold standard.

″[B]ack in the ’30s in the war years … because cash and bonds were such bad investments relative to other things, there was the movement to those other things, and then the government outlawed them,” Dalio told Yahoo Finance on Wednesday. “They outlawed gold.

“That’s why also outlawing bitcoin is a good probability,” he said.

I have also thought that Bitcoin bans are forthcoming, but not necessarily due to controlling capital flows. My concern comes from the central banks…and Ray Dalio shares the same concerns:

Dalio explained that “every country treasures its monopoly on controlling the supply and demand. They don’t want other monies to be operating or competing, because things can get out of control.”

Central Banks have had the power to control and issue money. They will NOT give this power up. The dark truth is that they will offer us THEIR digital currency in order to track, but more importantly, TAX all money flows.

India is the first country attempting to ban cryptocurrency and punish miners and traders.

How would the US and other western countries do it? I think it would be more simple because people comply to authority. Don’t believe me? Take a look around you.

All governments would have to say would be, “we are banning Bitcoin. If you are found with some, or do not sell yours off (mind you we know since everything is digital), you will face fines and possible jail time”.

The Bitcoin network and blockchain will not go down. The hardcore enthusiasts will hold, as Bitcoin was originally a way to battle against governments and banks. But Joe Schmoe and Jane Doe won’t take the risk. The new money is not really into crypto’s for its decentralized idea. They are in it for the gainzzz. And if they would face jail time or fines, they will cash out no doubt about it.

So I repeat: this is why I am very interested in DeFi tokens. These were created because developers know regulations, and yes, even a Bitcoin ban, is possible. Central Bank digital currencies is 100% as it will be a way to spur the economy and recovery. Negative rates and a digital currency will force one to keep money with the banks. The more you have saved up, the more you will pay the bank monthly. The goal is to get people to spend to spur the economy. Oh, and taxes. Which need to go up in order to pay for all the government fiscal policies. 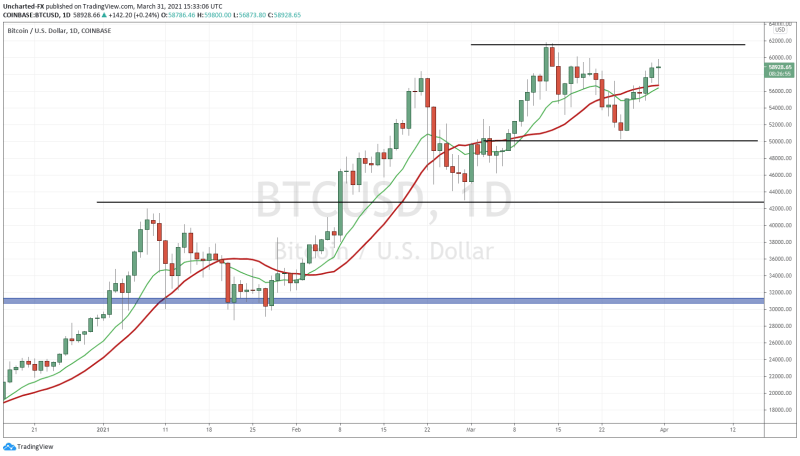