Pasha Brands (CRFT.C), one of the most active M&A companies in the Canadian marijuana industry, announced another major supply agreement on Monday.

Unlike previous supply agreements, where taking market share from illicit producers was implied, Pasha is being explicit about its intent to crush the drug cartels that are still supplying the vast majority of weed to Canadians.

OK, maybe I’m being a little dramatic. Publicly-traded companies don’t usually talk about crushing drug cartels or anything of that sort. But Pasha has made it clear that it aims to correct the supply imbalance in the Canadian marijuana market one microprocessor at a time.

In an official press release, Pasha Brands announced a new supply agreement with Tamara Follett, a New Brunswick-based micro cultivator. The timing was perfect, as Follett just received her license from Health Canada last week (on Friday the 13th, to be exact).

Under the new agreement, Follett will supply her entire production to BC Craft, one of Pasha’s leading cannabis brands. It’ll be sold as dried flower through Pasha’s nation-wide supply chain.

Follett says the new supply agreement will help her focus on what she loves: growing cannabis.

“As a small business operator, I’m always looking for service providers that allow me to focus on my core competency,” she said.

“Tamara represents so much about why we created Pasha and the BC Craft platform. Far too many small businesses were passed over and forgotten when this government designed legalization. Small producers like Tamara are the heart of craft cannabis and the soul of the cannabis industry.”

It has been a year since Canada became the first G7 nation to legalize recreational marijuana. Many of us thought that legalization would be a boon to suppliers, but it hasn’t quite worked out that way – at least, not yet.

A backlog of marijuana licenses at Health Canada has created a supply shortage of legal product. Not only has this resulted in a large discrepancy in price between legal pot and the kind you can buy on the streets, it has forced many in the industry to temper expectations of the marijuana boom.

Early earnings reports from some of Canada’s biggest producers suggest that marijuana is overpriced. As the Financial Post keenly observed:

“In some cases, the sales figures were microscopic in relation to the valuations the companies are carrying.”

Pasha has announced several major supply agreements in recent months to ensure adequate supply of cannabis is welcomed into the regulated supply chain. As the company said in its press release, 85% of Canada’s domestic supply is still largely sourced from illicit producers. Something’s gotta change for this whole legalization thing to be worth it.

Shares of Pasha nosedived at the start of the week, ending what appeared to be a period of somewhat steady trading conditions.

With the fall, Pasha’s market capitalization dropped to around $53 million. When I covered CRFT.C last week, it had a market cap of over $71 million.

Given that we are still in the early stages of legalization, investors need to be forward-looking if they want to invest in the cannabis market. An investment in CRFT.C is a bet that Pasha will be able to fill the supply gap currently undermining the legal industry and use its brand power to boost consumption. If you’re willing to make that bet, by all means, load up on CRFT.C while it’s cheap. 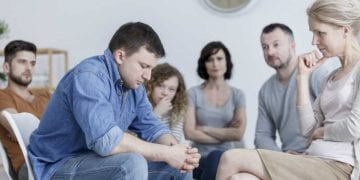