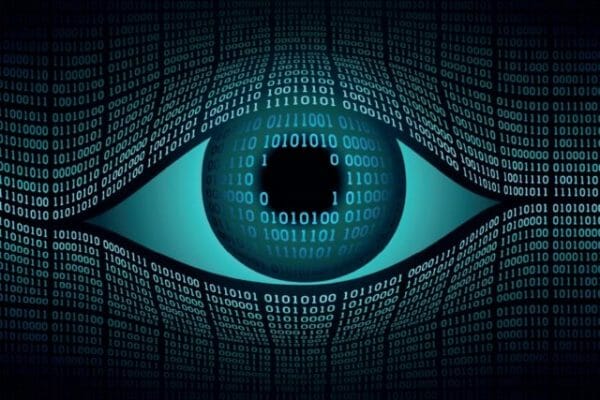 Privacy is the price we all pay for living in advanced capitalism.

The flipside of this argument is that while this new regime spells potentially terrifying new avenues for the individual citizen, locked within are opportunities for the canny investor. While it’s horrible to consider for some, each potential calamity represents an opportunity for the clever.

The raw facts of the matter are that unless we’re willing to commit to a life of relative isolation in a house we’ve built ourselves with an eye towards self-sustainability and our own territorial self defense, privacy as we know it is obsolete.

In its place is the illusion of privacy. We ignore the cameras, don’t worry about where our information is going when we tap our cards, and don’t think too hard about the fine details of our online clicks.

Technology, and our fascination with it, has sounded its death knell and ushered in what Harvard business school professor Shoshana Zuboff calls surveillance capitalism in her book The Age of the Smart Machine: The Future of Work and Power:

“Surveillance capitalism unilaterally claims human experience as free raw material for translation into behavioural data. Although some of these data are applied to service improvement, the rest are declared as a proprietary behavioural surplus, fed into advanced manufacturing processes known as ‘machine intelligence’, and fabricated into prediction products that anticipate what you will do now, soon, and later.”

But it’s not the end of the world.

There’s still a handful of ways to make this work for you.

One of the latest initiatives in city management is the construction of so-called smart cities. These cities use internet-of-things (IoT) censors to monitor, track and ultimately control the actions of their citizens. Mostly, these are benign and often helpful hints and tips, such as the optimal place to stand on the subway, and assistance with law enforcement.

Since information is power it’s important to know how it’s being used, and could be used in the future.

Primarily, the data gets bundled into data sets which are used to improve the functioning of the city, but on a more annoying and benign level, it’s being bundled up and sold to big data corporations to be disseminated to advertisers. But there is a more serious side as well, such as the potential for abuse by reactionary forces, and the possibility of developing a smart-city into an oppressive panopticon. Especially given the recent rise of reactionary populism in Europe and beyond.

This is worth watching.

Your phone is compromised

For most of us, our phones have surpassed technology and almost become our closest confidantes. When we were younger, the thought that we would someday have the store of the world’s knowledge in the palm of our hands was wishful thinking. Teachers told us to memorize math formulas because we wouldn’t always have a calculator to do the work for us, and now we can chuckle with self-satisfaction that we had the last laugh.

Except we don’t have the last laugh.

Edward Snowden informed us that our smartphones have ears of their own, and the internet isn’t exactly a safe haven for your information. Nor were our telephone records. In fact, Snowden revealed that the governments of five world leading countries were regularly listening in on our conversations.

This isn’t new information and shouldn’t come as a surprise.

Now there is a growing moratorium on Huawei phones amid a growing security scandal, in which the U.S. and Australia have banned Huawei equipment for their 5G networks.

“A country that uses data in the way China has – to surveil its citizens, to set up credit scores and to imprison more than 1 million people for their ethnic and religious background – should give us pause about the way that country might use data in the future,” said Robert Strayer, the State Department’s top cyber official.

Because only the U.S., U.K., Canada, and Australia should have a right to spy on their own citizens.

“In Silicon Valley, they say, ‘This super-unethical thing is a good idea.’ In the Midwest, those conversations get shut down very quickly,” said Joshua Montgomery, an aerospace engineering who works on cyberwarfare as a captain in the Kansas Air National Guard.

Even though most Americans don’t put a high priority in their privacy, Montgomery says that 20% of people won’t buy an Echo because it creeps them out. He anticipates that number to grow as the consequences of conversations with data-collecting devices become clearer.

If you wanted to hide from Silicon Valley, first you would have to stop typing your cellphone number and e-mail anywhere in the internet.

“A phone number is worth more on the dark web than a Social Security number. Your phone is so much more rich with data,” says J.D. Mumford, who runs Anonyome Labs Inc. in Salt Lake City.

“Google makes upwards of 90% of their revenue off of advertising. Which means they’re going through my email to target me. That scares me. My mom had a terminal illness, and I would communicate with her via Gmail. She didn’t want people to know about it. So I didn’t want Google to,” said Mumford.

Back in 2017, Google said they would stop tailoring ads based on email contents, but they lied. The Wall Street Journal discovered that the company had continued to give marketers access to users’ emails.

These company’s excesses should perhaps be curtailed and individual citizens should be properly educated on what’s being done with their information, but each of these companies represents an opportunity.

People are giving it away

And there are a lot of people out there who agree with this insidious argument without thinking it through. For example, this may be true under a benevolent government that always has your best interests at heart, and if you live under a regime like that then good for you. But not everyone does and for plenty of people in the world, the opposite is true.

Still there are people who willingly give away their information.

Law enforcement and intelligence services from all over the world, representing every aspect of the political spectrum, troll our social media accounts, managing our perceptions.

We do a disservice to our privacy by giving passwords to our social media, e-mail and more. They’re stored in the cookies on our computers, which can then be hacked remotely from insecure wireless networks—especially those found in coffee-shops. The IoT devices in our homes build sophisticated portfolios about us based on our usage, and send it back to the manufacturer so they can better market us their products, and sometimes they lose that data, or have it stolen such as the infamous Sony (TYO: 6758) breach from 2011.

And then there’s this guy who just called up and asked for the information on his “wife” and received it without a second thought.

It’s appalling how little we think about our privacy that we’re willing to give it up so willingly. Like the freedom of speech, it really is one of those hidden, unsung rights we’ve always taken for granted—and we’ll only recognize the lack when it’s gone.

The takeaway is that we can’t necessarily avoid the loss of privacy, but we can better educate ourselves on how it’s used, and maybe even approach the means by which our data is used in a democratic fashion. But we have a long way to go.

And maybe we can even make a little money on the way by investing in companies that behave in ethical privacy-positive ways.