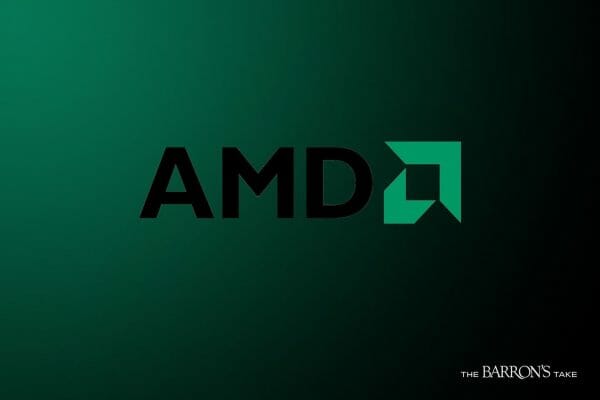 It also consumes less power and will reduce costs for data-centre owners by half.

How about this one?

Yes. They’re both worth that much for what companies want to do with them.

Maybe I’m showing my age, but I was happy as a younger man when my computer would play the Neverwinter Nights franchise. I’d brag to my friends how my new duo-core AMD processor could run circles around their Pentium 3.

This new processor has 64 processing cores and uses 7nm process technology. A quick Google search for 7nm yields this:

CPUs are made using billions of tiny transistors, electrical gates that switch on and off to perform calculations. They take power to do this, and the smaller the transistor, the less power is required. “7nm” and “10nm” are measurements of the size of these transistors—“nm” being nanometers, a miniscule length—and are a useful metric for judging how powerful a particular CPU is.

For reference, “10nm” is Intel’s new manufacturing process, set to debut in Q4 2019, and “7nm” is usually referring to TSMC’s process, which is what AMD’s new CPUs and Apple’s A12X chip are based on.

Sure. So basically, it’s a reference to the manufacturing process. Good to know.

Also, any comparisons to my old gaming computers are way off-base because these chips are meant to be used in massive data collecting factories in Silicon Valley and beyond.

Still, if you’ve got money in AMD you can’t hate this chip.

It’s drawn some of Intel’s biggest customers like Google, which has already started using it in their internal data centres, and may offer it to external developers as part of its cloud computing offerings. Twitter will be upgrading to second-generation EPYC processors in its data centres later this year, according to the company. Other interested companies include Microsoft, Lenovo and Dell.

“We’re already seeing some great performance out of a variety of workloads. The chips will provide services at a much cheaper cost when they’re offered to customers of Google Cloud,” said Bart Sano, vice-president of engineering at Google.

About a decade ago, AMD had 20% share of the market and then proceeded to flog themselves with delayed and underperforming products. That let Intel to chew gigantic chunks out of their market share, and reduce them to less than 1% in a market where chips could go for more than $10,000 each. By the end of Q2, AMD had 3.4% share, according to Mercury Research, which was a respectable jump from 1.4% at the same time last year.

The chart shows that the last month has been somewhat shaky for the tech giant, but has shown some significant recovery with the arrival of the new chip. This could be an interesting return to form, and who knows? Maybe one of these days I’ll get to brag about my new AMD processor again.