On April 15, 2019 Chemesis International (CSI.C) announced that it plans to purchase a cannabis manufacturing facility in Arizona, that is already up-and-running, generating about CND $1.3 million in Q1, 2019. 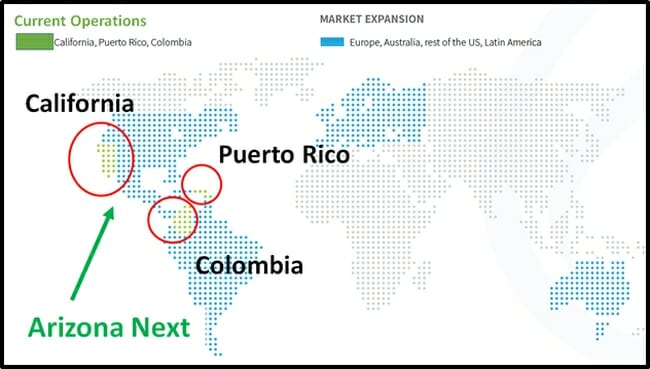 With the addition of the Arizona facility, Chemesis will be a multi-state operator.

The 5,000 square feet Arizona manufacturing facility is a “turn key solution” that produces 100% cannabidiol (CBD)-based products, such as “hard and soft-capsules, cartridges, lotions, tinctures, and other liquid formulations.”

Although medical cannabis has been legal in Arizona for 8 years, recreational pot is still illegal. Thirty-seven percent of AZ voters identify as conservative, versus 21% who identify as liberal. 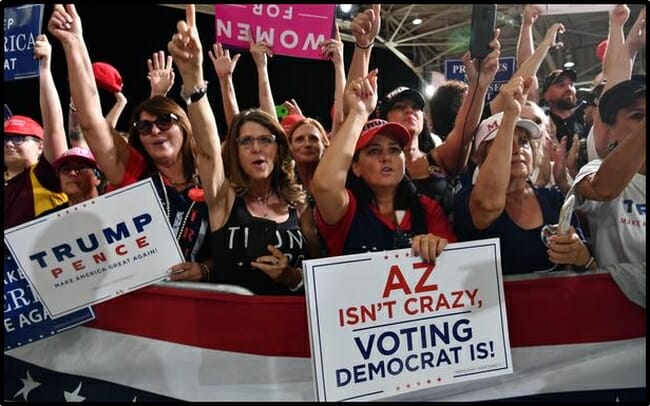 According to the Arizona Medical Marijuana Act, patients must carry their medical card when in possession of cannabis. Medical marijuana patients are allowed to drive with THC in their system.  Other drivers can be charged with a DUI if THC metabolites are found in the body.

Despite this, AZ law enforcement occasionally decides to pick a fight with local medical cannabis patients.

After Wanko was stopped for a minor traffic violation, Yavapai County attorney Sheila Polk decided to prosecute him, citing “a discrepancy between the state criminal code, which defines cannabis as an illegal drug, and the medical marijuana law only applies to marijuana in plant form.”

Although Yavapai Country has about 1,400 violent and property crimes per year, Polk still found time to gain a conviction and 2.5-year sentence for another marijuana cardholder who was carrying the wrong type of THC.

The ACLU has pointed out, that for some patients, leaf is not a good choice, “specifically young children who suffer from seizure disorders and can only get relief from CBD oils and THC oils.”

“If anyone could tell me how I could do things differently, from the time my oncologist told me to explore marijuana, to the time I got arrested, I’m all ears,” stated Wanko.

In the You Tube Video, “Was Sheila Polk Bribed by Anti-cannabis Alcohol Industry?”, Polk opines on the ethics and science of cannabis.

If adult-use cannabis attitudes and laws change in Arizona, there is a potential for Chemesis’ manufacturing facility to expand operations into THC extraction.

In the meantime, CBD is an unrestricted product in Arizona – and the locals are warming to it.

A pizzeria in downtown Tempe, AZ (pop. 185,000) allows customers to add CBD oil to its pizza and drinks.

“I believe in innovative forms of treating pain and mood disorders,” Christopher Palma, owner of Spinelli’s Pizzeria told ABC News, “I’m so proud we’re the first bar and restaurant in the area to offer CBD extract to our guests.”

At Spinelli’s it costs $5 to add CBD to a single slice of pizza, $10 to a whole pizza, or you can order CBD-infused cocktails including, The Drug Mule (Tito’s Vodka, Agwa de Bolivia, Goslings Ginger Beer, fresh mint, CBD).

The CBD market potential across the United States continues to grow and Chemesis is positioning itself to quickly gain market share in an industry that is expected to exceed $2.1 billion by 2020.

Three weeks ago, CSI announced a partnership with First Medical Cannabis, for exclusive cultivation of CBD-rich hemp in Puerto Rico.

With the First Medical Cannabis deal, Chemesis will be able to cultivate high yield CBD derived from hemp on a large scale for distribution on the island and the mainland USA.

On April 9, 2019 CSI announced that it will “produce and distribute its all-natural CBD product line Viverian, in Puerto Rico, through its subsidiary Natural Ventures.”

CSI is collaborating with filmmaker Kevin Smith and “Silent Bob”.

Equity Guru’s Chris Parry considers Kevin Smith “One of the top three best endorsement targets (for a cannabis company) in the world today.”

“@jayandsilentbob used to sell weed in the movies,” wrote Mr. Smith in recent Instagram post, “Now, thanks to the good folks at @chemesis.tv , Jay and Silent Bob are selling weed in real life! 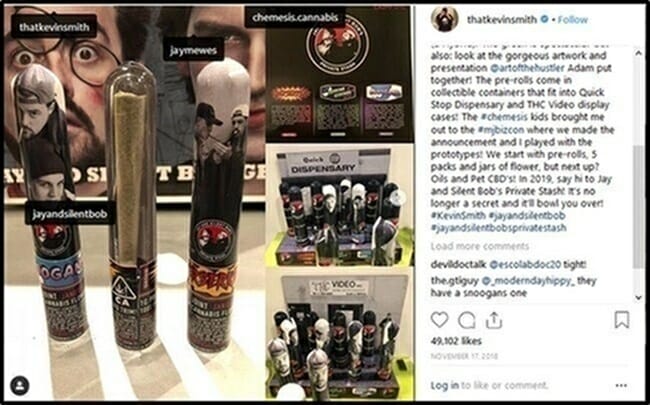 “The Facility in Arizona brings strong bottom line revenues and a team of operators that will help us expand to multi-state operations,” stated Edgar Montero CEO of Chemesis. “Chemesis plans to explore expansion opportunities into additional states.”

Full Disclosure:  Chemesis is an Equity Guru marketing client and we own the stock.