On April 9, 2019 Chemesis International (CSI.C) announced that it will “produce and distribute its all-natural CBD product line Viverian, in Puerto Rico, through its subsidiary Natural Ventures.”

The Commonwealth of Puerto Rico is an unincorporated territory of the United States located in the northeast Caribbean Sea, about 1,600 km southeast of Miami, Florida.

Although Puerto Rico does not have a vote in the U.S. Congress, Puerto Ricans have been citizens of the U.S since 1917.

We mention this because one senior U.S. politician has been struggling with the concept that Puerto Rico is PART OF THE USA. 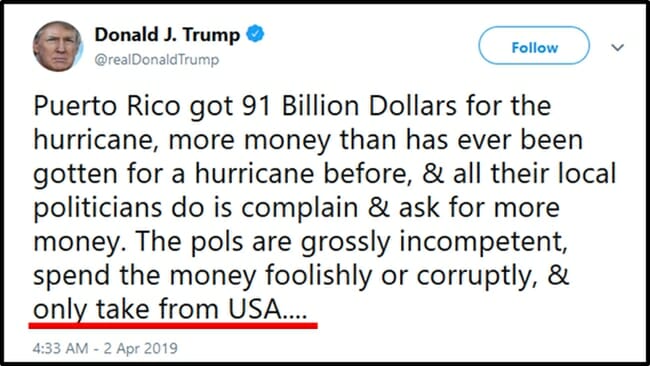 Three weeks ago, CSI announced a partnership with First Medical Cannabis, for exclusive cultivation of CBD-rich hemp in Puerto Rico.

With the First Medical Cannabis deal, Chemesis will be able to cultivate high yield CBD derived from hemp on a large scale for distribution on the island and the mainland USA.

Chemesis will initially have access to 1,000 acres for hemp cultivation, with the option to expand up to an additional 5,000 acres – creating a total potential of 6,000 acres of prime agricultural estate.

Viverian is a hemp-derived CBD product line that promotes healthy living and provides consumers with quick and easy methods of consumption.

The product line includes CBD tinctures, as well as capsules that may assist with sleep, relaxation, improved concentration, relief for discomfort, and improved overall health and wellness. These products have been lab tested, are THC free, and made of 100% botanical ingredients.

Despite the deafening buzz surrounding CBD as a Health & Wellness product, most clinical studies have been centered on its effectiveness in treating epilepsy and psychotic disorders.

According to one recent academic study published by The National Institute of Health, “the positive effect of CBD on obsessive compulsive behavior in mice, reported no side effects.”

Another study found that “low doses of CBD invoke physiological effects that promote and maintain health, including antioxidative, anti-inflammatory, and neuroprotection effects.”

About 40% of the Equity Guru staff currently ingest CBD for a variety of ailments. We think of it as an “organic muscle relaxant”; a booze-less martini, a Percocet with no buzz, a cortisone shot with no needle.

The Puerto Rican Department of Health has been re-jigging and refining its CBD regulations.

The new laws allow Natural Venture to crank up its manufacturing facility, incorporating hemp-derived CBD in to its portfolios with the proviso that “the products are entered in to the tracking system and tested through licensed labs in Puerto Rico.”

Chemesis expects Viverian products will be on dispensaries shelves in the next three weeks.  It will also offer “contract manufacturing services for other licensees in Puerto Rico.” 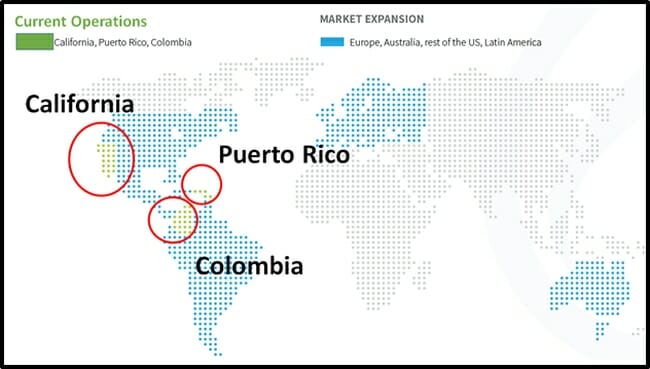 “CSI is set to purchase 19.9% of the outstanding common stock of GSRX Industries (GSRX.Q) and gain a foothold in dispensaries across the U.S.” wrote Equity Guru’s Ethan Reyes on April 1, 2019, “

GSRX is primarily focused on is acquiring and operating retail cannabis storefronts in Puerto Rico and California.

The company recently completed construction on its seventh medical cannabis dispensary in Puerto Rico, with operations set to begin once approval from the Department of Health of Puerto Rico has been received.

CSI is collaborating with filmmaker Kevin Smith and “Silent Bob”.

Equity Guru’s Chris Parry considers Kevin Smith “One of the top three best endorsement targets (for a cannabis company) in the world today.”

“@jayandsilentbob used to sell weed in the movies,” wrote Mr. Smith in recent Instagram post, “Now, thanks to the good folks at @chemesis.tv , Jay and Silent Bob are selling weed in real life! 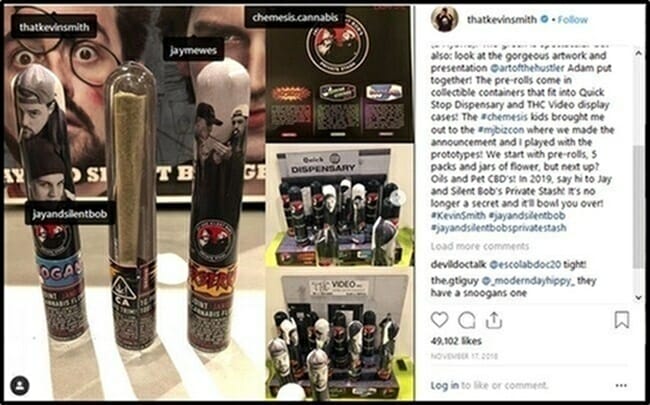 “Chemesis believes it has an advantage in the Latin American CBD market,” stated Montero, “as it is able to leverage its state-of-the-art facility, its previously announced partnership with First Medical that brings up to 6,000 acres of hemp cultivation, and its all-natural Viverian CBD product catalogue.”

Montero states that the launch of Viverian extends, “penetration into the Puerto Rican CBD market.”

Full Disclosure:  Chemesis is an Equity Guru marketing client, and we own the stock.